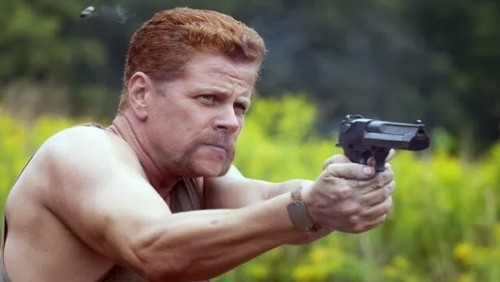 The Walking Dead saunters on as it always does, but last night, for the first time since season one, the show offered us something extremely important, a purpose.

For too long, the show has been about survival, and nothing else. Ever since the CDC turned out to be a bust in the shortened season one finale, the group has been simply trying to not die. There hasn’t been one word about “solving” the zombie epidemic, and really, since they got to the prison there hasn’t even been anywhere they’re heading. The show has been aimless for the better part of two seasons now, but that finally might be starting to change.

There are now two different “directions” where the characters and the story are actually moving toward something instead of just wandering in circles. The first we saw last week, the “sanctuary” which promises to be a haven for anyone who wants to survive, and it’s where 80% of the cast appears to be heading.

The second development may or may not have to do with the first, but either way, I’m excited that at least some reference is being made to the larger zombie epidemic, however far-fetched it may seem. We’ve now been introduced to Abraham Ford and his posse which includes a Latina Lara Croft and a redneck Rain Man with the supposed power to save the world. On the surface it seems highly unlikely that this goofy crew would have any ability to do what they claim, but at least they’re hinting at a larger plotline and an end goal, something that has been absent from the series for quite some time. 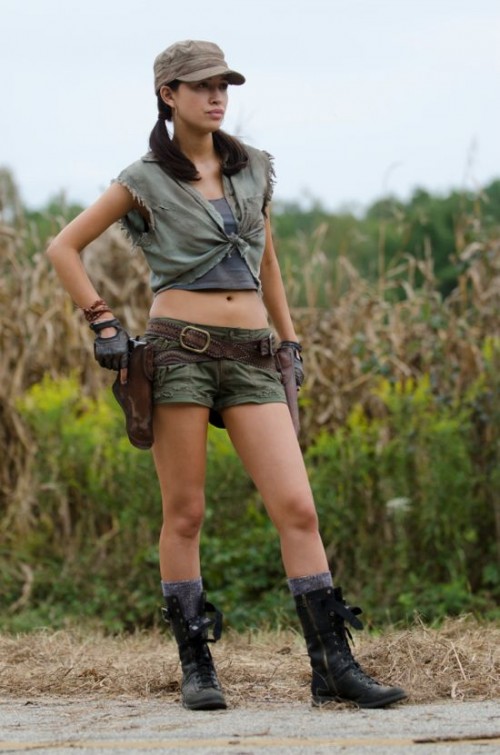 Less clothing for the zombies to grab, obviously. Don’t question the pigtails.

I’m not quite sure what to make of this new crew so far. I like the fact that Abraham seems like he isn’t going to be a villain, appears to be a more lighthearted character than the dour survivors we’re familiar with. I worry that he and his two friends may be too cartoony, as he’s practically Yosemite Sam, his girlfriend looks incredibly out of place on the show with her booty shorts and cinched top, and the autistic-ish doctor felt a tad ridiculous even with his limited lines.

That said, maybe it’s time for the show to lighten up a bit. Everyone has been through trauma after trauma and feels shell-shocked at this point. Nearly all the characters look and act the same way now with gaunt faces and a universally nihilistic outlook on life. It’s a rough situation when suddenly Michonne is the happiest one in the group, and I think the show may need a good-natured shake-up like Abraham in his crew. Of course he could turn out to be horribly sadistic and evil for all I know (I gave up reading the comic), but for now, I like the different flavor he brings.

Once again the strongest part of the evening was Michonne and Carl, and he gets to be the first one to hear about her lost toddler, Andre. Their interactions have always been great, and the two have real chemistry. Though if they ever start pursuing a “Carl has a crush on Michonne” angle I’m quitting the show forever. 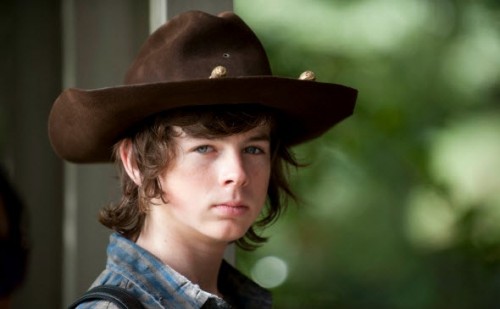 “Hey girl, I like the way you slice dem heads off.”

Rick’s escape from what appears to be the remnants of a biker gang that randomly stumble into his hiding place was sort of exciting, but not half as gripping as it could have been had the sequence not been sliced up into a zillion pieces and interspersed with Michonne’s canned cheese antics and Abraham’s traveling circus. Those two plotlines made Rick’s feel out of place, and the tension was often lost between scene breaks and commercial cuts.

As the action was unfolding, I thought about True Detective, a show which orchestrated a masterful one-shot of a robbery gone wrong in a previous episode, which made for one of the best action sequences in TV history. Not to say Rick’s Die Hard-esque escape from the house should have been the same sort of epic single take, but more of the pieces needed to be glued together to keep the tension up. I did like him carefully dodging all the men then accidentally running into the guy on the john, however.

(Side note: I’m pretty sure I recognized the actor who played the “tennis ball” thug, though I’m not sure from where. Did you? Will we see him again?)

The Walking Dead continues to be “pretty good” and forever just a rung or two short of “great.” The quality of the episodes varies dramatically with the full spectrum seen in the first three of this half season (first – fantastic, second – terrible, third – in between). I am excited for fresh mysteries, new characters and finally, finally, some semblance of a sense of purpose. We’ll see where it all leads.