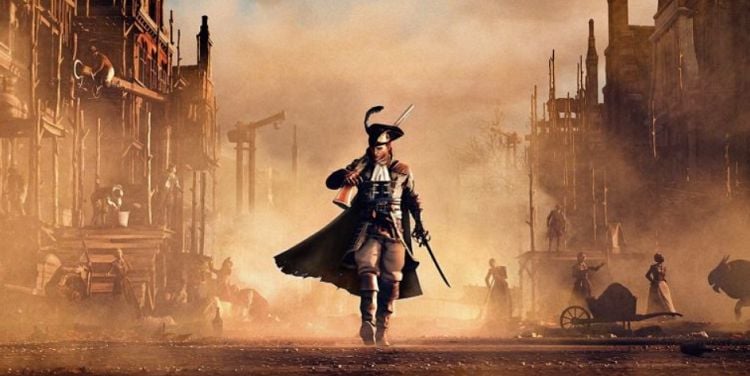 Gone are the days where having fun meant going out to play and socialize. With technological advancements, video games have become a staple of entertainment for young and old alike, and gaming has helped some become millionaires. Among the highly-rated video games is GreedFall, which was released in September 2019. It has lots of positive reviews, and if you are yet to try it, you are missing out on loads of fun. If you have never played the game and are curious, let’s tell you about the GreedFall classes you have to choose from and what they entail.

According to Forbes, the class you choose will depend on the type of weapons you prefer. Each class avails you a set of attributes and skills that will come in handy in the early parts of the game and will have a say on the overall experience. Therefore, it is crucial to carefully choose even though you can still change the class later in the game. The three classes have the same skill tree. When you choose a class, you activate a node to get weapons corresponding to that specific class. The three classes available are:

If you have a particular liking for blunt melee weapons, this is the right class for you. The starting skills in this class are firearms, one-handed blades and one-handed heavy weapons. On the other hand, the starting attributes are vigor and craftsmanship. Since the weapons are heavy, players are forced to move much slower, enabling enemies to come closer. The need for heavy weapons in Warrior class is to facilitate you to break the enemy’s armor. As a result, you are left at a very vulnerable position because you must be close to the enemy to attack. Luckily with vigor as a talent, you rejuvenate faster and quickly access what would seem impossible due to the amount of balance required. Moreover, since craftsmanship is an attribute, you are given the ability to repair and upgrade your weapons for effective combat.

SVG explains that if you prefer a combat style that demands the use of strategy and control, Technical class will be perfect for you. The site explains that while the Warriors may seem like they are winning because the damage is immediately evident, the Technical players may do a lot more harm to their enemies in the long run based on their end-game. To facilitate their strategy, the Technical players have elemental traps at their disposal, in addition to the one-handed blades, thrown vials, weapon coatings and firearms.

As for the attributes availed, players in this category have science and lock picking talents. Science enhances their ability to craft potions and ammunition. Lock picking, on the other hand ensures that they pick locks to access otherwise inaccessible areas. It also enables them to spot traps. The one-handed blade also means that sometimes the player has to be close to the enemy to attack. While this exposes them to more danger, most players agree that it is gratifying to take out the enemy in close combat than when using firearms to eliminate enemies across the battlefield.

Gamers Heroes discloses that the best swords to use in this class are 1h and 2h based on the recommended stats. The one-handed swords reach their full potential after investing only two points which is not so bad because you do not need the two-handed swords at the start of the game. Breaking the enemy’s armor is easy thanks to the bombs, and you can use about four weapon coatings to, later on, deal with the bosses.

As the name suggests, choosing the Magic class extends to you the ability to cast spells, but you have to be careful how often you use the spells. Since a mana bar fuels the magic, each cast spell causes a reduction in the bar, which will automatically fill up with time. Alternatively, if you are in a rush for regenerating the mana bar, you will have to drink a potion. Players in the Magic class are referred to as Mages, and you can choose to be one if you like magic and long-ranged combat.

The skills in this class are stasis, one-handed heavy weapons, and magic rings. The magic rings come in handy when casting spells while stasis can also be used to cast freezing spells without the need for a ring. Mages’ starting talents are science and intuition; science is essential in making potions and ammunition while intuition helps in dialogue, exploration, and mapping. With time, Mages also get to have more abilities that include improved mobility, crowd control and healing power.

It is quite interesting because with only a spell you can attack a large group of people. However, if you ignore the mana bar and run out of spells, you have to use melee combat as you do your best to come up with a portion fast enough to annihilate the enemy. Once you get the hang of it, one player in Steam Community said that level 1 science portions are all you need to survive. According to another player, you do not even need to protect yourself with armor; a shirt will do.

How to Change a GreedFall Class

According to Game Pressure, you are allowed to change the class you choose at the beginning of the game. However, this will only be after defeating the first boss, and as per the article, it happens at the end of the prologue of the city of Serene. Once you defeat the boss, you can choose a different class. The starting skills and talents will be automatically modified to reflect the change. Instant modification allows you to continue playing in the new class without finding and looting equipment.

One of the most memorable Christmas gifts I’ve ever received was a Sony Playstation. Since then, video games have been a huge part of my life. I’m proud to call myself a gamer, yet I…

Back in 1995 when the original X-Com was released, PC gaming was still a fringe hobby for those lucky enough to own a computer. Traditionally PCs were for work or for those who needed to…

httpv://youtu.be/d-3GMHIgR-U Sony has released the above video along with an announcement of a “big event” schedule for February 20th which has my invitation lost in the mail, it seems. What could it possibly be about???…

I haven’t played Halo in so long, that it sometimes seems like a distant memory. But I would be remiss if I didn’t remember that Halo 3 was probably the most time I’ve ever put… 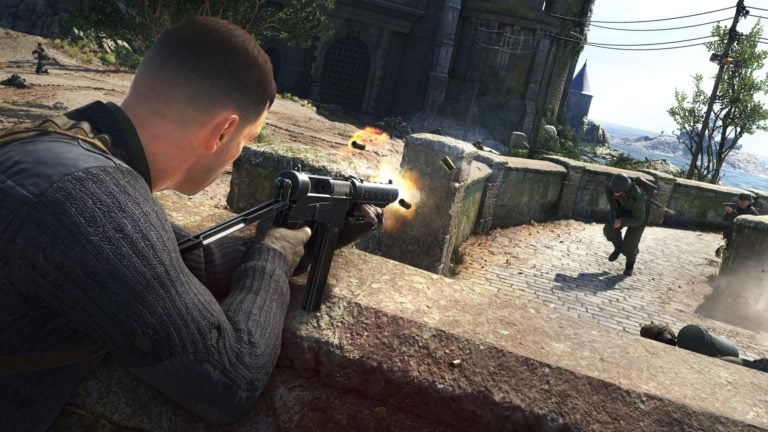 There is no doubt that there is a deep-rooted love for stealth and tactical espionage which Sniper Elite 5 will excel at. Developer Rebellion has been constantly cranking out entries for the Sniper Elite games…

(click to enlarge) As much as we love our readers who have cute girlfriends who dress up in tiny fighting game costumes, it’s cool to see that the depth of talent in costume crafting extends…