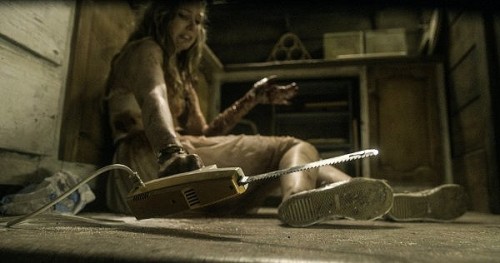 Remakes in Hollywood are nothing new, especially over the course of the last decade. But one that has the explicit blessing and guiding hand of its original director and star? Now that’s something you don’t see every day.

After years of fans begging for Bruce Campbell and Sam Raimi to reunite in Evil Dead IV, the two decided to hand the series over to younger talent instead. It isn’t a sequel, but rather a reboot with an entire new cast and a relatively similar plot. But only just.

The film that newcomer director Fede Alvarez has created is an exercise in the limits of gore in a modern film, attempting to push the boundaries the way the original pair of films did back in the ’80s.

Though The Evil Dead and its quasi-self-remake Evil Dead II were revolutionary for their time, the same can’t really be said with this remake. It would be hard for a remake to feel fresh as is, but in the wake of last year’s Cabin in the Woods which was a brilliant parody of exactly the sort of film this is, it just seems rather dumb. And not dumb enough to be fun, either. 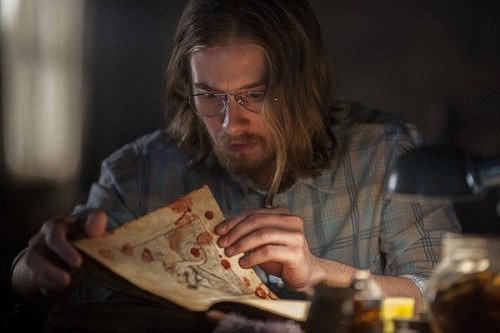 I rather liked how things started, however. Rather than some teen sex vacation, the core group of friends is at the remote Michigan cabin for an entirely different reason. Olivia (Jessica Lucas) and Eric (Lou Taylor Pucci) have staged a rehab clinic for Mia (Jane Levy), their heroin addict friend who wants to quit cold turkey by dumping her dope and being surrounded by nothing but woods for a weekend. Also invited are her long absent brother David (Shiloh Fernandez) and his girlfriend whom I’m not sure is even given a name besides “baby” or “my girl” (Elizabeth Blackmore).  Note that no one is named Ash here.

Mia starts flipping out hours after pouring her heroin down a nearby well, right about the time Eric discovers the Necronomicon in the basement. We’re told of its power in the intro of a film, a weird flashback that has a family executing their demon possessed daughter just in case we needed and explicit preview of what to expect. Why they simply left the book in the basement wrapped in a garbage bag, I’m not sure. I get that it can’t be destroyed, but you may have at least wanted to bury it in the woods or chuck in a lake.

Well, Eric wakes the demon within by reading that famous incantation, and the dark spirit possesses Mia as she attempts to flee back to civilization and more heroin.  The drug addict angle along with a side note about a mentally ill mother lets the group pretend she’s NOT demon possessed for at least a little while, making excuses for the weirdness, but that can only last so long.

The rest of the film sees the group break down as each member of the group is possessed and transformed into a zombie demon hybrid with the penchant for obscene self-harm. Faces are sawn off with glass. Tongues are split with razor blades. Nail guns are emptied into faces. 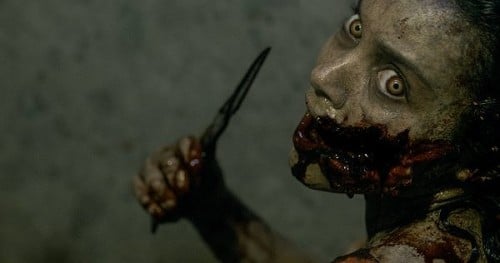 Unquestionably the film’s greatest achievement is its horrifying makeup effects which make The Walking Dead’s zombies look like childish Halloween costumes, and practical effects that create some of the most nauseating gore in recent memory. Blood is spilled like an oil tanker carrying the stuff capsized in the front yard. An average patron might actually walk out of the theater in disgust, but those of us used to the stuff will just study these scenes with morbid fascination. “How did they DO that?” you’ll wonder.

Unfortunately, no amount of gore is enough to redeem what is an overwhelmingly dislikable cast. Jane Levy as the addict/possessed Mia gives far and away the most convincing performance and should be commended for her commitment to the insanity. But everyone else? They seem like on dimensional stereotypes, even for a movie like this. The whiny hippy Eric survives too long for someone so annoying, and David’s unnamed girlfriend barely has a line until she starts to be possessed herself.

David is supposed to be our hero, our Ash stand-in with a torn blue shirt and a young Bruce Campbell look if you squint. But he’s the least skilled actor of the bunch in my estimation, and he’s not someone you’re rooting for to make it out of the mess.

Other than the drug rehab angle, the film stays true to the original’s plot for about 80% of the film. It’s the last 20% that will probably bother fans of the old movies however, and those waiting around for someone to finally start slaying zombies with a sawed off boomstick and a chainsaw arm are going to be sorely disappointed.

Evil Dead can be (and has to be) compared to the original, but should ultimately be judged outside of those films. If this was released today and no one had ever seen this plotline before, would we consider this a good horror film? The gore may make it more memorable than some, but without an intelligent plotline or convincing characters, it’s just a cardboard cutout of a scary movie with buckets of blood splashed on it. 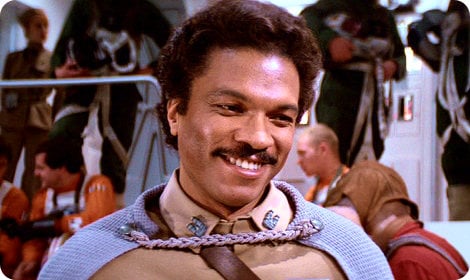 Of all the heinous, immoral acts a person can commit during his or her lifetime, perhaps none is frowned upon as much as the act of betrayal.  We always tend to list loyalty, honesty, and… 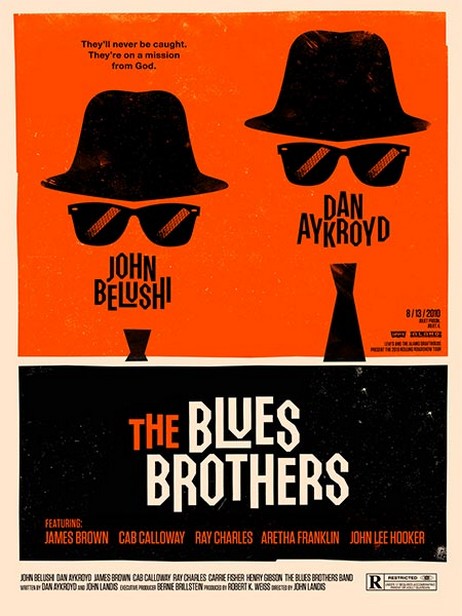 There’s a touring show for movie lovers called the Alamo Roadhouse, which roams around the country and shows classic films for movie lovers in the places where they were filmed. A cool idea deserves some…

The 90’s were a great time for comedies. Riding on the success of big-budget blockbusters like Ghostbusters, 90’s comedies weren’t afraid to mix genres in an effort to appeal to the broadest audience possible. This…

You should remember the line of cute Game of Thrones toys from Funko POP! we featured a little while ago. Well now, somehow, they found their way into the hands of the cast members themselves,… 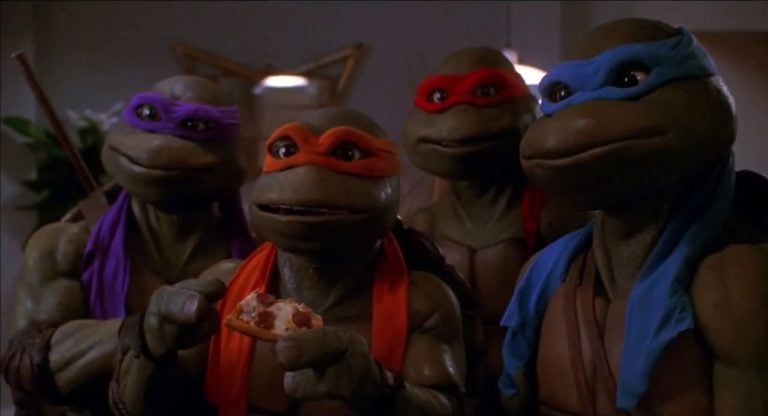 When Teenage Mutant Ninja Turtles first appeared in comics in 1984, everyone was intrigued and hooked at the same time. It was an odd concept at first; four turtles that were adopted, taught, and trained…

(click to enlarge) Before Naboo. Before podracing. Before Hayden Christensen. Before Jar Jar. Before CGI, this is how George Lucas used to make movies. Before things were filmed in a giant warehouse with the walls…