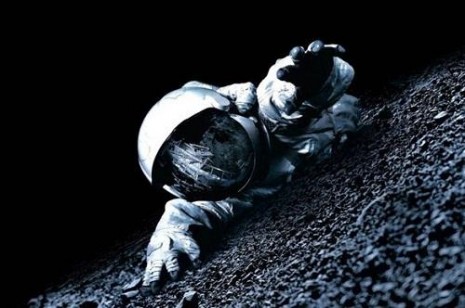 You know, I’m tempted to start to be sick of “found footage” horror films, but really, you can’t argue with results. I appreciate the format in many effective horror films, The Blair Witch Project, Paranormal Activity and Rec among them (let’s not talk about sequels), and there is something about authenticity that makes these films scarier than their traditionally filmed counterparts much of the time.

So I was actually quite intrigued when I heard about a “lost” NASA mission to the moon that had footage mysteriously turn up online. Obviously fake as fake can get, but a rather clever concept for a film and subsequent viral marketing campaign.

Apollo 18 takes a great concept, runs with it for three feet, then trips over itself and fumbles the ball out of bounds. There was a lot of potential here, but the film is sabotaged by a disregard for both logic and the entire concept of film editing, which makes the movie borderline unwatchable. 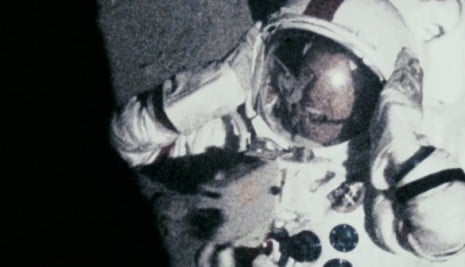 “STOP PLAYING NICKELBACK THROUGH MY HEADSET!”

If you’re like me, you’ve always wondered why we haven’t gone back to the moon after 40 years. It seems strange that with all our technological advances, we couldn’t be sending manned missions there every other week, as there is currently more processing power in my Xbox than in the entire moon lander from that era.

The sad truth is massive budget cuts are to blame, and we’ve lost the will to explore in order to fund and fight pointless wars at home. That’s not a very effective concept for a film however, and so Apollo 18 has a different explanation.

A three man team is sent into space for a secret Department of Defense mission using Apollo 18 as a moniker. One man, Lieutenant Colonel John Grey, pilots the orbiter around Earth while two others, Commander Nathan Walker and Captain Benjamin Anderson head to the moon for some secretive purposes. 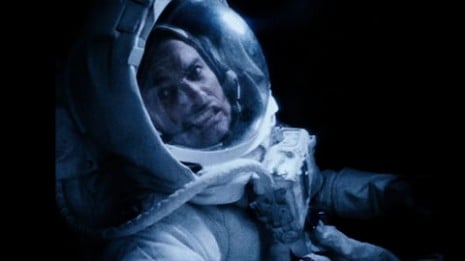 They’re told to place emitters around the area that will act as an early warning system against Soviet missiles, but when they find a derelict Russian spacecraft landed in a crater down the road, and a dead Cosmonaut halfway down a crater, they suspect something else is afoot.

As the three toed footprint on the poster implies, there’s something else on the moon, something that would make us want to stay the hell away for good. Walker soon descends into madness after the discovery, and Anderson has to do his best to maintain his wits and figure out an escape plan.

As I said, I really do love the concept, and even think it’s handled well in the film. The “other” that’s discovered is subtly crafted and well designed, and this really could have been a good movie. 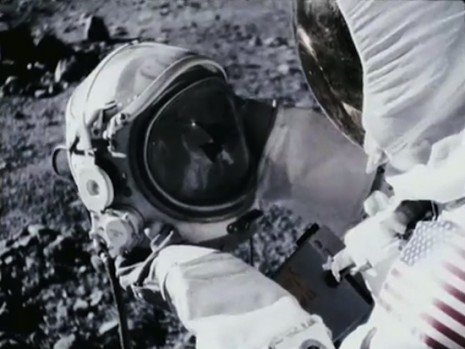 But why isn’t it? Well, there’s a huge disregard for actual science, as it’s depicted that the gravity inside the lander is earth-like, while things a few feet away on the surface are quite a bit bouncier. In fact, there’s so much bad science here, NASA actually had to abandon its involvement with the film, deeming it too “off-the-wall.” This is the same NASA who worked with Transformers 3 for a few segments earlier this year, so you know it’s pretty bad.

Moreover, the film’s real issue is the editing, which is the most schizophrenic of practically any movie I’ve ever seen. They’re playing up the “found footage” angle to an extreme degree, claiming the movie is assembled from bits and pieces of 84 hours that has leaked. But the way it’s put together is just unwatchable. No scene or camera angle lasts longer than 2.5 seconds. The film is constantly jumping across cameras and filters, and throwing in unnecessary distortion effects at every turn. It actually takes WORK to watch, and it’s so heavy on quick cuts and attempting “authenticity” by mucking with the footage that your head will be swimming by the end.

It’s a shame, because such a concept deserved a better treatment. Low-budget horror has produced some of the best films in the genre in recent memory, and with a few changes, Apollo 18 might have fit in that category. In its current form however? It’s better off being shot into the sun.