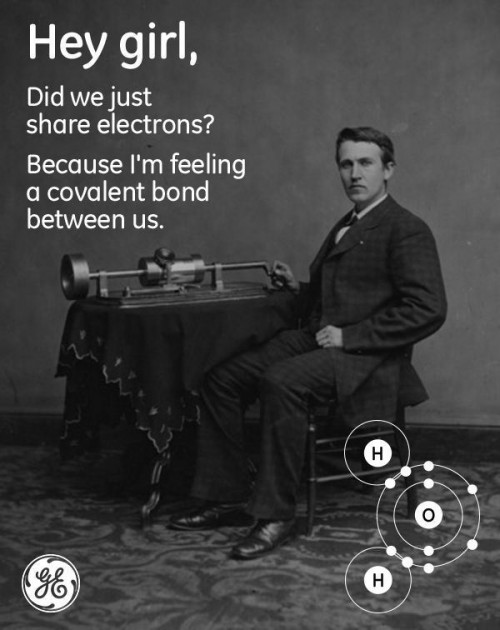 Apparently, GE crafted a clever campaign by using Thomas Edison instead of Ryan Gosling on ‘hey girl’ memes. These lines are actually quite funny and I can imagine my engineering friends saying these phrases. Pick up lines may be cheesy, but I indulge in them if they are witty. On a side note, ‘hey girl’ memes were also popular when people used it on U.S congressman Paul Ryan during the 2012 elections. So, I think GE chose the right meme to ride on.

What do you think of GE’s attempt to promote themselves using these popular memes? 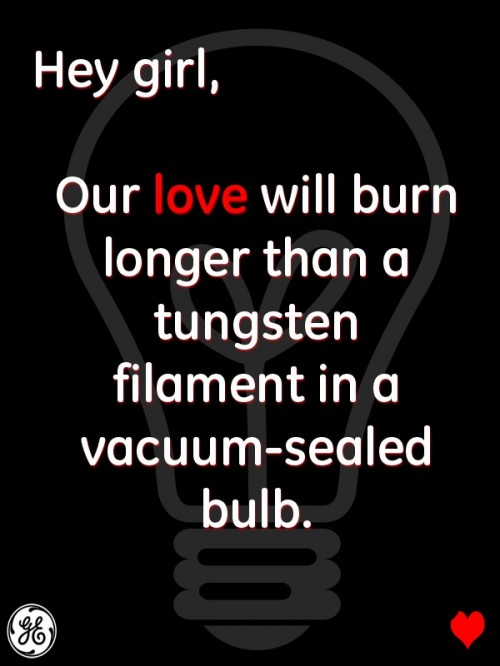 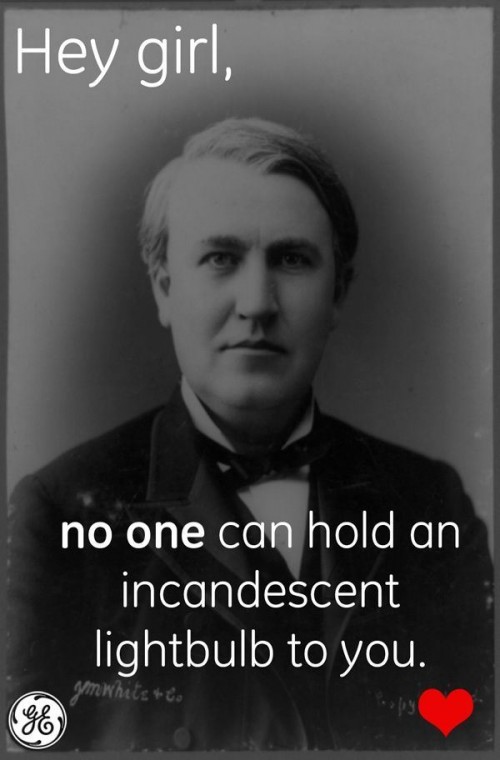 Whelp, it’s finally a year that ends in “-teen” again. Remy and Sara got their turns to ride the Retrospect Train over the last couple weeks, and like a semi-literate hobo, I’m hopping in the last car….

The movie Fandango goes back a long way for me.  I first saw it in high school as an adolescent so it really hits home.   When I saw it most recently I realized it wasn’t…

From CollegeHumor comes this handy chart about which pop culture doctors you should actually trust, based on an axis of their competency and dependability. I’m not quite sure how ones like “Doc” from Snow White…

There are some people who look at coffee tables and think to themselves “put magazines on and have a place to rest my feet and remote.”   And then there are others with a more creative…

They’re not Pokemon, but they’re pretty damn close, and that’s good enough for me. This gallery showcases the rare talent of Brian Chan (via GeeksAreSexy), a man so good at origami he can make you…