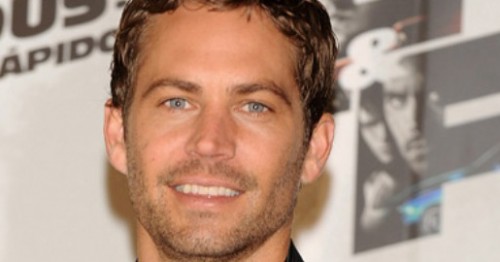 Welcome to this week’s edition of This Week in Movie Trailers!

We have a ton new blockbuster trailers this week; too many, if you ask me. It’s a little overwhelming! Hopefully they all end up good once they hit the theaters, but unfortunately that likely won’t be the case. I am still hopeful though!

Before we get started, I just wanted to mention that the Fast and Furious franchise was one of my favorite film series since I was in High school and, for better or worse, still is. That said, I always looked forward to seeing Paul Walker on the big screen, not because he was the best actor in Hollywood, but because he brought a lot of heart to whatever role he took on. He was also a very generous, charitable person and a good human being to go a long with it. RIP, man.

Moving on! So, how about that Wonder Woman casting? What say you? Nothing? You want trailers? OK, let’s do this!

It seems like I just watched the first Amazing Spider-Man, so when I saw this in the queue, I was all like “Oh, this again?” but then remembered that I actually enjoyed the first one (though not so much Andrew Garfield himself; I think it’s his voice or something) and was OK with everything. Do you like the new costume design? I heard it looks more like the comics now? Is that true? Anyway, this trailer is kinda jumbled together with a bunch of cheese, especially at the end but that’s OK I guess.

This is the 2nd trailer for the sequel and it’s about time that I admit to something: The first 300 was probably the most fun I have ever had at the movies, the combat effects were fresh, new, and insanely gratifying. Now, though I think the style has been copied enough that it seems saturated. But hey, I’ll still see it.

The international trailer sheds a bit more light on how this biblical plot will play out (because there might be a twist ending, right??). There’s not much more to say about Noah, but holy moly, there’s too much epic this week; I don’t know how much more I can take!

Back in The Day

Oh, it’s Michael Rosenbaum! Good to see him getting some work, but I’m not sure about this movie. Jokes seems to fall flat. We shall see!

What are you looking forward to?