I’ve posted a few Phantom Menace-themed items this week in the lead up to the 3D re-release of the movie Friday, and with them, I’ve always made one point very clear, the movie sucks.

It’s old news, and there’s no way in hell I’m going to see the terribleness again in 3D, but I thought that it might be a bit too easy to bash, and there wasn’t a point to beating a dead horse into the dust.

Instead, I’m going to try and put a rare positive spin on something I can’t stand, coming up with a few things that were bright spots in an otherwise horrible mess of plot, dialogue and acting. Here they are: 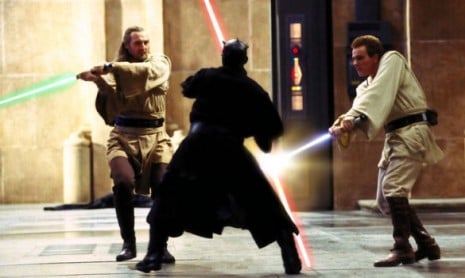 I appreciated the use of the lightsaber battles in the first film as avenues of character development, as Vader and Luke often spent more time talking than fighting, but there’s a time and a place for that, and sometimes you just want to see these weapons and warriors let loose.

Before it went WAY overboard in Revenge of the Sith with a stupid volcano fight that was almost a parody of itself, the Qui-Gon/Obi-Wan/Darth Maul fight was, and is, simply fantastic. The dual sided red blade swinging against the blue and green ones while Duel of the Fates blasted in the background was everything fans wanted from a lightsaber fight, and it even ended with a bit of ultra violence as Maul was chopped in half. Impressive for a PG film. 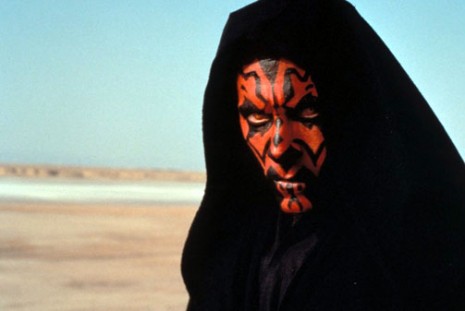 That leads me to my next point, where we focus on the only good villain of the entire new prequel trilogy. Don’t get me started on Grievous or Dooku. This is supposed to be a positive article. But Maul? He was amazing.

No, his character wasn’t given nearly enough screen time, and he didn’t need to be mute, but it’s hard to think of a more fearsome looking villain across any sci-fi feature. He could have been an icon, had the film itself not stunk, but he was one of the bright points of the film, and a truly malevolent bad guy. 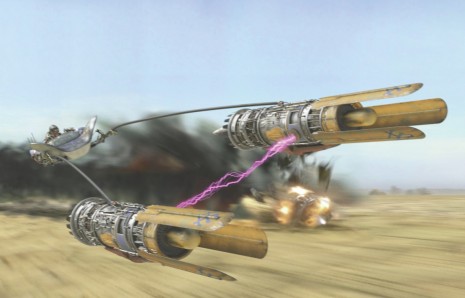 I hated, hated little Anakin more than I’ve hated almost any other annoying little kid in a movie, and thought the plot development which made pod racing decide the entire fate of the galaxy was incredible stupid.

That said, the pod race itself was undeniably thrilling, and I even think it might be worth it to see in…dare I say it…3D. Perhaps my memories are tainted by fond memories of Star Wars Episode I Racer on N64, but even now, the race scene is pretty damn cool, regardless of the idiocy of its significance. 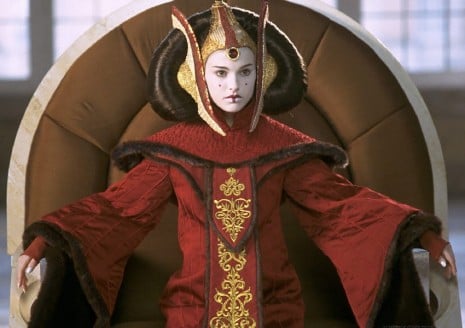 The Phantom Menace had the uncanny ability to make seasoned actors seem awful with its atrocious script, and Natalie Portman’s Amadala was no exception.

But looking past the dialogue, you have to admit that her costume design was something to behold. No, it didn’t at all fit in with anything else in the movie, and could have been straight out of The Cell, but each costume was a masterwork of forward-thinking fashion, and the film could have benefited if perhaps everyone else in the galaxy wasn’t just wearing brown and black robes all the time. 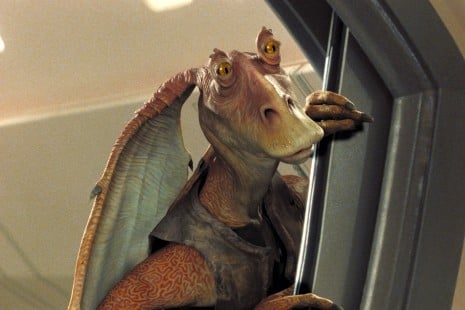 Look, I tried, but now all that’s coming to mind is Jar Jar and trade federations and midichlorians. Though there were a few bright points, the film is undeniably terrible in many, many ways. The closest thing to a final compliment I could give it would be that at least Hayden Christensen hadn’t shown up to emote yet.

I’m skipping all three of the new films in 3D and MIGHT go see the original trilogy in the new format if I hear it’s any good. Someday, someone will make more Star Wars films, but I do pray it’s not George Lucas. 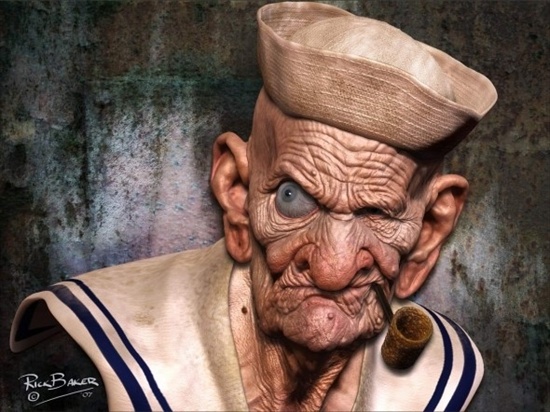 There’s something unnerving about seeing cartoon characters brought to life.  Seeing exaggerated and disproportionate features on the face of a cartoon is common, but when those same features are stuck on the face of a…

Words can’t express just how much I’m not looking forward to the inevitable live action reboot of Akira, the ridiculously amazing anime that will undoubtedly lose much of its charm when it’s starring Leonardo DiCaprio…

We’re all aware of funny movie dads.  And we’re all even aware of the kinds of movie dads that need a little work in the house.  Usually even these guys are portrayed in a comedic…

Whether it deserves to be or not, Rotten Tomatoes is kind of the ultimate gage of a movie’s critical success, as the site has become the authority on compiling critics’ reviews of films giving them…

Welcome to the first edition of This Week in Movie Trailers! We all like movies here so I thought it would be a good idea to do a weekly round-up of all the new trailers!…

(click for full size) It’s pretty hard to imagine recasting the Joker at this point, so close to Heath Ledger’s immortal portrayal of the clown prince of crime. But we’ll have to do it eventually,…