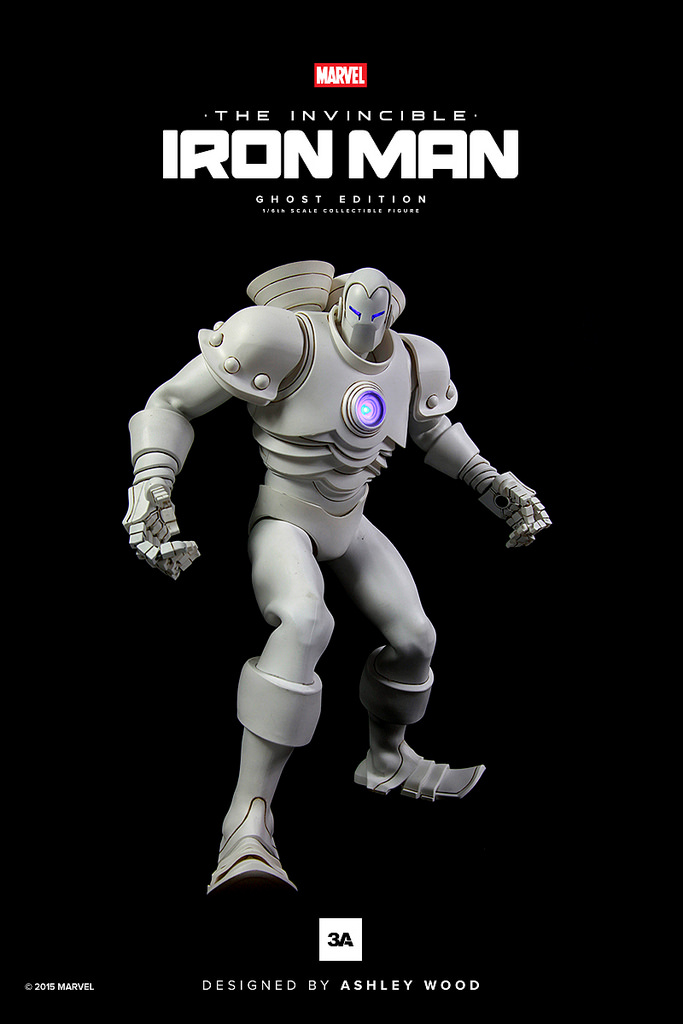 Last year you may have seen one of Ashley Woods radically different iron man designs.  She actually built a custom made figure called “Invincible Iron Man” which featured a totally new design for Iron Man.   Today we’ve come across a new one to share with you  and it’s called the “Ghost Edition.” It’s a cool white armor design.   It’s a 13.5” tall figure, and it’s fully posable. It comes with blue LED lights in the chest, head, and palms which complement the white and gold armor trim.  The Ghost Edition Iron Man is available for preorder at 3A’s Bambaland store ahead of a release later this year.  If you want one, it’ll cost you $220.

You can check out more pics in the gallery on the next page.