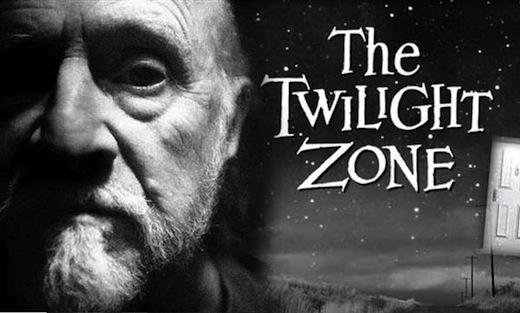 The nerd and geek worlds truly lost a legend last week with the death of writer Richard Matheson. Perhaps most famous for his science-fiction/horror novels I Am Legend and The Shrinking Man, Matheson contributed several important works of genre fiction over his long and prolific career, many of which our own Joy Bossardet explored yesterday in her excellent overview of his work.

Today I’d like to focus in on a very specific subset of his work, as a writer for Rod Serling’s The Twilight Zone. From 1959 to 1964, he provided stories for sixteen episodes of the classic anthology series, fourteen as the teleplay writer and two as the author of the short stories on which the episodes were based. 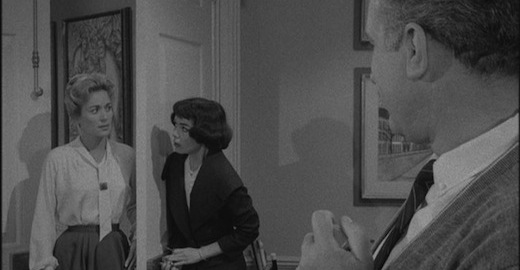 Matheson is a master of the simple yet elegant plot twist. Even though he often deals with the supernatural, nothing he presents is ever completely preposterous in light of the world he creates. This episode is about a playwright who discovers a way to conjure the characters he writes into actual being, so fashions himself a nearly perfect girlfriend. The problem is, his wife finds out about it.

This is one of the few humorous Twilight Zone episodes, and is also notable as the first time Rod Serling appears on camera. Up until this point, his intros and outros were done entirely in voiceover. 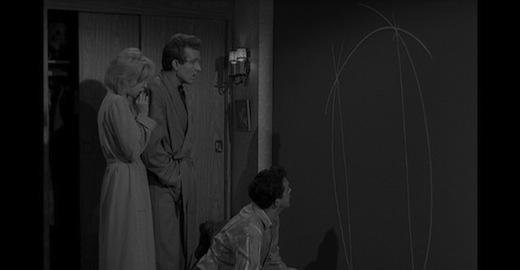 An absolutely fantastic episode about parallel universes and the badassedness of physicists, “Little Girl Lost” concerns a couple who finds their daughter and dog have been misplaced in the worst possible sense of the word. Thankfully their friend Bill, a man somewhat familiar with string theory, is able to help out.

This episode is a great example of the kind of slow-burn tension that Matheson and TZ were known for, and shows that you don’t need a bunch of fancy special effects to create serious scares. 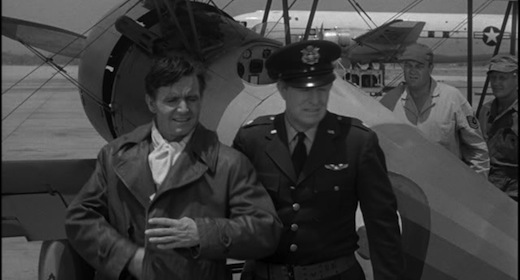 This is one of the best time-travel stories I’ve ever seen. Simple, subtle, done with the lowest of budgets and without any spectacular effects, it’s completely dialogue and story-driven. This was the first episode Matheson actually wrote the teleplay for—before this he was just the author of the short stories that inspired two episodes.

In it, a British WWI fighter pilot flies into a storm, loses his bearings, and eventually lands at an American Air Force base forty-two years into the future. After struggling to convince the American soldiers he’s not crazy, the pilot eventually realizes he must play an integral part in the Great War and sets out to right a wrong in his own past. 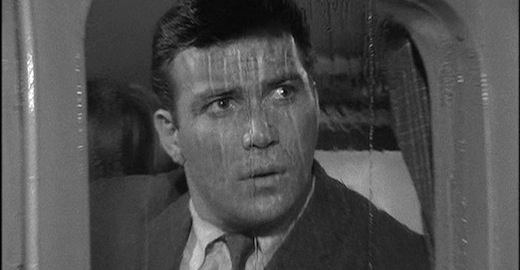 Many would peg this episode as Matheson’s finest Twilight Zone episode, and I’d be hard pressed to disagree with them. It’s certainly one of the most famous episodes of all time. It even garnered inclusion in the 1983 Twilight Zone movie, recasting the William Shatner part with John Lithgow.

This episode ranks among the most famous of classic TZ episodes, with perhaps only “Time Enough at Last” surpassing it in recognizability. In it, a man terrified of flying finds himself the only one who sees a malevolent gremlin/alien/guy-in-a-bear-suit wreaking havoc on the wing of an airborne plane.

One of the reasons I love this episode is because it reminds me that William Shatner is actually a great actor. I’m serious. He’s easy to make fun of now and is also incredibly imitable, but when you consider the style of acting that was prevalent in the 1950’s, he totally has it going on. 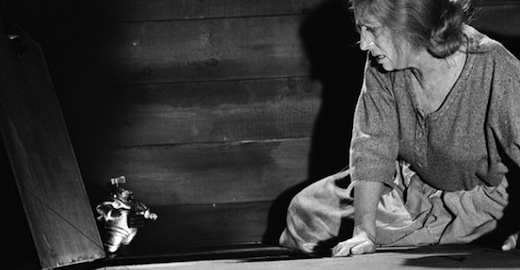 Most people remember Agnes Moorehead as the shrewish mother-in-law of Darrin in Bewitched, but she’s really a badass actress to be counted among the ranks of those like Angela Lansbury.

Long before everyone was losing their shiznit over Tom Hanks’ performance in Castaway (and not to take anything away from Hanks—holding a major motion picture alone with nothing but a volley ball to act against is a super cred-worthy feat), she made her way through an entire episode with nary a spoken line, yet managed to convey disbelief, desperation, terror, and everything in between when her farmhouse was invaded by tiny aliens from another world.

Nick of Time: A pair of newlyweds stopping in a small town are trapped by their own superstition when playing a fortune telling machine in a local diner. (summary via IMBD)

Death Ship: An interplanetary expedition from earth finds an exact duplicate of their ship and themselves crashed on the planet they were surveying. Should they stay or risk taking off and crashing? (summary via IMBD)

Steel: In the near future boxing has been outlawed and is performed by mechanical robots. To replace his broken client, the manager decides to enter the ring and replace him. (summary via IMBD) This is also the inspiration for Real Steel, a movie I recognize as silly but still found to be rather delightful in the grand scheme of things.