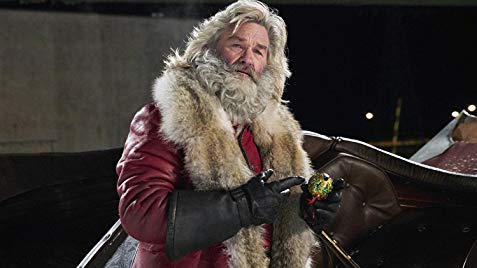 Christmas is a time of family, a time to sit around a board game until eventually someone gets fed up and tosses it into the air. It’s also a time for TV specials and Netflix are nailing it more than ever before!

A recent survey found that almost a quarter of people will be tuning into the streaming service ahead of the regular channels this year and with their current output it’s no real surprise!

No matter where you are in the world it’s possible to catch some fantastic original Christmas shows this year. We all have to do a bit of travelling over the festive period, many of us to foreign lands where geoblocks may prevent us seeing Mr Claus or a nativity scene. However, there are ways around it, particularly if you’re using a VPN.

If you’re travelling abroad and wish to use a VPN that works with Netflix , then you’ve plenty to choose from. All you have to do is select the right IP address and you’re away.

Sorted? Excellent. Now it’s time to program with our must-watch Christmas shows on Netflix in 2018.

Starring Kurt Russell as Santa, The Christmas Chronicles has received rave reviews from critics and has fast become a real hit for Netflix. It received 20 million streams in just one week, and could well become a classic, perhaps the first Netflix Original to do so. It’s a clear marker from the service and one that is a must watch given it’s intriguing storyline that still has everything you’d want from a Christmas film.

Love Actually set the marker for Christmas rom coms and while The Holiday Calendar doesn’t come close it’s still an entertaining movie that beats watching repeats of the same old films. The film follows a photographer who inherits an old, antique advent calendar which may or may not lead to them finding the love of their life.

Starring Kat Graham, it’s a nice Christmas afternoon watch and has its moments of comedic value.

Not a Netflix Original but a truly under-the-radar Christmas great is Arthur Christmas. Created by the genius Aardman Animations, it has a brilliantly funny story and an all-star cast.

Starring James McEvoy, Bill Nighy, Hugh Laurie and Imelda Staunton, it’s a British institution of a film that sees the teenage Arthur take full reins of Santa’s control centre. Can Christmas be a success with him in charge?

A Christmas Prince: The Royal Wedding

The Christmas Prince was a runaway success last year for Netflix and it’s back once again with The Royal Wedding. A sequel of equal cheese, slapstick and laugh-out-loud humour, it follows, as you’d guess the wedding of Amber and Richard, but is the former ready to be Queen?

It’s an hour and a half of no-holds barred fun and a real spoof of this year’s famous wedding between Prince Harry and Meghan Markle. If comedy is what you want, here it is.