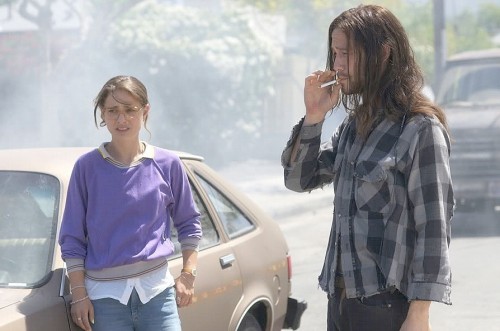 I am one of those people who think that sadness is sometimes okay. It is a mood, just like any other, and should be allowed to exist in us, just like any other mood. We don’t reject happiness when we feel it, and the very best of us realize that anger is essential for survival sometimes. So why do rebel against allowing ourselves to feel sadness now and then?

Whenever I feel myself being numbed over by a sometimes exhausting life and cruel world, I sometimes like to retire into indie films to tap into those feelings. To help summon that sadness in me and allow me to live with it for a moment. Smaller films often have a bigger impact on me than larger films when it comes to emotion, and these five quirky indie films are perfect for that. In one moment, they are funny, and in the next, they are sad and depressing. But overall, even in being all those things, these movies undeniably quirky and wholly unforgettable. 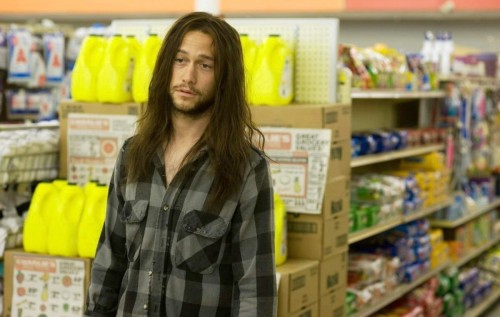 Also known as the movie where JGL plays me when I was in high school, I spoke of Hesher once before when I talked about some of Joseph Gordon Levitt’s best movies. It really is a remarkable film, but as hopeful a note as it may end on, it is an undeniably sad film, too.

Hesher is about a young boy who has recently lost his Mother, and seems to be slowly drifting apart from this Father as well, who is slipping deeper and deeper into a world of pills and addiction to avoid the pain and loss he is feeling. In comes Hesher, played by JGL, to change their outlook. So who is Hesher? I can tell you, even when the movie ended, I found myself still asking that question. A shirtless metal head who, at times, seems a relentless psycho, and at other times, is the only  voice of rational this family has.

There is a grandmother, too, and I won’t spoil anything for you here, but the ending to Hesher chokes me up every time. Oh, and don’t waste your time watching the movie and wondering of Hesher is like some Fight Club manifestation this family needed to overcome tragedy. No, he is a literal person. I will save you the time and tell you that right away.

A Bag of Hammer 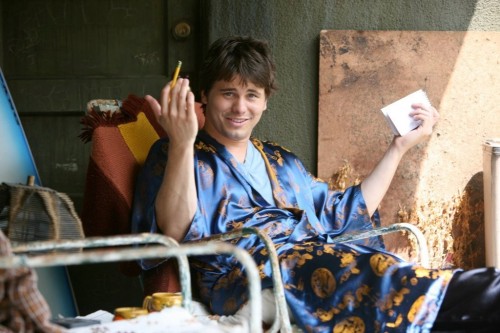 Another movie involving a cute kid who is dealt a really shitty hand. That may not seem like the movie on the surface, but that is the movie.

On the surface, it may appear as if Bag of Hammer is about two young men who are con artists, trying to make their way through life with as minimal and effort as possible, but that would be wrong of you to assume. While that may seem to be the glue that holds the story together, the story is actually about a boy named Kelsey, and how his shitty life shows these two that they have been living theirs wrong, and still have time to change it.

Don’t get me wrong, most of these films TRY to atleast end on a note of hope, but that hope does not undo some of the horrible things that happen before it. Huge props to Jason Ritter, son of John. He does a stellar job as one of the leads in this wonderful film.

The High Cost of Living 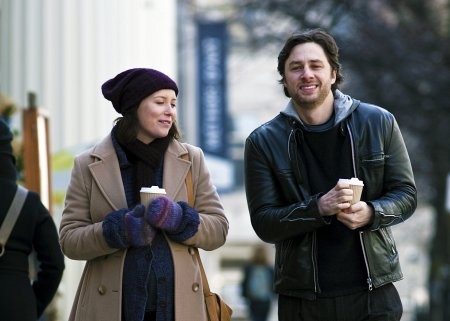 I, like most gen X’ers my age, enjoyed Garden State. Zach Braff’s pet project about waning adolescence and how to deal with that. I had held off on his next movie, The High Cost of Living, thinking it would be cute and quirky like that movie. I was wrong. While it could be said it is a bit quirky at times, it leans more on the sad side of things, and features one hell of a depressing story. I knew nothing going in to the film, and was really moved by it, but “Feel Good Summer Movie” this is not.

In The High Cost of Living, Braff plays a drug dealer who lives in Montreal and mistakenly runs down a pregnant woman with his car one night while not paying attention.

He doesn’t kill her, but he does end up killing her baby. See, good times for all! Told you!

Anyway, flash forward, his guilt has caused him to come around to check on her and make sure she is alright, and in the process, they become very close, with her eventually moving in with him. Suffice it to say, I won’t tell you any more about the movie, but this flick has not a smile in site. Powerful, well-written, and well-directed, it will sit you with you for along time after you see it. It was also very brave of Braff to put himself in the role he has in the film, but this movie is like a rain cloud, and will soak you to the soul.

Jeff Who Lives At Home 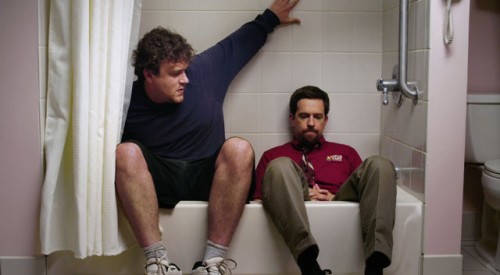 Okay, I will admit, this one is a little less depressing than the others on the list, but it still fires off on some very heavy cylinders at times.

Jeff Who Lives at Home stars Jason Segel and Ed Helms as two brothers who could not be at more different places in their lives. Jeff is a non-working slacker who seems to be waiting around for that perfect opportunity to find him and define him. Helms plays the more successful brother who seems like he has it all together. As I am sure you can tell, as the film carries on, we realize that these two are more like the other than they realize. Jeff is actually got it more together, and the more the film goes on, the more you realize that he is easily the most rational and grounded person in the film, even if they want us to initially think otherwise.

Also, the ending. While many of the endings of films on this list may leave you with a tear in your eye, this one leaves you with a tear that comes from a happy place, and how often do we get to weep happy tears?

I mean, um, I am a man and I do sports and have sex with lovely women who are younger than me. There, you happy now, pop culture? 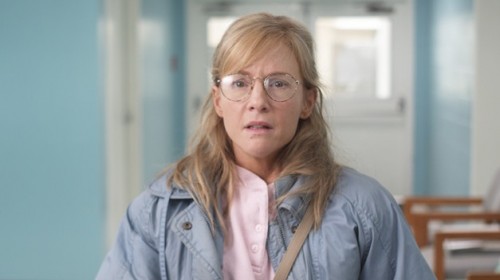 I can tell you, I knew nothing about this movie when I found it on Netflix, and decided to watch it based on the fact that Rachael Harris is in it, as that woman is remarkable in anything she does, and boy was I surprised. What I found was a film way darker and way more taboo than I had imagined. It can bill itself as quirky comedy, but there will be a few scenarios in here that will cause you to shift with slight discomfort. I will leave it at that as to not spoil anything.

Natural Selection is about a woman named Linda, who finds out her dying husband has some illegitimate children, and she makes it her duty to find one and reunite him with his Father before he passes on. What makes it all so interesting is that Linda has been living a sheltered life under the guise of religion, and as she meets the (drug addicted mess of a) son, she begins to open his eyes, and he begins to open hers. I don’t think I need to say it, but yes, the movie goes THERE. It wants you to think it a black comedy, but the problem is, it all feels too indie and quirky to do that sometimes.

I dunno, some people may walk away thinking this film wasn’t as dark and as sad as I did, but there was just an odd heaviness to the whole thing. Give it a shot, let me know what you think. Also, take to the comments and let me know about some sad or quirky indie movies I may have missed. You Unreality readers always lead in great directions regarding film, so don’t fail me now.

No, this isn’t photoshopped. Rather, the true story allegedly behind these undeniably similarities is that both the makers of Kindergarten Cop and Silent Hill scouted the same school ahead of production. Cop was filmed there,…

(click for full size) What you see above is the work of a very bored student posting her classroom doodles via reddit. I’m not sure what classes she’s taking, but from the looks of it,…

(click to enlarge) Yesterday, Zack Snyder revealed Ben Affleck’s new Batman costume for Superman vs. Batman, along with a look at the new Batmobile to boot. It’s pretty obviously inspired by the wide-bat, short-eared suit…

In the past, I’ve referred to the Oscars as being the Super Bowl of the entertainment world, but I’m starting to shy away from that classification. Even though I’m not a sports fanatic, I find… 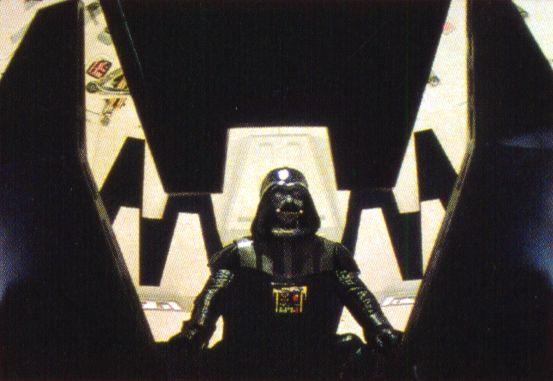 Perhaps no film series has inspired more parody than Star Wars. An endless legion of fans means an endless amount of remixes and mash-ups, and for the truly die hard, costumes, scripts and special effects….

I’ve seen Star Wars warped and modified in every way possible, but I don’t think I’ve seen it turned into a 1980s anime until now. In the vein of Dragonball Z, Voltron and others, here’s…