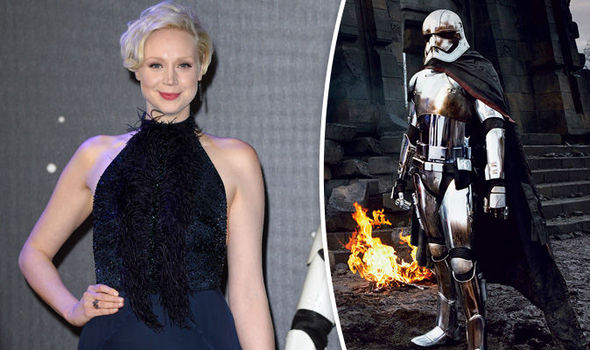 Star Wars fans have been known to latch onto minor characters because of cool costumes for a long, long time. After all, Boba Fett’s role in the first three movies wasn’t particularly impressive, but he nonetheless managed to secure books, comic books, and a remarkable amount of merchandise. Never mind an offhand mention resulted in the creation of a full-fledged fictional culture in the form of the Mandalorians, who in turn, have managed to secure even more books, comic books, and other forms of merchandise. As a result, the fan interest in Captain Phasma when The Force Awakens was more than a little bit familiar, though no less entertaining because of it.

For those who are unfamiliar, Captain Phasma was the stormtrooper leader in the shining armor. Initially, her costume was one of the designs proposed for Kylo Ren. However, J.J. Abrams turned it down on initial inspection, but eventually winded up using it anyways because Kathleen Kennedy found it to be too good to go unused. As a result, Abrams turned the design into a character named for the horror movie Phantasm, who proceeded to turn from a man to a woman in the casting process.

Famously, Gwendoline Christie was the one who winded up with the role of Captain Phasma. In fact, the announcement that she would be playing the character was met with a fair amount of enthusiasm, seeing as how her name was prominent because of her role as Brienne of Tarth on Game of Thrones at the time. Moreover, it is worth mentioning that Christie was very enthusiastic about being in the new Star Wars movie, so much so that she actually insisted that her agent get her some kind of role in it. As a result, it is perhaps unsurprising to learn that Christie actually had some influence over the character of Captain Phasma.

How Did Gwendoline Christie Influence the Character of Captain Phasma?

Christie has stated that her training as an actor means that she wants to know who her characters are, where they came from, and what motivates them. Naturally, she did the same when it came to Captain Phasma. However, it is interesting to note that while she didn’t talk with the director about her character at length, she didn’t do this with Abrams but rather with Rian Johnson.

On the whole, this might not be much of a surprise because one of the complaints directed at The Force Awakens is that Captain Phasma simply wasn’t much of a character in the movie. Essentially, the character got a lot of hype, but when the heroes broke into Starkiller Base, they caught her, pressured her to lower the shields, and then literally tossed her into the trash compactor. In other words, Captain Phasma was a huge letdown in The Force Awakens.

Unfortunately, while Christie and Johnson’s collaboration seems to have had an effect on Phasma’s character in The Last Jedi, interested individuals didn’t actually get to see much of that. In fact, there is a deleted scene that offered a very different course of events to the confrontation between Phasma and Finn, which was very much in line with her now canonical character. In short, Phasma plus some of her stormtroopers surround Finn, who proceed to taunt her about what happened in the previous movie. Phasma’s immediate reaction is to kill the other stormtroopers before they can turn on her, but she is nonetheless beaten by Finn. Unfortunately, the scene never made it into the finished film because there were already too many characters in too little film-time.

What Is Captain Phasma’s Character?

As for Captain Phasma’s character, well, interested individuals can get a good look by reading the side material that has been released so far. In short, Phasma plays the part of a true believer, but in practice, she cares about nothing and no one other than herself, as shown by how she has risen very, very far by climbing over the corpses of those she has betrayed. As such, this would’ve explained Phasma’s self-serving actions in The Force Awakens perfectly while also being in line with the deleted scene from The Last Jedi, particularly since the side material has already emphasized her elimination of anyone who could deduce her contribution to the First Order’s defeat in the first movie.