Well folks, this will be my last column for the foreseeable future due to the comings and goings of life including my upcoming wedding, jobs, and other stuff that is classified. I enjoyed every minute of it, though, and I think that there might be a potential of a return! But for the time being, I’m out! So, to the one or two fans I have out there (hi mom!), thank you for reading my insane commentary.

OK, so let’s get to the task at hand: movie trailers. This week, we have a lot of new comers as well as some second trailers to a bunch of anticipated releases that we’ve seen before. Who’s first up to bat?

Richard Armitage? Is that an American accent? Weird! Anyway, this film looks interesting enough, though it’s really hard to tell other than the fact that there will be a lot of tornados. I do like the disaster genre, so I’ll check this one out.

OK! Well, I really don’t know what to say about this movie. Looks like it has some good performance though!

I think this movie looks infinitely silly and they gave away too much of the plot (as usual) in this trailer. That said, I will watch the crap out of this movie because I was a child of the 80s and 90s.

Well this certainly gives us a ton more information than the last trailer. The whole bidding thing seems to be a bit silly, reminiscent of the Hostel sequels. Anyway, I’ll likely still check this out, though not in theatres.

Dumb and Dumber To

Though the new international trailer is better than the first one, I am still a bit cautious (who wouldn’t be I guess) about the sequel to one of my favorite comedies of all time.

I love Brad Pitt and I love World War II movies. So yes to this movie. It’s been awhile since we’ve seen a good WWII film, so let’s hope this delivers. Wasn’t this the film Shia LeBeouf pulled out his own tooth and also didn’t shower for weeks in order to stay in character?

Well that’s it for me! Enjoy your summer and take care of yourselves!

A few more from Lucas Tetrault

Brad Pitt is one of my biggest man crushes. I can’t help but like everything he is a part of. If you can ignore that Shia (I’m a Plagiarist) LaBeouf is thrown into the mix, then I think this is probably going to be a pretty rock solid epic.

Perhaps the underdog of this week’s trailers … Felony looks like it could provide some decent gritty detective/cop entertainment. That and let’s just admit it, we all love Australian accents don’t we?

I don’t care how much of a complete mess that previous movie was, I am still excited for this. I mean, come one, all my heroes growing up in one place doing pretty neat things again for a THIRD time? Yes, thank you. Also, Mel Gibson needs to be in more stuff, despite being crazy.

Dawn of the Planet of the Apes

I was already sold from the first trailer. The final trailer only makes me even more excited and that humans can be really dumb.

Guardians of the Galaxy

This film looks excellent and Chris Pratt just oozes with charisma. I love that this trailer gives off a little bit of the storyline without being annoying. Oh … yeeeeeah!

This is a great idea for a movie and looks hilarious. Will see. 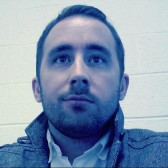