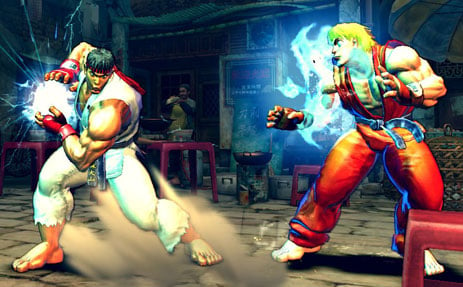 I usually don’t like to get into more than one game at a time, and I’m currently trying to beat Ninja Gaiden 2 on Master Ninja difficulty.  But when Street Fighter IV was released for the Xbox last week, my love of Street Fighter II forced me to cave and pick up a copy.  I’ve been playing for almost a week now, and the game has a very familiar vibe while simultaneously feeling fresh and new.  So, is Street Fighter IV worth getting, or is it just another forgettable fighting game?  Read my review after the jump to find out: 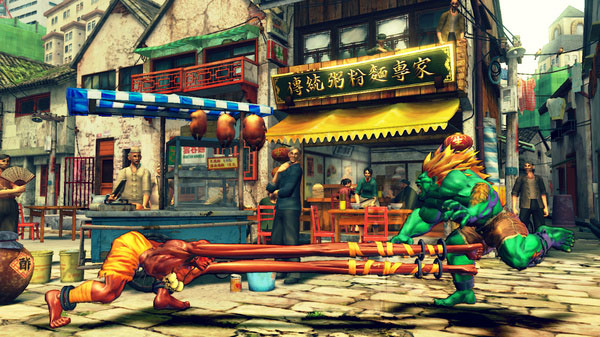 All the familiar characters from the previous installments of Street Fighter, and they look better than ever.  The animation is colorful, crisp, smooth, and best of all, I haven’t noticed a lag in the gameplay, something very relevant for a fighting game where timing is everything.  New characters are available right from the start, too, like the sexy Crimson Viper, and others can be unlocked by beating the game with certain characters.  M.Bison isn’t the big boss anymore, though.  Instead, it’s a huge, blue-skinned being with a yin yang in his abdomen that can perform a variety of special attacks named…Seth.  Yeah, I was kind of disappointed with that name, too.  You’d think a final boss would be called something a bit more menacing.  I know that Seth can be unlocked, too, but I’m yet to do that. 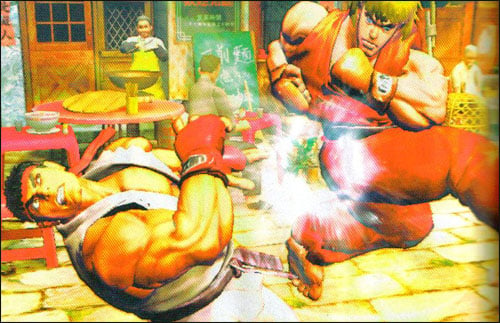 Street Fighter vets should have very little trouble with the game’s controls, as a fireball is still a fireball, a psycho crusher is still a psycho crusher, and so on.  The analog stick isn’t perfect, but you definitely don’t need an arcade stick to play Street Fighter IV.  There are new attacks called “Ultra attacks” that are the most powerful techniques your character can perform and, when executed properly, you’ll get to see an intense, three-dimensional animation.  Most of the Ultra attacks are pretty easy to execute.

Ryu’s, for example, is two fireball motions in a row with the analog stick, followed by pressing all three punch buttons at the same time.  That may sound tough, but it’s actually quite simple when you can designate one button on the controller to serve as pressing all three punch buttons at once.  My only gripe is that the Ultra attacks for Guile and Vega are unfamiliar and very difficult to execute, making these fun characters almost useless.  I thought maybe it was because I’m a noobish gimp, but a friend of mine had the same problem. 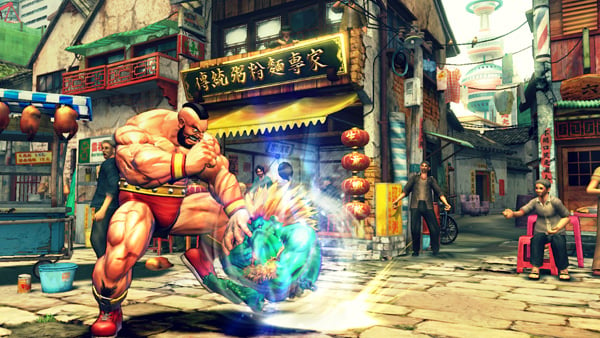 Street Fighter IV can be played on seven difficulty settings, but the real appeal of the game is – of course – fighting against other people.  I’m generally not a big fan of online play, but I’m not alone in stating that the online system could use some improvement.

Each online “room” can only hold two players, so calling “next” against a guy who is slaughtering his competition doesn’t really happen.  As far as playing against your friend, though, it’s just like the old days of Street Fighter II on SNES, with plenty of sh*t-talking and arguing to go around for all.  And that’s the best part of any fighting game.

So, in sum, Street Fighter IV isn’t a revolutionary game by any means, but it looks great, is a lot of fun, and it’s clear that Capcom took what worked about Street Fighter II – emphasis on timing as opposed to dumb 40-hit combos – and used it develop this sleek fighter.  Final verdict: 3.5 out of 5 stars.

Sigh. If you really think that motion controls are the future of gaming, I invite you to take a look above, which shows a demo of a new Sonic game being developed for Kinect. I’m…

This is a video that’s exactly what it sounds like. It’s a full game of Snake, and I do mean a FULL game of Snake, something I didn’t even realize was possible. I didn’t time…

I called this typography art because frankly, I’m not sure how else to describe it. Artist Josip Kevala is incredibly talented at figure drawing, but it’s his unique use of font that makes this series of…

httpv://www.youtube.com/watch?v=WTpldq3myV0 Alright, cute animals don’t usually come across our site that much. We leave that to our friends at Puppy and KittenToob mostly. But today I couldn’t escape from this video, which was emailed to…

Does anyone else find it as weird as I do that someday, we’ll probably be sitting around reminiscing about SNES, Genesis, Nintendo 64 and Xbox 360 and our grandkids won’t even understand what the hell…

httpv://www.youtube.com/watch?v=mC_u9ZwlIUc&feature=player_embedded I didn’t even realize there was going to be co-op in the new Portal, but lo and behold, the puzzle solving is going to get even more complicated. And aren’t those little test robots…