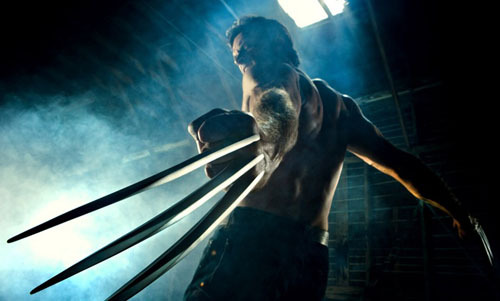 After reading dozens of horrible reviews and hearing from people how awful the new Wolverine movie is, I decided I should see for myself just how bad it could be.  Wow.  I was on board for the first twenty minutes or so, but things quickly deteriorated into a total disaster.

Make no mistake, this was an unbelievably awful movie; I think Paul’s rating of two out of five stars was far too generous.  Anyway, everyone else has already shredded the movie, and there’s enough negativity out there as it is, so I decided to find some things I liked about Wolverine.

Sure, it was a little too Watchmen-esque (and not nearly as well-executed), but the opening credits for X-Men Origins: Wolverine gave a pretty good idea of all the crap James Logan and Victor had been through.  It also showed how bad ass the two of them were, their loyalty to one another, and their own individual personalities: Logan as a fierce but compassionate soldier, Victor as a bloodthirsty killing machine.  Ripoff or not, it was a fun way to start the movie and, well, it was cool to see.  If the opening credits are the best part of the movie, you know you’re in for a long viewing experience.  Fortunately, some things can get you through it OK, as you’ll see in number four below. 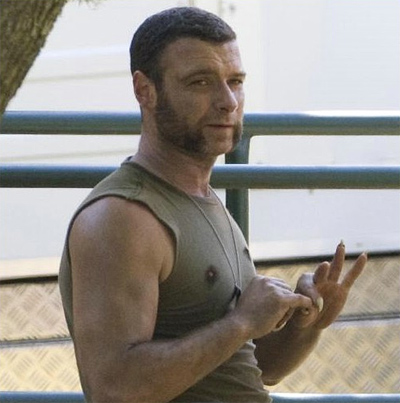 You’d think a movie that featured actors as capable as Jackman and Schreiber would be better than this, but apparently not.  Jackman was decent (even though he (or Gavin Hood) totally misunderstands the character of Wolverine), but even in a terrible film, Schreiber managed to shine.  The guy is good in just about everything he’s in, from comedies like The Ten to the lead role in Shakespeare’s Henry V (which I got to see in Central Park a few summers ago), so it wasn’t surprising that he captured the feral viciousness of Victor Creed.  This wasn’t a Ledger as The Joker performance by any stretch, but with so many bad actors, bad lines, and crappy dialogue encompassing him, Schreiber managed to do a decent job portraying a hella cool Marvel villain.

3. The Casting of Ryan Reynolds as Wade Wilson

I would say that I liked Ryan Reynolds as Wade Wilson/Deadpool, but he’s not in the movie long enough to make that big of an impact.  The casting of Reynolds was perfect though, as you can think of Deadpool as a self-serving, morally corrupt Spider-Man – always talking and cracking jokes, often with an incredibly sarcastic tone.  Reynolds reminds me of a young Chevy Chase, and the idea of him as Deadpool is quite appealing.  It’s just too bad that one of the actors who actually had talent and could deliver a line was underused…and then muted!  I don’t went to go all fanboy here, but really, did Gavin Hood wake up and say, “How can we totally ruin Deadpool?” 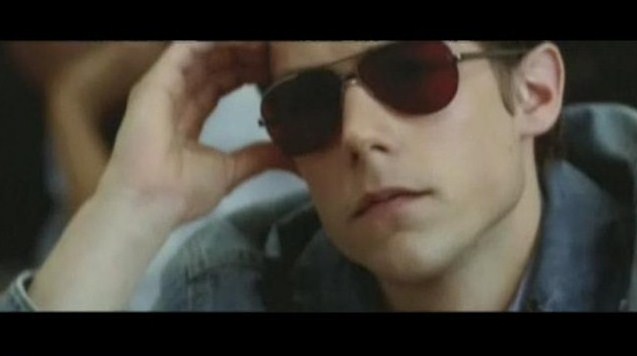 Maybe this isn’t technically a “good” aspect of the movie, but the unintentional comedy in X-Men Origins: Wolverine was off the charts.  I was laughing quite a bit throughout, and I was far from alone in this.  The shot of Wolverine walking into the sunset and holding Kayla before a gun pops up from the bottom of the screen like a first person shooter, “back to back,” the cliched slow motion walk away from an explosion, Logan’s stupid cartoon claws, and the concept of using a friggin’ revolver with adamantium bullets to erase Logan’s memory all cracked me up, but nothing made me laugh harder than a blind, bumbling Cyclops escaping from his island prison.  I half expected him to step on a rake or into a bucket.

I’m pretty sure most people hated this movie – and it was absolutely dreadful – but I am doing my best to focus on the positive.  Sometimes, a movie can be so bad that it’s worth watching.  I don’t know if that’s the case for X-Men Origins: Wolverine, but I definitely enjoyed the viewing experience.

There are only four events I liveblog each year for this site, and three of them are the Microsoft, Sony and Nintendo E3 press conferences in July. But the third? That would be the Oscars, and…

httpv://www.youtube.com/watch?v=DCyZYhobvc4 There are many films that you would imagine predict at least small things about the way the future will be. Whether it’s clones from the Island, robots from AI, or personally targeted advertising from…

I had written a list like this some months back about Ryan Gosling, and found it to be a real joy to sit down with his films and just try to discover the subtle (and sometimes, massive)…

Surprisingly enough, one of the movies I’m the most excited for this year is the Godzilla reboot, which impressed me with it’s rather fantastic trailer. Above you’ll find an ode to the king of all…

Another day, another awesome series of posters I’ve discovered. If I actually bought one of every collection I’ve found, I probably could have wallpapered my house by now. But these ones do stand out to…

3.5 out of 5 stars It was shaping up to be this year’s Battleship or John Carter. Massively expensive and diving into an oversaturated blockbuster market, World War Z was marketed terribly, said to be…