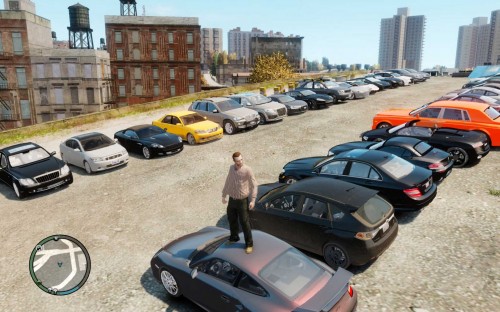 With the new generation of gaming being upon us, and it being none to impressive, it seems like an ideal time to look back at some of the best and worst aspects of the seventh generation of games. One thing that stood out to me the more and more I reflected was, open world gaming hit its stride. Though it had existed in many forms before the seventh generation of gaming, it was that generation that embraced the ideal of open world, sandbox games more than ever before. The result is that we got some truly amazing and engrossing open world games. Games that felt like they took us from the tedium of our own lives, and often thrust us into worlds that were far more entertaining and less restrictive than our real lives. But, there was a drawback to the embracing of the open world game model. As much as many of these games eventually found their own footing, it can be said they borrowed from the best and the worst aspects of sandbox games. This led to some lame mission types and dull gaming mechanics unfortunately becoming tropes over time.

Here are five open world gaming tropes that drive me crazy, and hope become obsolete the further and further we go into the next generation of gaming. 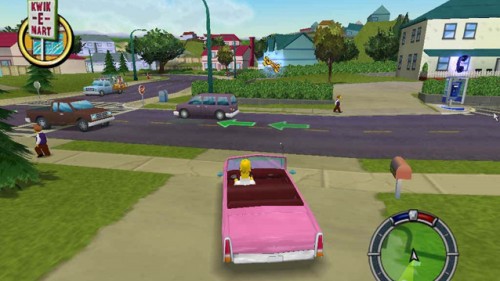 Confession time: I really like Simpson’s Hit and Run. Only using this pic to make an example.

I think we can all admit the GTA series set the tone for most of these tropes by doing them all first. While Grand Theft Auto has finally mastered the formula with part 5 (there was nary a lame mission to be found in the entire game), it doesn’t mean other game companies have. The “slowly follow behind” might be my most hated mission type in gaming right now, and it started popping up in more and more games over the last half decade.

So enough, you want us to tail someone in a game, give us a little bug we can plant on their car. Bam! Way cooler. 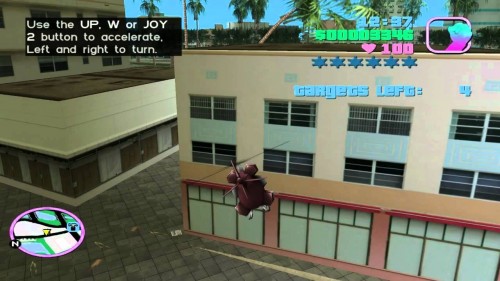 Just looking at this pic makes me want to vomit blood through my eyes.

Hey, you see this awesome game you have just been mastering for thirty plus hours and have gotten really good at? Well, dismiss all that for this mission. We are going to give you a radio controlled vehicle with completely new dynamics you have had no time to play around with, and we expect you to instantly master it during this mission, because you need to beat this mission to advance and use all those other skills you spent so much time mastering.

Be it a mech, or a tiny helicopter, or me suddenly needing to know to fly a spaceship in first person. That is SUCH an insult to everything I have done in the game so far, and to get me stuck on a single mechanic that I was not warned about and am having no fun playing is not a cool way to pad more hours on your game.

An example of it done well is the submarine mission in GTA 5. But man, you remember those radio controlled heli missions from back in the GTA day? Those made me want to cut myself, emo style.

Attack of the Hive-Minded, Psychic Enemies 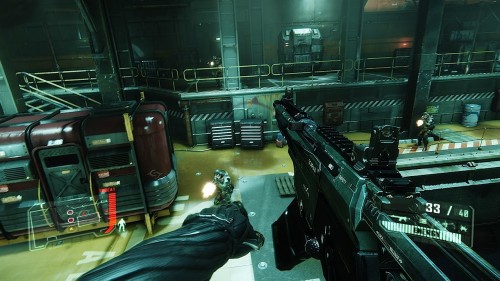 I can SLIGHTLY forgive the Crysis series for this, as their enemies are literally hive-minded.

Okay, I get it, some enemies have radio contact, and in some cases, psychic contact. Regardless of that fine print, when I am playing an open world game that has sections I need to sneak through or be quiet, nothing enrages quite as much as psychic enemies. What I mean by that is, you manage to get seen by one who somehow immediately alerts every bad guy in the entire area who then act as magnets who naturally flood your current position and kills you.

Don’t get me wrong, when they radio for help, I get it. Far Cry 3 did great at this, as they often gave you a two minute window before a visible jeep full of reinforcements would show up. That is how to do it right. Most open world games don’t do it right, though. They suddenly all know exactly where you are, and commence the killing. That is not good A.I, and that does not make sense. 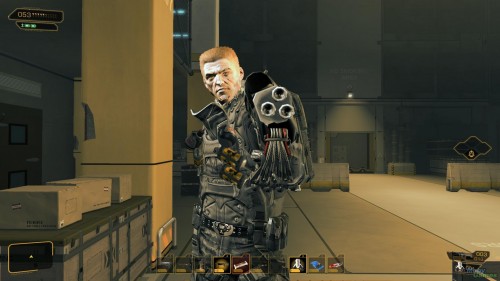 Excuse me, sir, but I am here to ruin your game.

Most of us who are in our twenties and thirties grew up in arcade gaming and NES consoles. This means we can appreciate a good boss battle. In some open world games, boss battles really do fit. Hell, the Arkham games being great examples. But what about the games where bosses don’t work? Games like, well, Deus Ex.

I know, I know, it has been talked to death, but not once by me. Just look at that game as the perfect example. Have some tougher enemies that naturally progress. Okay, that makes sense. Have a tougher battle section where suddenly we are up to our eyes in bad guys. Fine. But forcing some lumbering boss that does not fit anywhere in your gaming world to plod out and slow down progression of the game with a mindless battle that has nothing to do with the story, and does nothing to benefit it? Well, that doesn’t work. Especially when the whole game up to that point has been teaching and encouraging non-violence.

Keep in mind this is coming from a gamer who LOVES boss battles, so that tells you just how jarring I find it.

Too Damn Much To Do 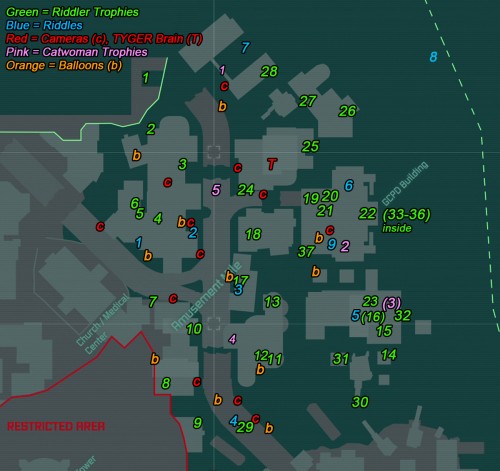 That is amusement mile from Arkham City, and I’m sorry, but that is just too damn much to do.

I’ll admit, I never thought I would complain about this in a game, but it kind of hit me during Arkham City. I was actually overwhelmed with all the prompts, symbols, and locations of interest on the map. I think one of the greatest aspects of gaming is the feeling you get when you realize you are slowly accomplishing something. That you are actually making progress. I know people love games like Skyrim because they are made to never end, but if I wanted games that never end, I would play MMORPGS like Warcraft.

With games like Skyrim, as much as I genuinely enjoyed it (100 hours plus then the game glitched out and I flipped out and ate my disc), I NEVER felt like I was making even a dent in that world. That, to me, takes away from the fun. It’s true, I don’t want games that end after two hours, but in the same breath, I don’t want games that feel like every inch I move, I move two inches backwards. There is no closure or sense of growth in games like that and that just isn’t much fun.

What open world gaming tropes drive you crazy? Take to the comments and let me know. Also, go throw up a like over here and go visit me over here. Oh, and I interviews Lemongrab from Adventure Time, so def peep that when ya’ll get a chance. 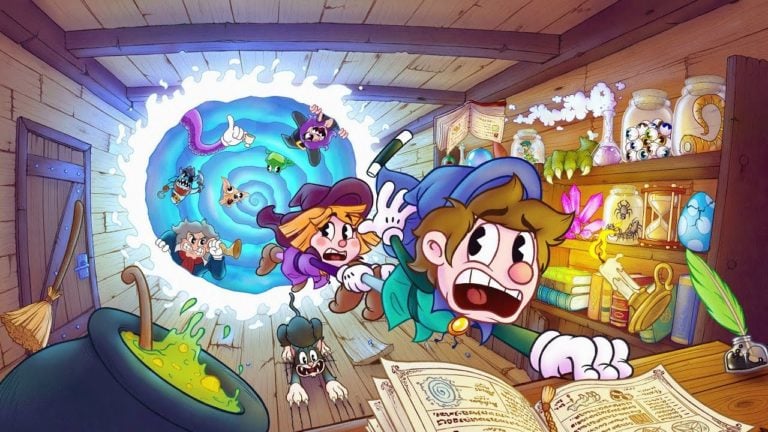