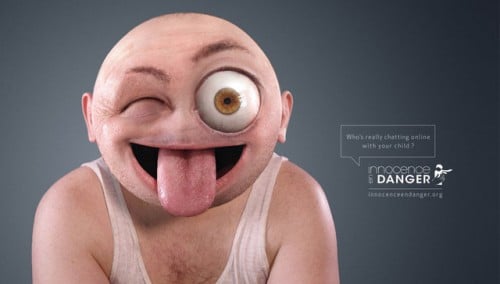 Because lately it seems I can’t get through a single day without posting an art project designed to give you nightmares, our special guest today is an ad agency called Rosapark who decided to bring these text icons to life. The campaign? Keeping creepy pedophiles away from kids online. Well mission f***ing accomplished.

There are two more faces below, just as off-putting as the one above, especially if you’re now looking at them as pedophiles to boot. I think it’s probably pretty accurate that if a guy makes a kissy face emoticon to a kid online, he should be monitored by the government. That may seem harsh, but 98% of the time it’s exactly as creepy as the face makes it look.

Check out the other two below: 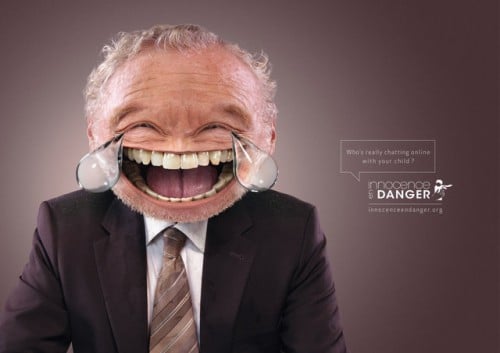 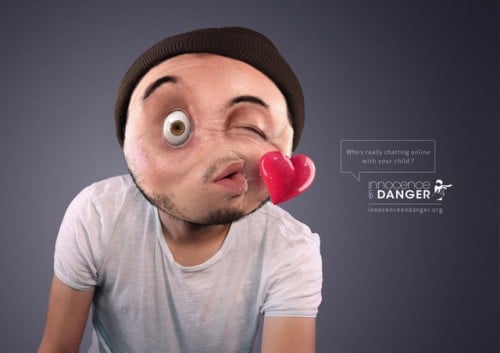 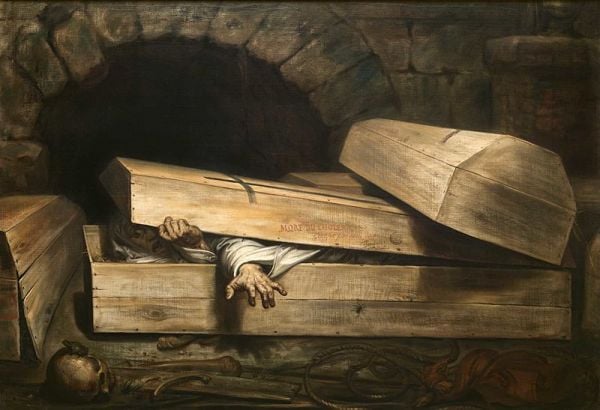