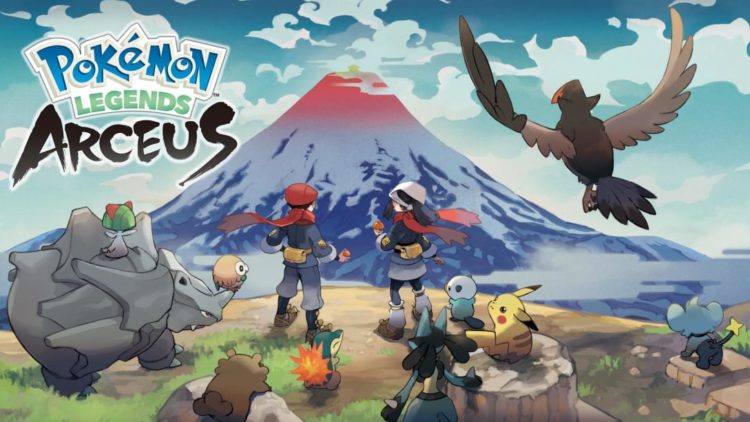 The Pokemon series of games have crossed countless genres, crossovers, endless other forms of media, and more but the mainline Pokemon games alone have inspired several similar video games and hacks. Most recently, Pokemon has inspired up-and-coming hit titles such as “TemTem”, “Choromon”, and even the gun-fueled “Palworld”, among many others. Below we’ve discussed “Pokemon Legends: Arceus”, the next Pokemon game set to launch this week January 28th, 2022, and how exactly “Pokemon Legends: Arceus” could be the best Pokemon game of all time, among other things involving the series.

Pokemon just ended 2021 with a bang, as it was the company’s 25th anniversary and they celebrated in huge ways from video games like “Pokemon GO” and Sword and Shield, and others. However, the official Pokemon trading cards got the largest, and most special, treatment of all with the properly titled “Celebrations” set and other merchandise in honor of the occasion. It also isn’t very often that two mainline Pokemon games come out within less than a year’s time of each other but that was the case recently as in November The Pokemon Company released the remakes of their own Diamond and Pearl games. With “Pokemon Legends: Arceus” being the next game to be released for the Nintendo Switch, it is considered a mainline game but there is a catch this time around that will bring Pokemon into a new genre that we’ve discussed below. Overall, from its inception to today, each Pokemon product released has appeared to appeal to a portion of fans in some way with how it has held every generation of fans that it has ever acquired, and is only acquiring more per release.

“Pokemon Legends: Arceus” itself so far has shown that we will be exploring the pre-Sinnoh version of the region introduced originally in the Diamond and Pearl games, which is being referred to as the Hisui region as it was called in the days of its early exploration and understanding of Pokemon. What could make this Pokemon game stand out more than any other has before will likely be due to the various new elements added to the series with the new entry that will make players into true Pokemon explorers. Previously Pokemon games had random elements for the player to encounter while traveling across the region, battling and defeating high-ranking Pokemon trainers but technology has always been a very large part of the Pokemon names, however “Pokemon Legends: Arceus” looks to be lacking technology greatly. Other parts of “Pokemon Legends: Arceus” so far appeared to have elements similar to those of previous games such as Pokemon behavior in the Wild Area, camping features, boss Pokemon similar to Totem Pokemon in the Sun and Moon games, and other features. Overall, “Pokemon Legends: Arceus” has shown so far that several elements from previous games will be included in this new entry but the element of survival appeared to be quite prominent. While we’ve been tasked with assisting in the expansion of the Pokedex in previous Pokemon titles, in “Pokemon Legends: Arceus”, and possibly future Pokemon Legends titles, we have been tasked with actually creating the region’s first Pokedex which could make it the best Pokemon game of all time.

How Pokemon Legends: Arceus is Different

Pokemon Legends as a title alone suggested that The Pokemon Company intended to expand further on the Pokemon universe and visit the known regions in a more primal way, according to what we’ve seen so far of Arceus. With a lack of technology, as stated above, “Pokemon Legends: Arceus” could be the best game in the Pokemon series so far, and for the near future, as this full-fledged Pokemon game will be the more bare-bones adventure in the series. In one of now several trailers released for the game that the player does appear to still be using a Rotom Phone, and while that is not technology necessarily it’s interesting as they weren’t introduced into the games until more recently than the original Sinnoh games. Overall, “Pokemon Legends: Arceus” could prove to be the best Pokemon game of all time with not only how raw the engagement and relationship between players and all Pokemon will be but also so far how it has already shown that this will be the closest to the actual origins of the world of Pokemon we know that we’ve gotten so far. In my personal opinion, and I believe most would agree, this has always been the Pokemon game that I’ve always wanted: the feel like a true Pokemon explorer.