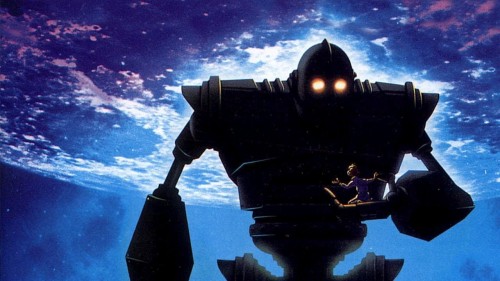 Superhero movies are a dime a dozen these days, and despite a decade of their surging popularity, they don’t seem to be going anywhere any time soon.

The truth is, after 80+ years of comics, there are just SO many heroes to choose from, we’re never going to run out. And the most famous of them? The members of the Avengers, JLA and X-Men? We love them so much we’ll reboot them every few years if we have to in order to make more films.

But the concept of a “superhero,” isn’t limited to comics. Rather, many films have attempted to put a new spin on the genre using heroes that never came from the pages of comics or graphics novels at all. It’s a unique, small category, but one that has produced a lot of great films. Here are my five favorites below: 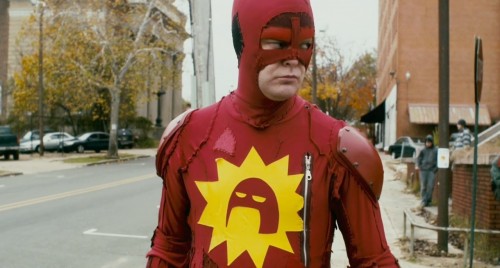 Rainn Wilson once joked that people only seem to like his movies after they’re no longer in theaters, and I have to plead guilty on that count. I wasn’t particularly interested in Super, as it looked like a quick cash-in attempt on the popularity of Kick-Ass (not featured here, as it’s based on a comic). But when I finally sat down and watched it, I found a fascinating, dark tale that was more violent than expected and pretty damn funny as well. Wilson and Ellen Page make a great, if not exceptionally creepy pair, and I applaud the Crimson Bolt’s desire to do away with the pleasantries and just start blowing bad guys to bits with a shotgun. There’s no dancing around moral codes here, and Super is worth a watch to anyone looking for the rarely successful amalgam of dark comedy and intense action. 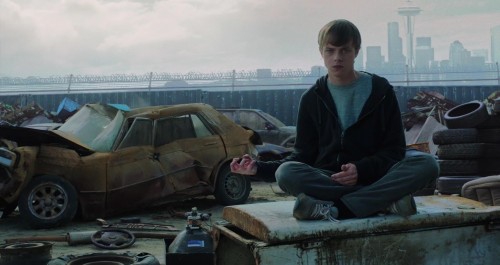 “Found footage” films tend to get a lot of flack these days because there have been so damn many ever since The Blair Witch Project, but if I’m being honest, I’ve liked quite a good portion of them. Cloverfield, REC and even the first Paranormal Activity were all interesting takes on the genre, and Chronicle was the first film to take the concept outside horror entirely. Three high school students are granted extraordinary telekinetic powers from an unknown object. Their different personalities shape how their powers grow, and eventually friend starts turning on friend. This results in a film that escalates leagues past where you were expecting it to, and it ends up being a lot bigger than you’d imagine going in. It may not be the best “everyman” superhero attempt, but it’s certainly a quality film that was much better than anyone anticipated it would be. 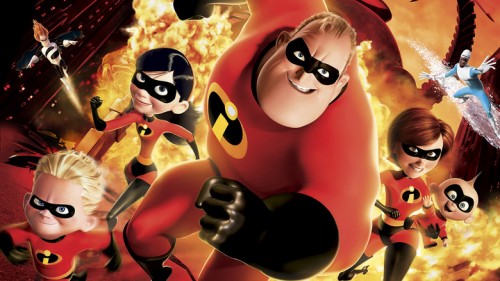 It probably was obvious to many of you that The Incredibles would end up on this list, despite being like nothing else that’s come before it so far here. This wasn’t a dark and dreary film, we’ll likely never see one from Pixar. Rather, it was a lighthearted look at a family of superheroes using Pixar’s trademark clever writing and physical comedy. The superpowers were all familiar, and we could sub in existing heroes like Superman, Mr. Fantastic, the Invisible Woman and The Flash, respectively for the four family members, but they were indeed their own creations. The film is simply a blast, and one of Pixar’s finest, if not THE finest, though nerds like myself may claim some bias there. It’s unclear why out of every Pixar project, The Incredibles has yet to get a sequel, but if I had to guess, we will see one eventually. 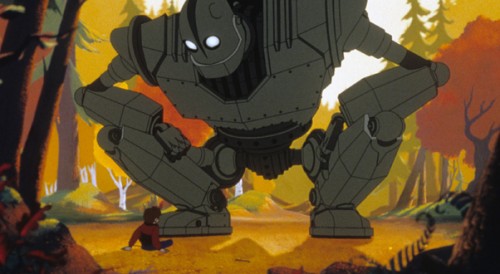 And naturally, we’ll leap right into another Brad Bird film. Many may not consider The Iron Giant to be a superhero film, but I view it as Bird practicing for his turn at the Incredibles later on. I realize that a giant metal robot who falls from the sky isn’t the most likely candidate to be a superhero, but that’s what the film is all about, isn’t it? His human companion, Hogarth, teaches him how to be heroic,  using the famed legend Superman as his guide. The Giant eventually learns what it means to be a hero and protect the ones he loves, and the result is one of the most tear-inducing endings to any film that’s ever been acted or animated. 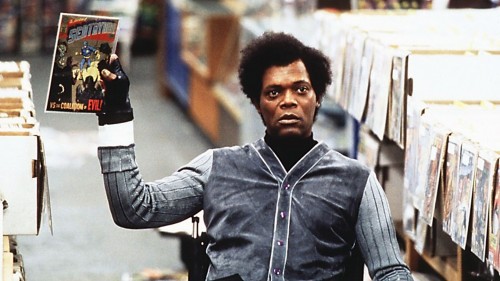 From M. Night Shyamalan’s “Un-Crazy Era” comes Unbreakable, the story of what a real life superhero might look like. Bruce Willis’s David Dunn has somehow has gone through his life without realizing he’s never been sick or injured, a fact pointed out to him by his eventual foil, Samuel L. Jackson’s Mr. Glass. The film is beautifully shot with the level of quality we once expected from Shyamalan, and many argue that it is in fact his greatest film, even outclassing the Oscar nominated Sixth Sense. I wouldn’t quite go that far, but it is probably my favorite looks at the “everyman” superhero, and it was nice to see Willis in a role that made him a hero who didn’t need explosions or machine guns to win the day.

What are some of your favorites I’ve missed here?