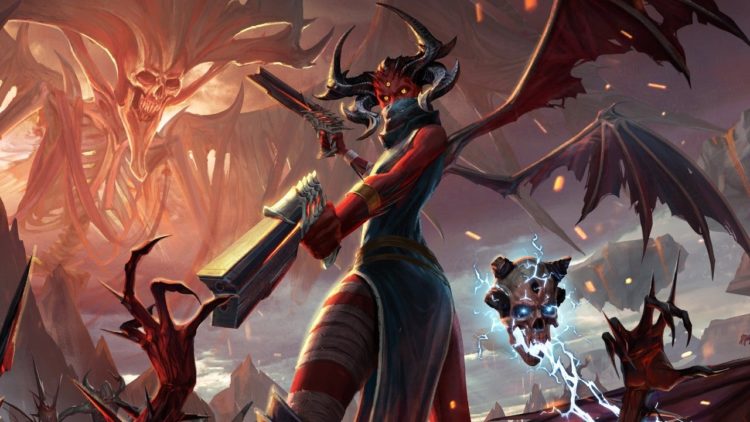 Metal: Hellsinger takes the common gaming practice that we have been doing since the ’90s and builds an entire sub-genre around it.  That is slaying monsters while listening to heavy metal while playing to the beat of it. We all have done it at least once in our gaming lives and Metal: Hellsinger is embracing this notion and running with it. Imagine playing DOOM while kicking around demons with the same musical rhythm as Guitar Hero. That’s basically what this game is all about. It is a particular sub-genre that is known as a “rhythm first-person shooter.” Developer The Outsiders is giving the video game industry a fun new idea that might spark other variations in the future.

The story is pretty much what you will expect from an FPS of this caliber. Players will take control of a devilish hell-slayer that needs to fight their way through the eight levels of the underworld to reclaim their place in the name of retribution. The story will be narrated by famed talent Troy Baker while he leads players into the abyss of darkness while in the midst of heavy metal mayhem. There will be all manners of demons, devils, and minions coming after you and it’s going to be non-stop action that’s synonymous with a standard “Horde Mode” found in any other shooter. Of course, this game isn’t so much aiming for an original story per se, rather it’s all about the music in which popular musicians will be lending their vocals.

Metal: Hellsinger is going to have wholly original music that’s being sung by artists such as Jame Dorton, Randy Blythe, Tatiana Shmailyuk, Bjorn Strid, Mikael Stanne, Dennis Lyxzen, Matt Heafy, and Alissa White-Gluz. These musicians are best known for their bands; Black Crown Initiate, Lamb of God, Jinjer, Soilwork, Dark Tranquility, INVSN, Refused, Trivium, and Arch Enemy, respectively. However, the actual music for this game is all being penned by Nicklas Hjertberg and Elvira Bjorkman. All of the songs will have layers to them, gradually changing depending on the performance of the player. It almost acts as an audience for the player that will either cheer them on or balk for being a noob. If everything gels together during a playthrough, everything kind of melds into a dance of death which will cause the adrenaline to start pumping.

The art design is clearly inspired by DOOM and even Quake, to some extent. Being able to play as a gun-totting demonic entity is certainly a new way to go about things. It’s not very often that players get to control a demon for the main protagonist of a story. Certain games like Legacy of Kain and Demon’s Crest come to mind. There are games out there, sure. However, they seem to be few and far between. Playing as another winged, crimson-skinned hero will offer a refreshing experience. It is noted by the developers that this character will be considered as “The Unknown.” She is a mutated creature that is both human and demon alike. Slaughtering through the vast, varied pits of hell to have a final confrontation with “The Red Judge” is this character’s ultimate goal. The Red Judge will be a constant looming presence throughout the game and players will battle her every step of the way. Apparently, she likes taking a “hands-on” approach when dealing with rogues running around her domain.

Now, when it comes to combat in Metal: Hellsinger, the music will reflect the type of destruction “The Unknown” can do. Whenever players successfully “Slay to the Beat,” the more powerful they will become and their weapons will become charged up. Weapons come in the guise of blades, shotguns, pistols, and even a magical skull who is also the narrator. Certain weapons also have an “Ultimate Ability” like “The Big Goodbye” and “Murder of Crows” which can clear out arenas. Even though this game will have a campaign, there will also be a “Challenge Mode” to where players can beat each other’s scores. Traditionally, there’s a certain idea of what “Hell” should be like. In this game, this void is a little different. This type of underworld will actually be noted as “The Infernal Planes.” What this is, is a multiverse of various hells stitched together in which players must venture through.

Everything from the mind-melting pits of Stygia to the frozen fields of Voke, every domain will have its own elements and challenges to overcome. The Red Judge and The Unkown will be duking it out throughout the different levels. However, she will most likely be in different forms with each encounter. It’s very much like how Sonic and Dr. Eggman battle each other at the end of every zone. It is the same old antagonist but in a different skin. This is a personal journey for The Unknown. She and The Red Judge have a history and it’s going to be gradually unfolded during the playthrough. This game was slated to be released last year, but it has been pushed back to this new year of 2022. There has been some confusion on whether or not this will be a cross-generational title. It was slated to be released for both the Xbox One and PlayStation 4 along with the next-gen platforms. However, it seems that this is no longer the case. It appears that this game will be available solely for Xbox Series X, PlayStation 5, and PC.

Whatever the case, this game is indeed coming out sometime this year. The Outsiders haven’t really specified which quarter they are aiming for. This title is obviously complete and ready to go gold. Chances are that this title could be coming out within the next few months, but that’s just a guess. Metal: Hellsinger has all the markings to become a sleeper hit. There is some prime talent behind this project and it has the potential to kick off a slew of similar titles down the line. Hopefully, this game will drop soon so players can get their hands on another hellish adventure.

httpv://www.youtube.com/watch?v=Z0fNa7Xw5PE This isn’t an urban legend like Pokemon Black or Haunted Majora’s Mask, rather this is something very real, and very weird that exists in the Sonic CD game. At the title screen, here’s how…

httpv://www.youtube.com/watch?v=E7xc7J8bdsU I know my last few videos have only been tangentially related to “Unreality” style material, but even if this doesn’t have to do with a particular movie or game, it’s still pretty damn cool…

Developed and published by Frontier Developments, ‘Elite: Dangerous’ is a game which simulates flight in space. It is the first in a series of related games, and the main claim to fame in regards to…

(click to enlarge) Yes, this is my second Super Smash Bros. family picture in as many days, but I don’t think it’s from the same artist. Though it might be. I can’t tell.  Tineye is… 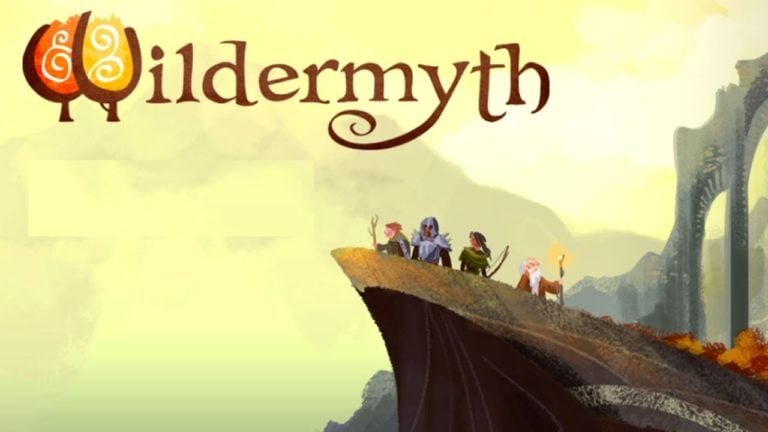 Wildermyth is a tactical RPG that is now in early access on Steam. As such, it is something that might be worth checking out for fans of tactical RPGs, particularly if they happen to have…

(click to enlarge) What you see here is a still frame from a cinematic from the upcoming Diablo 3. Yes, cinematics have always had better graphics than the games themselves, but we really are reaching…