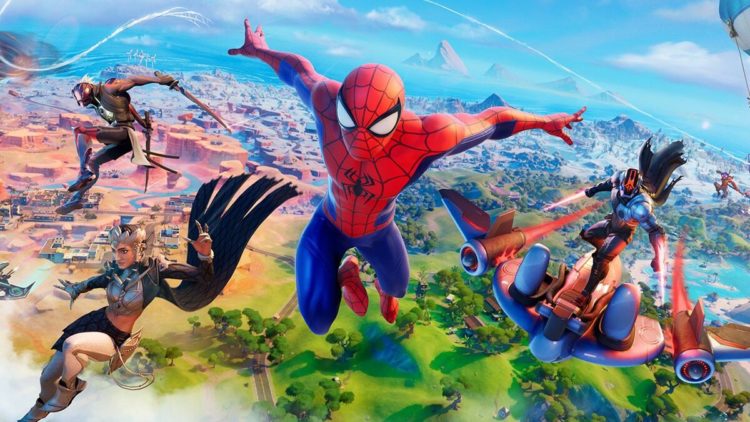 2021 was an interesting year for Epic Games as the company not only had several seasons of their free-to-play game, Fortnite, but Epic Games also collaborated with DC Comics to create a comic book run, as well as an additional one-shot that was released sometime after that featured events in Gotham City, versus on the Fortnite island itself. While the one-shot comic featured a major  Fortnite character right now Epic Games also worked with DC on creating not only several Batman outfits and other items, but also other characters within its universe. However, now it appeared that Fortnite was getting the comic treatment again except this time with Marvel Comics, a brand that Fortnite has worked with not only before DC but more intricately within the game itself with things such as an entire season based on Marvel and its collision with Fortnite. Below we’ve gone over all known details of the soon-to-come, recently announced Marvel Fortnite comic run to start in June, which happens to be the second Marvel and Fortnite comic collaboration, as well as other details regarding the upcoming and already in progress comic run.

Currently, Fortnite is about to end its first season of Chapter 3 with only days left for players to take advantage of before the map gets a remodel and takes up a new form, which has been rumored to be not only themed after the impending war between The Seven and the IO but also themed after Marvel characters to some extent, as they have in the past, such as the abovementioned Chapter 2 Season 4 that was heavily Marvel focused. However, while this would be the first comic run for Fortnite and Marvel, the two did collaborate during Fortnite Chapter 2 Season 4 Nexus War for not only the intense season itself but also for an accompanying comic that fans originally could read more of each week as the season progressed within Fortnite. Specifically, the story followed Thor coming to the Fortnite island to warn of the impending doom and devastation that was Galactus, the world eater but of course, he lost his memory and attacked everyone and everything in sight. As the season concluded, Fortnite and Marvel heroes joined forces to take on the monstrous villain. Now, however, it appears that while all details of the new season, besides war itself, have been avoided, rumors point out that the next Fortnite war could include Marvel comic characters to some extent, which would make perfect sense as Spider-Man was the newest Marvel hero to grace a Fortnite season or battle pass and his movie ties directly into the next, long-anticipated Dr. Strange installment so it wouldn’t be too unlikely for Marvel to continue down that path and include yet another Fortnite character to come with the other battle pass skins for Chapter 3 Season 2.

What seemed to follow the lead of the previous Marvel Fortnite collaboration, Nexus War, Marvel, and Fortnite have announced that the comic run to start in June will be titled, “Fortnite X Marvel: Zero War”. “Zero War” images were released from Marvel with the announcement of the comic run set to start in June and featured notable characters from each franchise in each image of the pages, as well as the cover, such as Spider-Man, Wolverine, and Shuri from Marvel could be seen while a post-captive version of Jonesy from Fortnite could be seen on the cover, as well as an unknown character that’s sure to be important or heavily connected to the story. Since the announcement of the Marvel Fortnite comic run, which will be a mini-series, Marvel has shared three additional pages of issue #1, on top of the initially shared cover page. Like the DC Comics Fortnite comic run, which somehow still never led to a DC Comics battle pass, Donald Mustard will be heavily involved. Also, like the DC Comics Fortnite comic run one-shot, The Foundation appeared in the pages of the upcoming series that Marvel shared with eager fans awaiting as new Fortnite comic tie-in. What’s also very interesting about Marvel publishing the next chapter of The Foundation’s story is that the character was last seen in comic pages when published within DC Comics’ one-shot that featured the character solving a deep mystery with the help of Gotham’s own Batman. Overall, the three additional pages of the upcoming Marvel Fortnite comic run starting in June that were shared featured what certainly appeared to be the middle of a war but also featured the return of Galactus and everyone’s favorite giant monster and giant robot from the infamous Fortnite Chapter 1 Season 9 kaiju style event.

You know that moment when two people come face to face in a confrontation where only one is going to walk away under their own power if they’re lucky? There’s some primal instinct hidden in…

Dorkly hit it right on the head with this one: 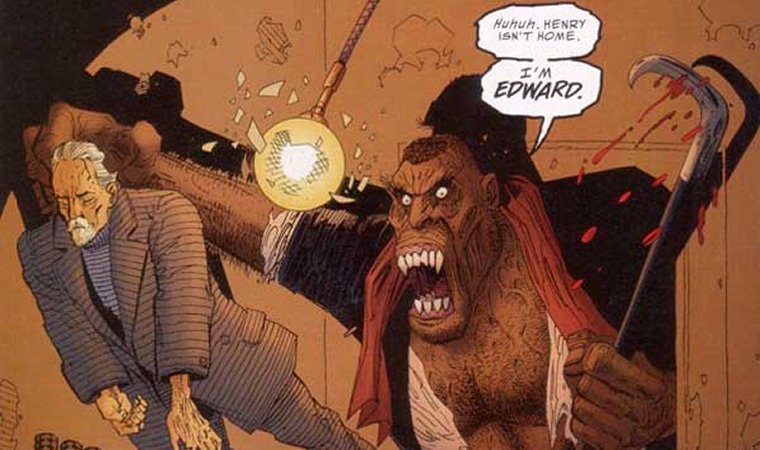 Alan Moore likes to rape people. Wait, that sounded bad. What I meant to say was: When Alan Moore writes a comic book, it is not unheard of for him to use rape as a…

Disney princesses have been the subjects of mockery many times before. It’s all in good humor, but we all know that as wholesome as Disney tries to make out their girls to be, it just…

I haven’t done a straight up artist feature here in a while, but when I discovered Mark Dos Santos’s Batman Saturday Evening Post covers, I knew I found my guy. Browsing his site, I discovered…