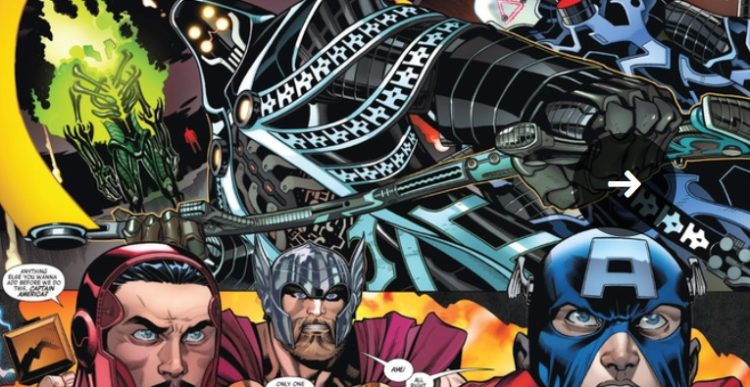 What Are Some Examples of How the Avengers Comic Is Changing the Marvel Comics Setting?

For starters, the comic book series has made a significant change to how life came to exist on the Earth in the Marvel Comics setting. In short, there is now an infectious power called the Horde, which is capable of threatening the Celestials. Four billion years ago, the Horde was responsible for killing a powerful Celestial called the Progenitor, which resulted in its fluids spilling upon the still-forming Earth. As a result, the Progenitor is responsible for not just the start of life but also the eventual existence of super-powered life on the Earth, which was permitted to happen because the First Host of Celestials believed that these beings would become the ones to overcome the Horde. This proved to be true when the Avengers proceeded to beat up the Dark Celestials, referring to those Celestials that had been overtaken by the Horde.

With that said, the evidence suggests that the Celestials might have very different gift-giving standards than humans. After all, their gift for the Avengers beating up the Dark Celestials was the corpse of the Progenitor for use as a main base of operations, which is more than a bit morbid. However, the Avengers seem to have taken to the gift, as shown by the fact that its members have shown few issues with turning the Progenitor’s heart into a power system for a teleportation network as well as its spine into an elevator. As such, while it certainly makes for a striking image, the Avengers are now based out of a giant corpse, though it remains to be seen how long this will remain the state of things.

Regardless, there is now a new permanent line-up of Avengers, which consists of Captain America, Iron Man, Thor, Black Panther, She-Hulk, and Ghost Rider. Doctor Strange participated in the whole series of events with the Celestials, but has since departed with the result that the remaining seat can be saved for other heroes to show up as needed. In response, other powers in the Marvel Comics setting have formed their own teams in response. For instance, Namor has formed the Defenders of the Deep, which seems to consist of a not particularly collection of sea monsters. Meanwhile, Russia has formed the Winter Guard, which seems to be a collection of references to famous Avengers but with various descriptors added to make them seem more Russian. This can be seen in how Crimson Dynamo is literally described as a Russian Iron Man, while Vanguard is apparently a Russian super soldier with a shield with a star upon it. Never mind the Slavic storm god Perun and the Red Widow, who is a graduate of the same program as the Black Widow. As for the United States, well, suffice to say that the Squadron Supreme of America has always been a nod to DC Comics’s Justice League of America.

On top of this, Black Panther has been named the chairperson of the new Avengers lineup. Moreover, he has stepped up in a big way by forming the Agents of Wakanda, who will be handling more secretive operations that the Avengers are not well-suited for. Something that has become critical in the absence of SHIELD in the current Marvel Comics setting.

Finally, the Avengers comic book series seems to be paving the way for War of the Realms, which will be Marvel Comics’s next big crossover event. This can be seen in how Thor and members of his supporting cast have become involved in the big events of the comic book series, with one example being Loki’s efforts in regards to the Dark Celestials and Odin’s current role as an adviser. Summed up, it is clear that the Avengers comic book series isn’t hesitant about making big events happen as well as laying the foundations for even bigger things to come. 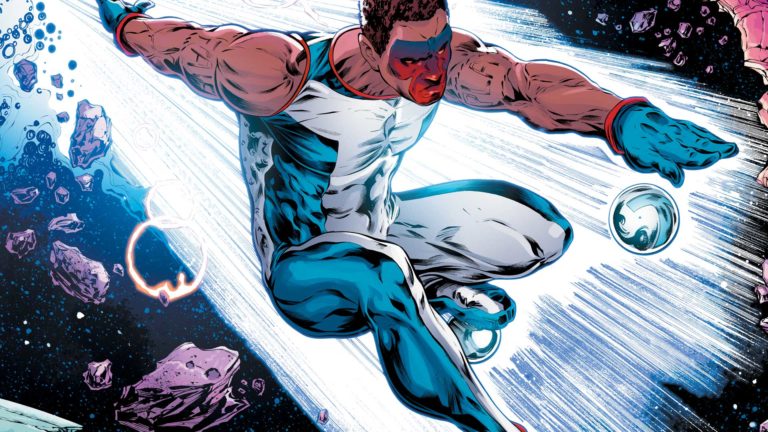 Mister Terrific is a DC Comics superhero. However, it is important to note that the name has been used for two characters, with the first being Terry Sloane and the second being Michael Holt. Generally…

Believe it or not, I actually came up with this idea before either Osama bin Laden got killed or I knew Hitler died on this weekend in 1945. I just noticed a large amount of…

Reader warning: the following article will contain minor spoilers to discuss the developments of Dark Horse’s new, stellar run (pun intended) in the worlds created by George Lucas. Consider yourself warned, padawans. May the Force…

I don’t have kids yet, but I’m told one of the hardest parts is getting a flailing, squealing child strapped into a car seat. Well now that’s a thing of the past, as what kid…

Ant Lucia is one of the best artists around, and specializes in pin-up style art from decades past. They’ve done an entire series of pin-ups based on various DC heroines, and as you might expect,…