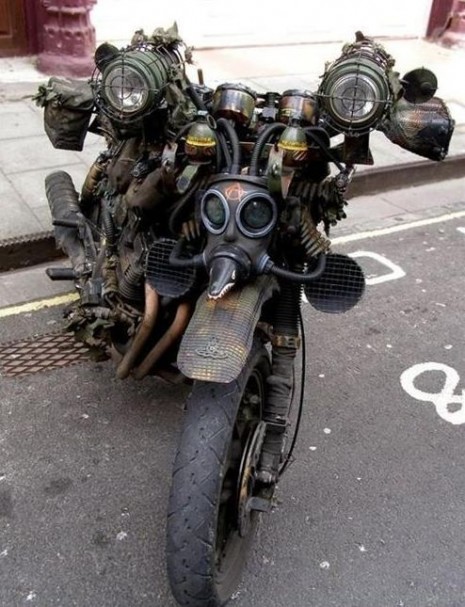 Wondering how you’ll get around when the world ends? Well I’m calling shotgun on this fantastic creation which would intimidate anyone I came across. At least until I ran out of gas. Then I guess I could put a chain on it and pedal it around, but that probably wouldn’t be quite as intimidating.

As a side note, this reminds me that Sons of Anarchy comes back September 6th to which I give a resounding ‘Hell yeah!” Though it’s going to be incredibly difficult for them to top that last season, which had one of the best finales I think I’ve ever seen on television. 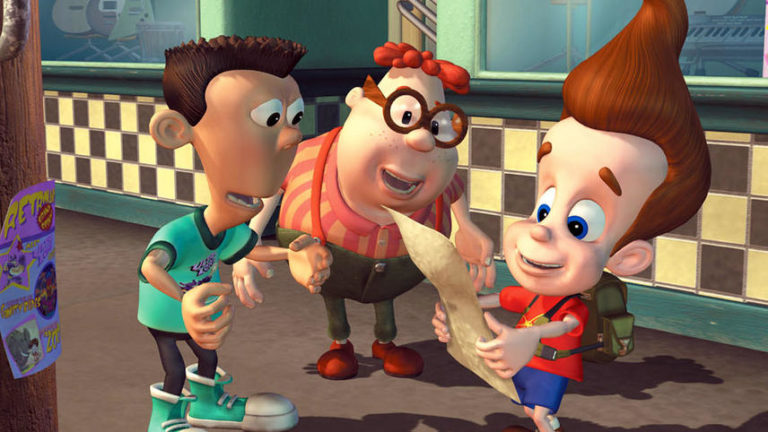 Jimmy Neutron refers a franchise started up by a computer-animated movie called Jimmy Neutron: Boy Genius in 2001, which was made by Nickelodeon Pictures in collaboration with a couple of other companies. In short, the…

Well it took some weeks of waiting, but I did what I set out to do. My plan was to wait until Spartacus: Gods of the Arena had aired in its entirety, and to swallow…

httpv://www.youtube.com/watch?v=BewknNW2b8Y So I don’t generally deal with reality show bullshit, as I have too many other fictional shows to keep up with, but I have a soft spot in my heart for particularly touching “(insert…

There’s a reason HBO took a week off of Game of Thrones last Sunday over Memorial Day weekend. They didn’t do it last year, and suffered a drop in the ratings as people were out…

We’ve been no stranger to nerd-themed Valentines over the years, but last year this time, Game of Thrones didn’t exist (in TV format), and so this year we’re in for a treat. Artist Chris Bishop…

I’m pretty sure I haven’t watched a full episode of Family Guy since high school, but I saw enough then to have the theme song memorized completely. CineFix has decided to continue on a growing…