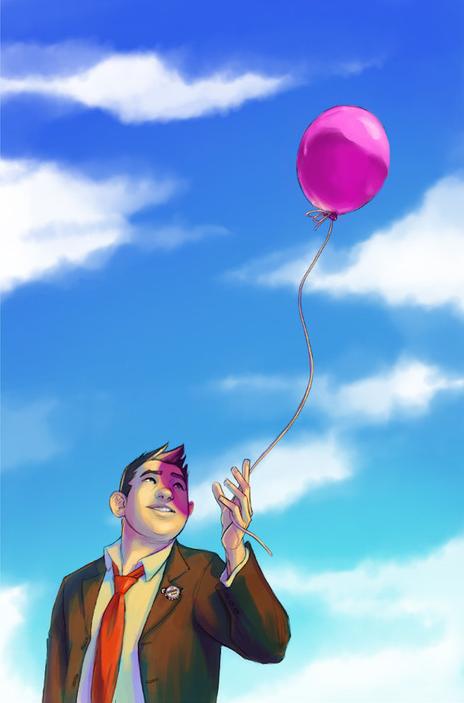 From artist Kristal Babich comes a bittersweet ending for Pixar’s Up. In it, Russell grows up into a slightly less round man, and releases a balloon in memory of his old friend.

But that’s not all, there’s a second half to the piece which shows Carl, Ellie and Doug observing the gesture from on high. You know, it’s rare that a mere picture can get me a little choked up, but I’ll be damned if this doesn’t have that effect whether I want it to or not.

See the other half below: 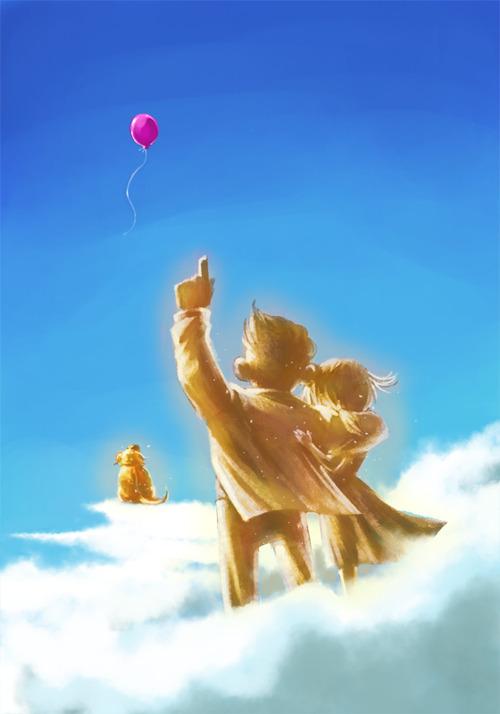 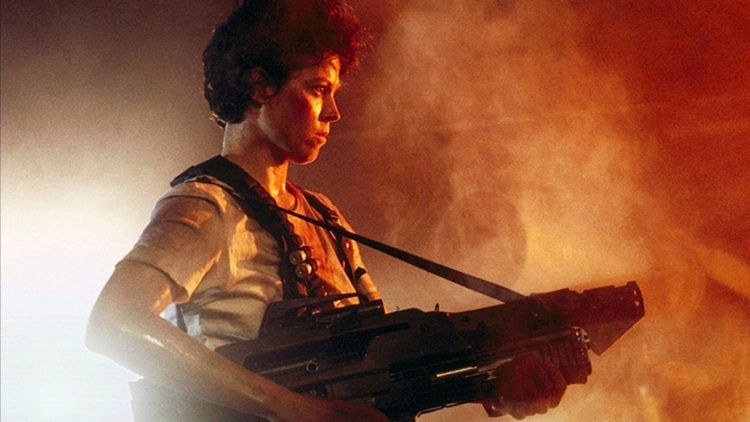