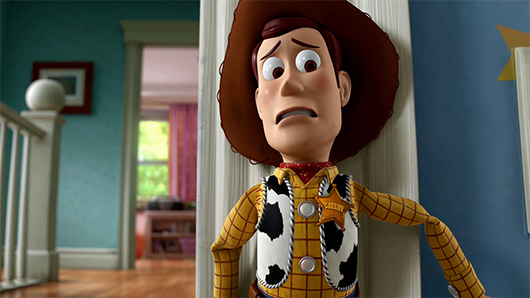 This is the face I had when the news first dropped that Toy Story 4 was actually going to happen. The film is scheduled to be released in June of 2017, which means my son will be old enough to go and see it. While the thought of sitting down and enjoying the 4th installment with my son as we partake in some popcorn saturated in butter seems delightful, I can’t help but be extremely pessimistic about this entire ordeal. Is Disney that tight up for money that they have to stroke this particular cash cow one more time? Or is there the slight possibility the creators/writers/animators at Disney have thought up a great way to continue an already beloved classic tale of the toys that come to life?

I know that when the news broke, I think my twitter feed imploded upon itself. It seemed that everyone’s first thought was to hit up the twittersphere and explain how entirely unnecessary it was to create this 4th film. People everywhere were chiming in at how it would tarnish the immaculate history of the Toy Story series and that they would rather boycott the film all together. 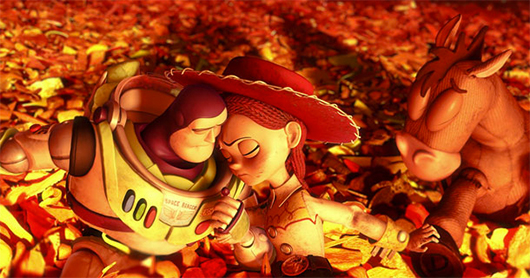 Funny when you think about it, because when news broke about Toy Story 3, I recall a very similar response from the social networks.

Interestingly enough, the outcry from the fans did not fall on deaf ears, the director of the first two stories, John Lasseter gave this comment in response to what he was reading:

We love these characters so much; they are like family to us. We don’t want to do anything with them unless it lives up to or surpasses what’s gone before. ‘Toy Story 3’ ended Woody and Buzz’s story with Andy so perfectly that for a long time, we never even talked about doing another ‘Toy Story’ movie. But when Andrew, Pete, Lee and I came up with this new idea, I just could not stop thinking about it. It was so exciting to me, I knew we had to make this movie—and I wanted to direct it myself.

Reading that, it makes me think that there might be more up the sleeves of the John, Andrew, Pete and Lee conglomerate than what we might have initially thought. And there is the added bonus that the Pixar/Disney team have yet to screw up anything Toy Story related. Yet, none of the voice actors have been cast from the previous films. One would think that they wouldn’t announce anything unless they were certain that they at least had their two main go to talents Tim Allen and Tom Hanks. 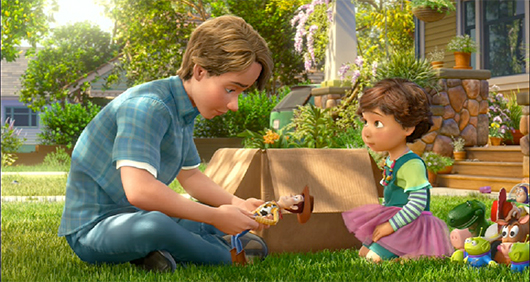 Seriously, if you didn’t well up with tears just a little, you have my pity.

Trilogies seem to do alright as a whole, but how many movies do well when they exceed that? Indiana Jones, Bourne, Pirates of the Caribbean and Batman and Robin are prime examples of not stopping when you’re ahead. I guess what it all boils down to is that I’m looking for someone to hold my hand and tell me that everything will be alright. I need that sense of comfort that the tears I shed for the third film aren’t going to be in vain. That if they do continue on with the Toy Story legacy that they’ll keep it’s integrity intact.

What say you Unrealtors?! Are you for or against this Toy Story 4 debacle? I myself will remain on the fence till I get more details. You know, details like if this is even going to be about Woody and Buzz at all. Perhaps this is a new story entirely that focuses more on fresh original characters with some old classics sprinkled in to keep the nostalgia alive. Eventually we’ll get the full scoop but for now I’ll keep my fingers crossed and hold my Buzz Lightyear action figure tight.