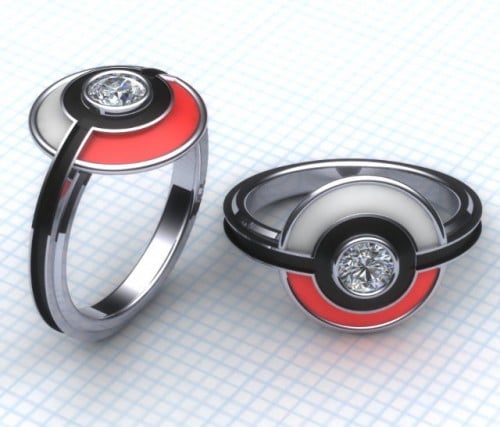 Alright, this isn’t the first Pokemon-themed engagement we’ve posted here, but the others were usually a ring inside of a ball. Now we’ve evolved to the ball being the ring itself, and even as a huge Pokefan myself, that may be a bridge too far even for me.

There are two versions, one with flat colors above that looks a bit too cheap despite an expensive diamond in the middle, and then another gem-filled one below which is a bit better, but presumably a lot more expensive.

Both of these are from Paul Michael Design on Etsy, and though these rings might not necessarily be my cup of tea, he’s got some great stuff there. 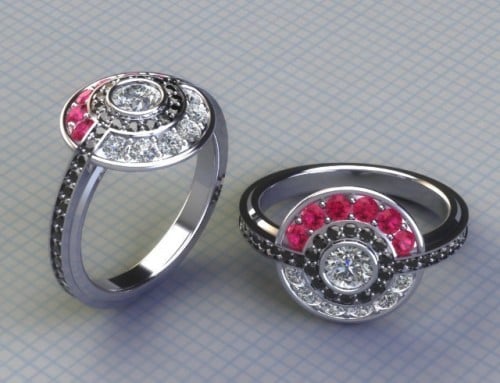 When it comes to looking back on my life in sixty years or so, chances are various video game-related occurrences won’t be on my list of regrets. Or maybe, if I’m lucky, they’ll be the…

Image Created by Shirts.com Must admit this is pretty extensive. Infographic via  Shirts.com

We here at Unreality enjoy the psychopathic clown.  It’s just so unusual.  Clowns scare the crap out of me whether or not they’re even intended to be scary.  And in recent years, video games have…

httpv://www.youtube.com/watch?v=CNhzBgov6cI Cosplay’s going mainstream, as Mortal Kombat is using real live models to demonstrate just how hot their fighters are in new previews for the game. Above you’ll find Mileena, a real life version spliced…

httpv://www.youtube.com/watch?v=9_1b5uK9Xoc You’ve all played it at least a dozen times by now, as it’s the most controversial video game level of the year, and quite possibly ever, but what were you listening to as you…