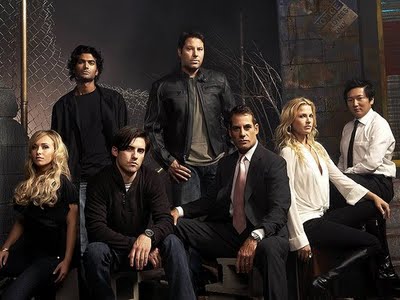 Like I did with True Blood, I was planning on reviewing every episode of this season of Heroes.  After sitting through the two-hour season premiere, I am strongly reconsidering.  Heroes has become the show that everyone loves to hate, but I didn’t join in.  I saw potential in the show and held onto hope that one day, we’d get something as cool as Season 1.  I defended the show, but as seasons went on, I started losing interest.  I wrote that I wasn’t sure how I felt about Season 3’s ending, but after some time, I came to think it was alright – at least the writers took a chance and did something creative with the characters.  Unfortunately, the two-hour season premiere did nothing to convince me that this season will be worth watching.  Keep reading for the full review, some spoilers: 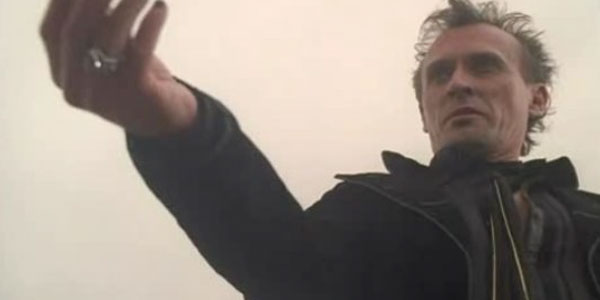 The title of this episode is “Redemption,” somewhat fitting considering that Heroes as a series needs some damn good stories to redeem itself as a worthwhile television show.  If Season 4 is good, I thought, I’ll forgive Seasons 2 and 3.  So far, no dice.   The “Carnival” people in the show’s opener seemed alright, but soon enough I was reminded why Heroes has been so terrible the past couple of seasons.  Claire is the same old boring, lame, and dumb Claire (credit where it’s due to the writers for at least acknowledging her stupidity; I was sure they’d make her ace the professor’s entrance exam), Peter’s more of a wet blanket than ever, and Matt’s still a pudgy sucker.  And at this point, Hiro and Ando are full-on cartoon characters in a children’s show.  Thank God Ando rescued that cat; I was on the edge of my seat!  The “I’m dying” bomb carried no weight since Hiro is a one-dimensional, childish character. 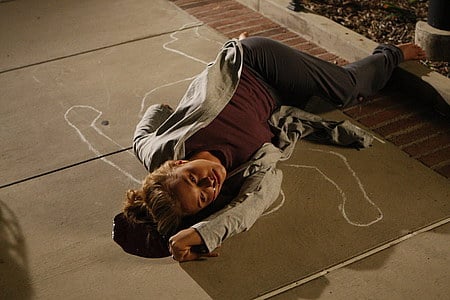 Other than the Carnival folk (Ray Park was pretty sweet), the only scenes in this show worth watching are the Nathan/Sylar scenes.  Sylar’s trapped inside Nathan and slowly, he’s beginning to suspect something’s wrong.  He can’t identify with his own past, and new powers are manifesting.  I think it’s an interesting concept and as far as television goes, it’s pretty original.  Sylar is one of the reasons I’ve stuck by the show, and it’s good to see (especially through Parkman’s hallucinations) that he’s totally evil again.  The “Sylar-going-good” story arc was naueseating.  As far as the hallucinations go, I’m fine with those, too.  It’s a decent way for the writers to get Quinto (Sylar) into the show, and the idea of a piece of Sylar’s consciousness attaching itself to Matt’s as a result of the brainwash is pretty cool.  But let’s not get carried away – the rest of this episode was garbage.  Nobody cares about the death of Danko; I didn’t even expect him to be around this season.  Tracy’s act has gotten old, but thankfully there’s no Maya or Mycah.  No Mohinder either, which is good. 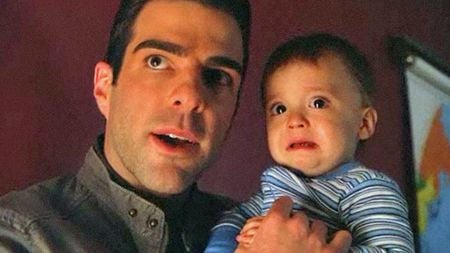 There were plenty of groan worthy moments, such as when the woman Peter rescues happens to be pregnant…with twins!!!  How noble.  Or Clare and the girl from Californication bonding over Guitar Hero…while all the other kids drink and enjoy the party.  Or – and this made me want to ram a pencil into my ear – the woman who investigates the death of Claire’s roommate and scoffs at the idea of foul play.  “Murder?  Are you mad?  There was a suicide note!  You didn’t see it?  Oh, well do you know anyone who would want to kill her?  No?  Then case solved, it’s a suicide.”  I’m not asking Heroes to be Law & Order, but Jesus Christ, try just a little. In a rare moment of common sense for Peter, with regards to the compass, he suggests to Noah what I’m sure we were all thinking: Why don’t you just give it back?  Seriously, Noah, why the f*ck would you even care anymore?

And oh yeah, why does Hiro now think it’s a good idea to travel back in time to fix things?  Yes, I know he was sent back involuntarily, but his new mission seems to be pretty stupid.  So much for your code, dude.

Maybe it’s my own fault for expecting anything of substance for Heroes, but once again, I find myself incredibly disappointed with the show.  We’ll see what happens, I guess.

What did you guys think?  Am I being too hard on the show?  Is Claire going to make out with her new college friend?