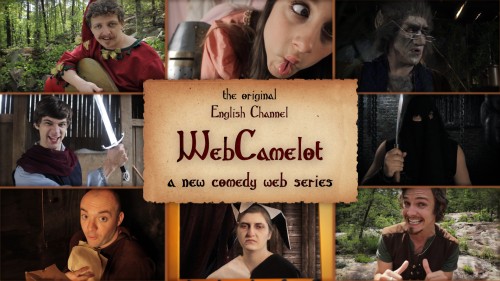 Y’all don’t know this, but I’ve been wanting to write this post for almost a year.

Production is wrapping up on the original comedy web series WebCamelot, a low-budget, independent venture between myself and a couple other (even more) talented fellas. And you can see it soon right here on Unreality!

I’ll save myself the trouble of coming up with a new way to describe this thing and just give you the official pitch:

“In a recent discovery that rocked the historical community, archeologists uncovered a cache of video blogs dating from the reign of ARTHUR PENDRAGON, KING OF CAMELOT.

Hardworking, unpaid interns have compiled these vlogs to create a behind-the-scenes account of life during that time. Looks like we’re going to have to rewrite the history books…  or at least, the interns will.

WebCamelot is a brand new comedy webseries that gets up close and personal with the intimate joys and embarrassing pains of the everyday lives of the citizens of Camelot.”

And it’s actually pretty good! I know, like what else am I going to say.

The trailer drops next Friday, so be looking for it. The episodes will follow soon after. There’ll be eight of ‘em, seasoned with some cool behind-the-scenes goodies for those interested in low-budget filmmaking and VFX and stuff like that.

Watch this space. Spread the word.

Click on the photo for 6 retro features modern video games need The march of progress has trampled some flowers of fine living into the dirt of history. After the Stone Age, we forgot how…

Straight from French designer Elise Siegwald is this epic Steampunk Game Boy Color.   I have nothing else to say.  The pictures speak for themselves.  There’s also a few making of photos, it was made…

I never pictured myself writing fan fiction. It has always been a guilty pleasure of mine. You know, stuff that you indulge in secretly. There’s nothing bad about fan fiction. It’s just that people usually…

OK now I’m even asking myself this question:  “Are we selling out here?”  Let me tell you why we’re not.  Sure we post Star Wars stuff like every other week but it’s because there’s nothing… 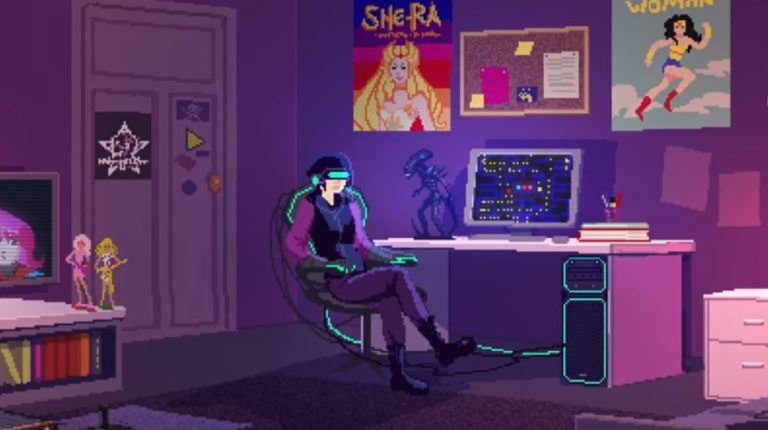 ﻿ It won’t be long until Steven Spielberg brings us the adaptation of , a science-fiction novel written by Ernie Cline, to the big screen, hitting theaters on March 29th. However, GUNSHIP, a synthwave band,…