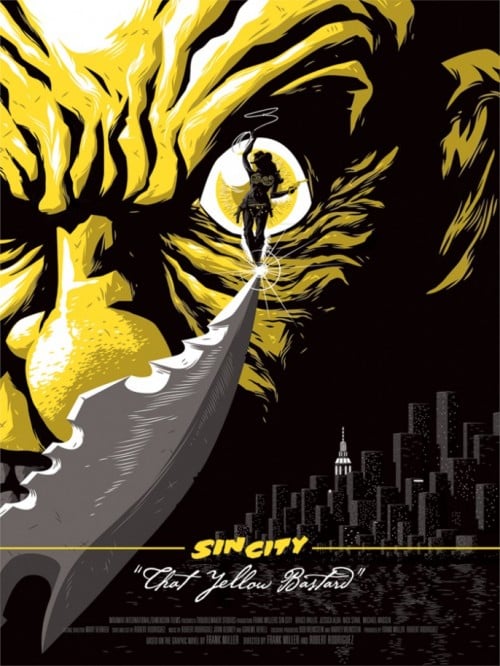 Anyway, these posters by Florey are from the original, not the sequel, though many characters featured did survive to the next film. I’ll be curious to see Jessica Alba return to her iconic role, mostly because I literally don’t think I’ve seen her in another movie since Sin City came out. Good Luck Chuck doesn’t count. Because no one saw that.

Check out the other two posters below: 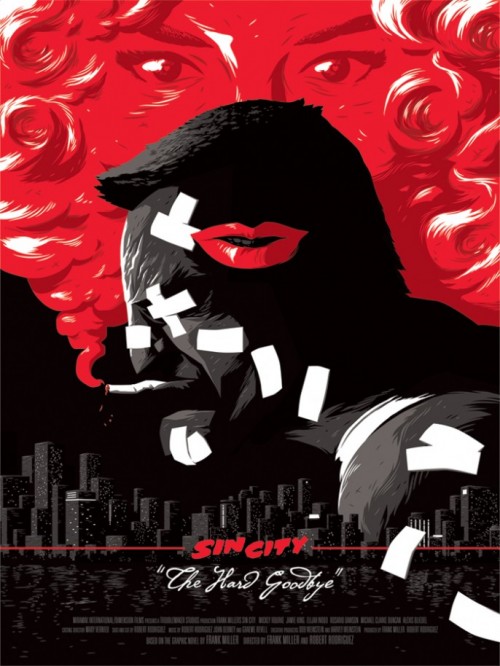 Here’s a picture collage of all the live-action versions of Batman throughout the years. He started looking like a bad Halloween costume, and today under Chris Nolan has progressed to what appears to be Solid…

Yes, it’s always nice to see hot girls dressed up as Street Fighter or Mortal Kombat characters, but sometimes cosplay is more than just boobs, it’s about creativity and putting yourself out there. I’m not…

If there’s one genre of film I love, it’s science fiction.  If there are two genres I love, they are science fiction and musicals.  So you can imagine that during the very rare occurrences that…

You guys will have to excuse me if my entry this week seems a bit light on text, but for me to divulge too much about the 2011 Norwegian film, Headhunters, would be counter-productive to…

This is probably the third or fourth time I’ve featured gender-swapped Disney princesses at this point, but I believe it’s the first where the guys have gotten involved as well. Doro has sketched out what…

Introducing my favorite thing of the week, this series of amazing illustrations from Ed Harrington, which shows IKEA-like instructions for assembling a collection of horror villains/characters. Perhaps this speaks to me more than most as…