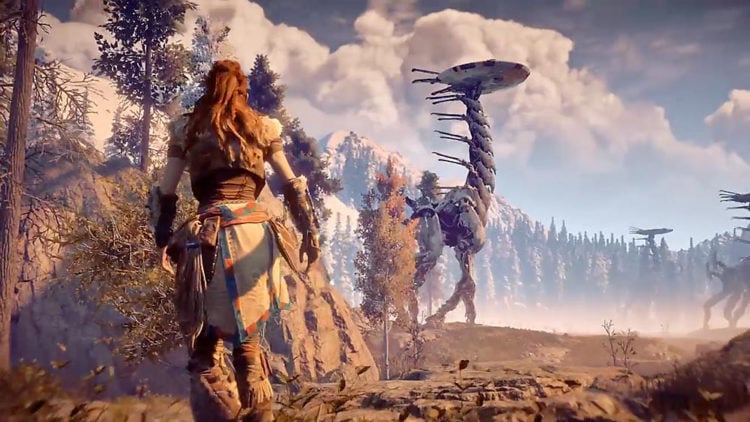 Horizon Zero Dawn was very well-received. As a result, it should come as no surprise to learn that there are a lot of people out there who are interested in finding similar titles on which to spend their time. Fortunately, this is a very common issue, meaning that interested individuals should have no problems finding plenty of suggestions. Here are some example of games that might suit those who enjoyed Horizon Zero Dawn:

Batman Arkham is an entire series of action-adventure games centered on the titular superhero. The series is its own continuity, meaning that there is no need for interested individuals to follow other material. Furthermore, the series is complete in a narrative sense, which is why players won’t have to wait to see what happens next. As for why Horizon Zero Dawn fans should consider it, well, suffice to say that Batman Arkham has some very good stealth segments. Batman is supposed to be someone who strikes fear into the hearts of ciminals, so it should come as no surprise to learn that the titles are packed with sequences in which players have to move from hiding spot to hiding spot while taking out the enemies on the scene one by one. Besides that, Batman Arkham also has some pretty decent open-combat moments as well, which should please those who are looking for something faster-paced.

God of War is another action-adventure game that interested individuals should consider. Despite its name, it isn’t the first installment in its series. Instead, it is an excellent example of a series reboot that feels like a series reboot. In short, Kratos is now in the world of Norse mythology after having destroyed the world of Greek mythology. However, he is now a much older and much wiser person, though to be perfectly fair, that isn’t saying much considering his sheer anger in the earlier installments in the series. Nowadays, Kratos is a father once more, though his relationship with his son Atreus is complicated by the fact that he struggles to communicate his fears as well as his concerns. Gameplay-wise, this title offers plenty of action, which is less frenetic than its counterpart in the earlier installments but no less excellent. However, where it really shines is its storytelling. Something that can be hard to believe considering the series in which it belongs.

Monster Hunter: World can sound like a rather strange choice for someone who enjoyed Horizon Zero Dawn considering that its narrative is minimal at best. However, there are some similarities that can be found in the combat of both games. In short, Horizon Zero Dawn players will have put a fair amount of time into figuring out their tougher enemies’ strengths and weaknesses before coming up with a way to mitigate the first as well as capitalize on the second, thus enabling them to get away with some rather valuable loot in the process. If that is the kind of thing that they enjoy, then they should definitely check out the latest entry in the Monster Hunter series. After all, observing monsters in their natural habitats, hunting those monsters for their horns, their scales, and other valuable materials, and then turning those materials into even better equipment is the central loop of the series. On top of this, it should be mentioned that there are some truly spectacular enemies that can be found in this game. For example, the first time that players run into the fire-breathing T-rex that is the Anjanath, they are likely going to boggle at the size of the monster striding towards them on its powerful legs. Never mind actually come up with a plan to defeat it. However, it should be mentioned that Anjanath is actually a relatively low-threat monster compared to some of the other monsters that can be found in the game, which range from the fast-moving but ridiculously electrifying Kirin to the very vicious Nergigante, which even looks like bad news thanks to the spikes that cover its entire form.

The Witcher 3: The Wild Hunt

In recent times, The Witcher has seen another spike in its popularity thanks to the success of the Netflix series. As such, now is a good time to play The Witcher 3: Wild Hunt, which is set so much further down the road that it won’t ruin people’s enjoyment of one to experience the other. In any case, this game is centered on Geralt of Rivia, who is searching for his adopted daughter Ciri alongside the sorceress Yennefer while Ciri runs from an otherworldly force that wants to exploit her for her powers. Based on this, it should come as no surprise to learn that the game is quite story-heavy, though in a good way considering how it has managed to please both the critics and the consumers. Moreover, if players enjoyed investigating enemies before taking them apart, that is definitely a theme that pops up in The Witcher 3 on a regular basis. After all, Geralt is a witcher, meaning that monster-hunting is a big part of his way of life. However, it could be argued that this game’s monster hunts offer a wider variety of experiences than those of the previous title. In part, this is because Geralt hunts a wider range of both supernatural and not so supernatural entities where the Monster Hunter series is focused on super-sized creatures that feel relatively naturalistic. However, this game’s increased on narrative means that there is also a wider range of outcomes, particularly since witchers can choose to serve as something of an intermediary between men and monsters.

The reboot of the Tomb Raider series is another good place for interested individuals to cast their gaze. So far, there have been three installments, which feature a neat mixture of story, action-oriented gameplay, and a fair amount of puzzle-solving. On top of that, one could even draw clear connections between the two protagonists, seeing as how the rebooted series starts out with Lara Croft as a college student out on an expedition before turning her into the much more hardened individual from the rest of series through the crucible of her experiences. 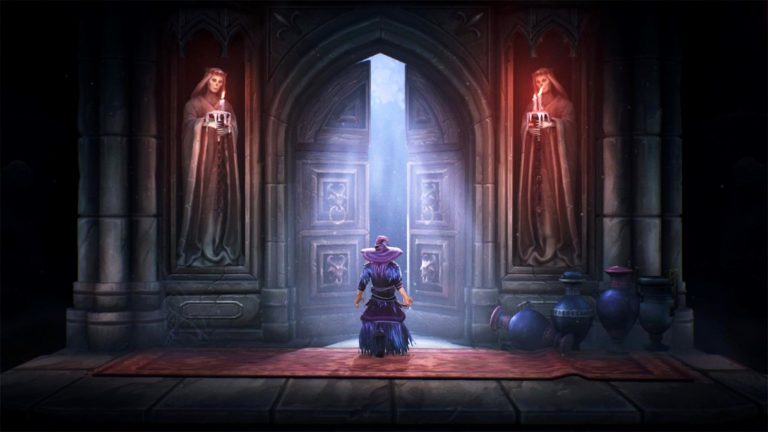