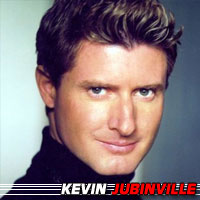 Are any of you familiar with the movie PCU?  I sure as hell hope so.  I for one think that it gave Animal House a serious run for its money.  I know that most people would probably disagree with me but Jeremy Piven’s character Droz was legendary.  Plus I think it’s funny how Piven is WAY more bald in that movie than he is now.

But let’s get to the topic at hand:  an obscure character from the movie that I happen to like.  Nope, it’s not any of the stoners.  And no, it’s not Moonbeam.  It happens to be a guy that I believe only has one line and one line only….

Tom: You guys used to be in The Pit?
Prescot: I know, it’s sad. The swine in there are dirty, stupid, and worst of all, poor.

That’s right folks.  His name is Carter Prescott, played by Kevin Jubinville and he’s about the most waspy, yacht riding, white supremacy guy in the underground fraternity that David Spade’s character leads.

It’s not that Prescott says much but it’s his haircut, the way he talks, and most specifically grimaces when saying “poor.”  It’s probably the most memorable line in the movie.

The fact that I don’t have a clip of it pains me.  But once I reach the 10 minute mark on searching I have to call it a day.  In any event if you do see PCU again, please look out for this scene.  It’s legendary.

Oh and P.S.  Kevin Jubinville was in 8 episodes of Degrassi High:  The Next Generation playing a guy called “The Shep.”  How awesome is that?

If there’s one thing I can appreciate from a movie it’s a cool vehicle.   Like any other prop it can serve as a meaningful extension of a character.   In some cases though it can unfortunately…

In the myriad of awesome comic characters that have puzzled and entertained us throughout history, The Joker remains and will always be one of the best.  And perhaps no better portrayal was given of this…

Whether it’s mastering a video game, directing a film, or taking a photograph, dedication to one’s craft is something I think we can all appreciate.   It shows that the individual not only cares about what…

It’s nice to know that talking while taking a piss is not only acceptable, it’s encouraged as a means to find out critical information.  Thanks Valve! Via Imgur

I’m sure you guys know that we’re big fans of Steampunk on this site.   So for all you computer mod people out there I believe these pictures are most definitely for you. Someone out there…

The GoPro is hands down one of the most revolutionary inventions of the 21st century.   It’s about as close to virtual reality when it comes to video watching as can be.   Never before have we…