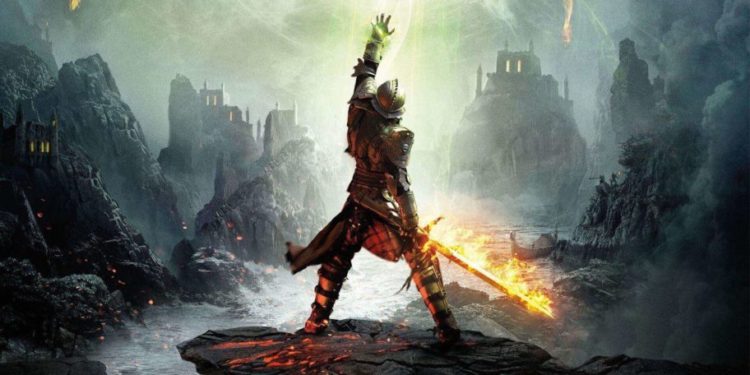 Fans of the “Dragon Age” series have been anxiously awaiting any news regarding the previously confirmed, and previously unnamed “Dragon Age 4”, now known as “Dragon Age: Dreadwolf” from BioWare. Although the game was known to be in the works, fans had no idea what to expect from the famous BioWare franchise as the last game released under the series was “Dragon Age: Inquisition”, which was released 8 years ago for Xbox 360, Xbox One, PlayStation 3, and PlayStation 4. Below, we’ve gone over the details of the Dragon Age series as a whole, everything we know about the next adventure in the land of Thedas, and other details of “Dragon Age: Dreadwolf”.

BioWare has been a pretty large name in the gaming community not long after their formation with a variety of unique games that easily let the developer stand out from others at the time but games such as “Mass Effect” truly changed the landscape for BioWare. While BioWare has seemingly always created groundbreaking games, one way or another, regardless of genre, from their earliest PC exclusive productions to the work the company has done since becoming part of the EA family. Overall, the games BioWare has become most known for include the “Mass Effect” series, the “Dragon Age” series, the original, intensely popular, “Star Wars” RPG “Knights of the Old Republic”, as well as “Star Wars: The Old Republic” and several expansions for the MMOPRG series, and more.

Announced by BioWare, a little under a decade after the release of the previous mainline “Dragon Age” game, “Dragon Age: Dreadwolf” hasn’t shared many details regarding the future sequel but in a press release BioWare detailed everything possible at this time. While the blog post started off by stating how eager fans were for the game and any information regarding it, BioWare went immediately into depth on who exactly the “Dread Wolf” referenced in the title is, and what changes their existence has brought to the land of Thedas. According to BioWare, “Solas, the Dread Wolf. Some say he might be an ancient elven god, but some say not. Others say a betrayer of his people…or a savior who now seeks to rescue them at the cost of your world. His motives are inscrutable and his methods sometimes questionable, earning him a reputation as something of a trickster deity-a player of dark and dangerous games.”

With a description like that, one instantly thinks of Loki, the God of Mischief, from Marvel and Greek mythology, who has been most commonly referred to as a “trickster” for his often conniving ways. As there are other games within the series of “Dragon Age” outside of BioWare’s upcoming “Dragon Age: Dreadwolf”, the developer assured anyone that hasn’t played the games has no reason to worry about the story so far or the antagonist as they stated, “At the core of this, like every past game, is you. If you’re new to “Dragon Age”, you have no need to worry about not having met our antagonist just yet. He’ll properly introduce himself when the time is right, but we did hint at his return when we announced #TheDreadWolfRises back in 2018. When the then-unnamed “Dragon Age” sequel was originally teased with a tweet from BioWare simple labeled “I suspect you have questions…” with the hashtag #TheDreadWolfRises and while that didn’t specifically confirm it was a “Dragon Age” title, the overall vibes of the video in question lead to either that or a new original IP, but the former was more likely, and has now been officially confirmed.

While that was all the information BioWare supplied with details surrounding the next title in the “Dragon Age” series, “Dreadwolf”, the mysterious teases will likely continue as a way of keeping up with the “player of dark and dangerous games” as BioWare also stated, regarding future information, “more “Dragon Age: Dreadwolf” later this year”, and reassured us “while the game won’t be releasing this year, we’re growing closer to that adventure.” 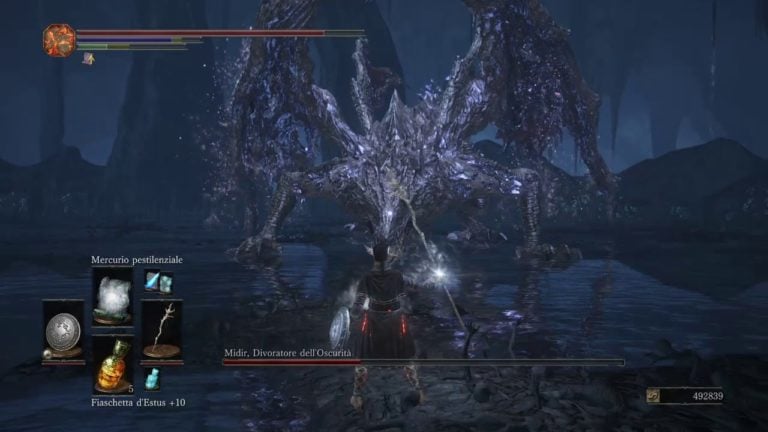 It is perfectly possible for interested individuals to play a magic build in Dark Souls 3. However, the process will be much smoother when they have the right spells on the right loadout. This is…

Most movies released in 3-D IMAX don’t need to be seen in 3-D IMAX (looking at you, Alice in Wonderland), but I think that Tron Legacy is going to be an exception.  I saw a…

Well, once I finally ditch blogging and turn to a life of crime as a bank robber, I have most definitely found my signature mask. Sure, the Pika-ski-mask is meant to keep out the cold…

httpv://youtu.be/ALbQQzePzt4 Thought we were done with Skyrim videos, didn’t you? Though Mass Effect appears to be the more recent flavor of the month, this one from TimTimFed was too good to pass up. For as…

(click to enlarge) This awesome picture is from vitorazgo over at Deviant Art that shows two legends of space going at it, Isaac Clarke from Dead Space, and well, you know the other guy. But for as…

httpv://www.youtube.com/watch?v=PwdSlFMZoOg I went into this video seeing the title “Kung-Fu vs Everything.”  Little did I know it would encompass well over 20 games spanning the simple NES to Super NES to Modern Day games. This…