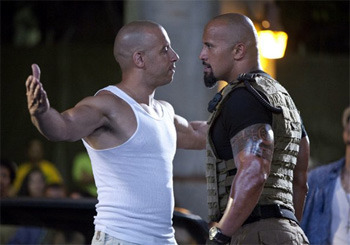 As tough as it is to create worthy sequels to great cinema, it’s nearly impossible to take a terrible movie and, while staying in the same franchise, improve upon it. Many movie plots deal with an underdog story, but that’s difficult to pull off in real life when the first film is a narrative at the height of its power and later films feature ideas like taking Jason to Manhattan or are called Batman Forever.

The following are rare examples of series that would eventually turn great but that started off as pathetic experiments in seeing what happens when you give inept people cameras and tell them, “It’s cool.”

A week ago when I went home for Thanksgiving, I ended up rooting around in my old toy box and came back with a post I had a lot of fun making. But that wasn’t the…

The reviews for Noah are starting to come in, and it sounds pretty awesome. So much so that I’ve pretty much forgotten about that Cap movie the following week. If Aronofsky’s dream project even sorta…

I stumbled upon this concept art while browsing through Deviant Art and I initially thought it was a futuristic take on Pyramid Head. However, it turns out to be an original concept by DanarArt and…

As I was watching Fight Club for the 600th time the other day I realized that the dude that plays Ed Norton’s boss needed a spot on this website.  After all he’s on television shows…

(click to enlarge) From CollegeHumor comes this Simpsons-esque mural of all the internet memes you can ever possibly think of over the last ten years or so. As I’m a recovering reddit addict, I do…

There weren’t too many nor will there ever be actors or athletes with the style and charisma of a Bruce Lee.   It’s not even the fact that he was a tiny dude and could beat…