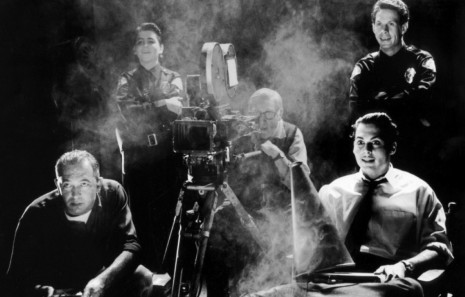 There’s a lot to like about the way the internet has affected the film industry. It’s given us new filmmakers, new ways to find movies, and a wide forum to really examine the art of film. So stop clogging it up talking about plot holes. I know it’s fun, but we have got to chill out on that.

It always happens with the good ones, too. I guess that makes sense, since people don’t care enough about truly bad movies to notice plot points that don’t work. But it’s obnoxious to try and hold a discussion about recent movies like Prometheus or The Dark Knight Rises, just to have a bunch of self-professed “film people” yell about plot holes like a backseat driver in early-1900s Mississippi.

Okay, I might be getting ahead of myself. Let me back up…

ATTN: Spoilers ahead. Also, an non-comprehensive and editorialized list of examples. We good? Alright, moving on.

One of the first problems that comes up with “plot holes” is that people often can’t even get the definition right. Literally, “a hole in the plot.” Here are some things commonly mislabeled as plot holes that simply aren’t: 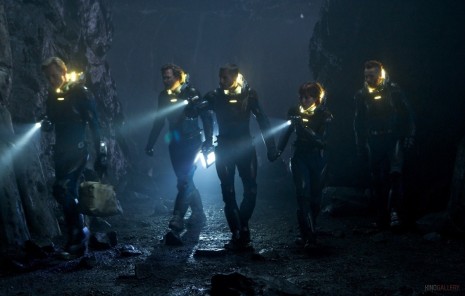 Remember Prometheus? Surely you do; it only came out back in June. Anyway, why did Charlize Theron run in the only direction that would lead to her getting crushed by a huge spaceship at the end of the movie?

This is a perfect example of people yelling “plot hole!” at something that’s simply “what a character does in the movie.” Now, there are certain instances where, for instance, a character will suddenly not know something they’ve known in the past (like, if we’re honest, that zoologist trying to pet an alien snake in the same movie ((even though I can sort of handwave that aside for myself))). But then there are times where characters simply make poor decisions. This is one of those second times. 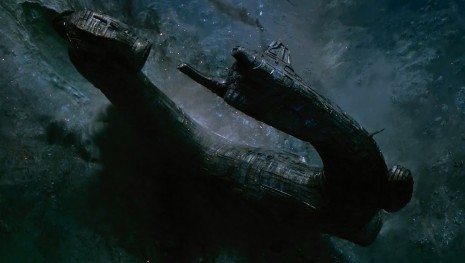 It’s not inconceivable that she would panic. Theron’s character is the ship’s captain. She doesn’t go off and explore; she stays and monitors. It stands to reason that a) like eveybody else on the mission, she’s simply out of her depth and b) she hasn’t had a ton of field experience to hone her reflexes.

Also, sometimes people just screw up. Like that much-maligned Imperial officer in A New Hope who orders a gunner not to fire on the droids’ escape pod. Bad decision? Yes. Believable? Why not? It’s not like I’ve never messed up at my job. Furthermore, it’s not like the Empire has a perfect track record in its hiring department. 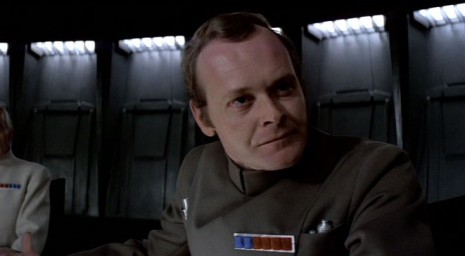 NOT PLOT HOLES:
Things we have to infer on our own. 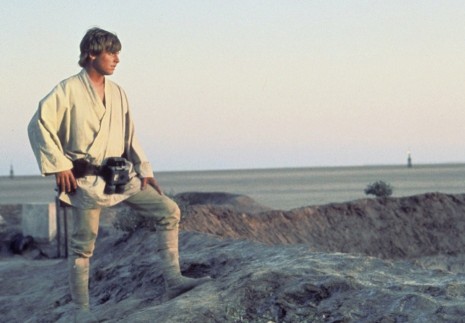 Movies are a short format for storytelling. Even on the long side, a feature film will rarely exceed three hours in length. When you consider the amount of story, world-building, and character most of these things have to incorporate, you reach the inescapable conclusion that filmmaking typically requires storytelling shorthand. It’s not a good or bad thing, it’s just a restriction of the medium.

So we need to stop acting like plot elements that aren’t explicitly spelled out for the audience are holes in the plot.

A common complaint from Prometheus was the Engineer’s black goo. I’m going to return to this more in a future article, but suffice it to say some audiences have a problem with the lack of explicit a+b=c rules for the alien substance. 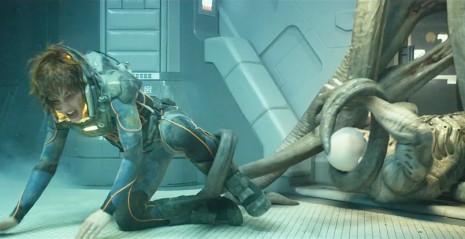 I’m gonna be honest with you guys. WATER doesn’t make sense all the time, and it’s not even organic. I’m not saying I can quote-unquote “follow” the way that the black goo works, but I also can tell that it’s responding differently to different scenarios. The explanation we’re given for it in the movie is that the goo destroys life and rebuilds it, which is essentially what it does throughout the course of the movie.

Lest you think that this kind of “plot hole” always requires a substantial suspension of disbelief or a simple apathy about science, let’s jump back to Star Wars: Why didn’t Vader find his own son on Tatooine? It’s his home planet, for cryin’ out loud!

Oh wait, Tatooine isn’t under Republic/Imperial law, and Vader works for the Empire. And two of the three most traumatic experiences of his life happened there. And everyone agrees that Tatooine sucks in general.

And then there’s stuff that’s pure mystery; the most recent widely-discussed example of this type of plot hole stemming from The Dark Knight Rises. How DID Bruce Wayne get back into Gotham? 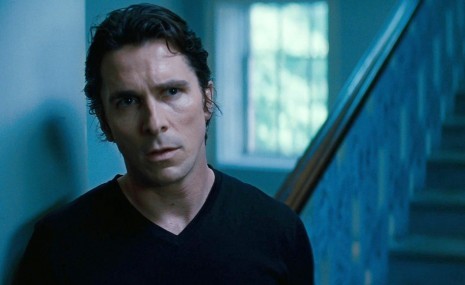 Basically how I feel after hearing this question a dozen times.

Perhaps a better question would be, how did Bruce Wayne do just about f***ing anything, ever, in these movies? Presumably the answer is that he’s Bruce Wayne. Forget being a hero, the guy is a superhero. So he’s probably way more clever about that sort of thing than you or I are. Showing Wayne walking across a bridge where the military have inexplicably decided to stop patrolling would be a plot hole. Simply not telling us how he did it is not a plot hole.

NOT PLOT HOLES:
Things that sound right, but actually have no relevance to the movie. 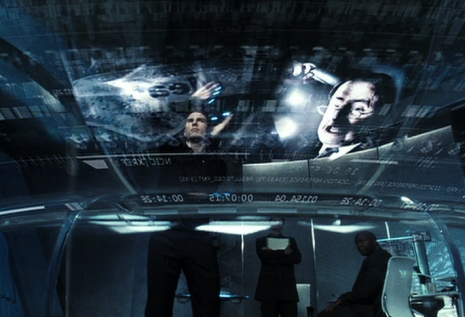 Sometimes people raise questions that sound bizarre — how on earth could this or that have happened if anybody was paying attention to the script? But then you watch the movie and realize that there’s an extremely simple, obvious explanation, and the complaint in question is pure “what if” that has nothing to do with the movie.

Star Wars: Why doesn’t Darth Vader recognize C-3PO? The question has plagued movie discussion forums ever since Lucas had the temerity to include one of Star Wars’s main characters in its first episode. As someone who has actually paid attention to all six movies, I can confidently say the explanation is probably, “Because he never sees him.” Except for the carbon freezing chamber (where I suspect Vader had better things to think about), their paths don’t cross.

Minority Report: But if Precrime stops the murders, then aren’t the predictions by the Precogs false? This time, the movie itself explicitly addresses the “plot hole” in the dialogue of the film’s first half-hour. Tom Cruise even says it. It’s one of the big ethical questions the movie tackles.

Just because it sounds good, doesn’t mean it’s actually there (or not, as the case may be). 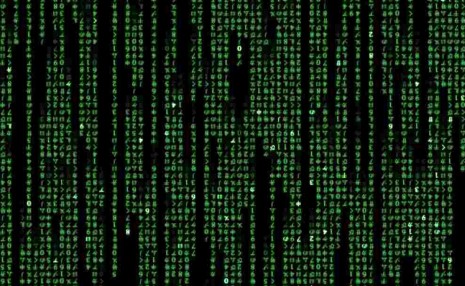 Now, all this soapboxing isn’t to say that there’s no such thing as plot holes. Sometimes people cheat a little (Why does a professional assassin do a Tarzan swing at Jason Bourne while wildly firing a machine gun?) or a lot (What’s the point of creating the Matrix at all?). In a bad movie, constant leaps in logic can completely wreck the flow of the narrative.

But often, these kinds of cheat don’t (or shouldn’t) actually affect the import of the story. The incredibly short answer to that Matrix question goes something like, “Because then there wouldn’t be a movie called The Matrix.”

That Bourne Identity one is pretty stupid, I admit. But hey, what are you gonna do?

Anyway, another one I came across in a couple of places while looking up stuff for this article is the plot hole at the end of Edward Scissorhands. Namely, how did he get the blocks of ice up to the castle? He doesn’t have any human connections, warm weather, or even working hands! 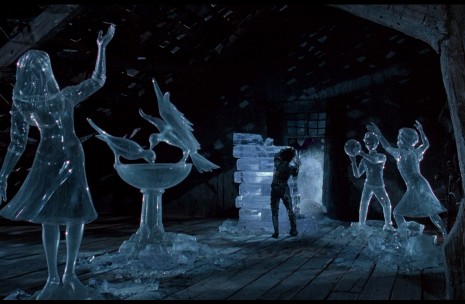 It’s not like I have a good answer for this one, but I will take the opportunity to remind you that the actual point of the scene (and the movie) is pretty far removed from a debate about how Edward managed to haul a block of ice up to his castle.

And that’s really all I’m saying. Obviously, plot holes exist. THEY EXIST, in all caps, for those of you who aren’t reading closely at this point.

I’m not proposing that the internet film community stop analyzing films. I’m not proposing that “plot holes” be stricken from the list of things that are worth writing about (or even creating websites about, if you really feel the need). I’m simply pleading for a little perspective on the subject, whether that be realizing that some of these things aren’t problems at all or simply cutting a good movie a little slack.