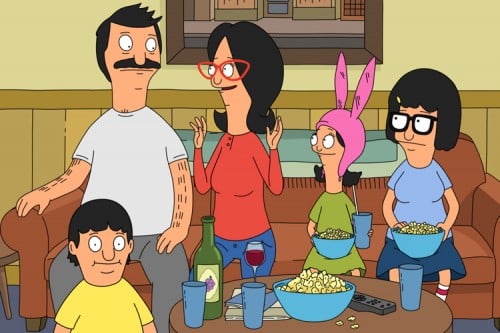 In today’s installment of “Why Does Everyone Love…?” I’m taking on a show I’ve heard nothing but praise about for a while now. Four years in fact, meaning I’m really behind the times catching up with it. It’s Bob Burgers, also known as the FOX animated show that isn’t The Simpsons or done by Seth MacFarlane. Up until this week, despite high praise, I knew almost nothing about it. I’ve just now finished season one on Netflix, educating myself in the process.

Bob’s Burgers is about just that, Bob’s Burgers, a small greasy spoon restaurant owned by Bob Belcher who works downstairs and lives upstairs with his boisterous wife Linda, and their kids Tina, the awkward tween, Gene, the rotund middle child, and Louise, the possibly psychotic nine year-old. There’s a rotating cast of supporting characters as well, but there aren’t all that many in the first season alone, though I suspect that will change as time goes on.

The first thing any Archer fan will notice is that Bob is voiced by none other than Sterling Archer himself, H. Jon Benjamin. Not only that, but it’s not like Benjamin is using some dramatically different version of his Archer voice. It pretty much…is just his Archer voice. Oh god, now you’re reading this in his voice aren’t you? Aren’t you? LANAAAA! 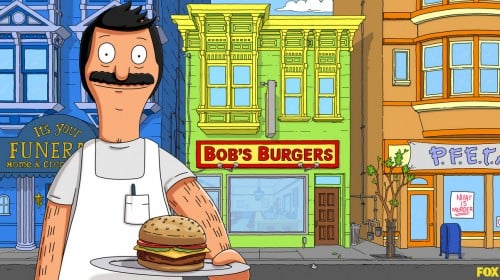 Anyway, both Archer and his voice are awesome, but I was worried that when Bob talked I’d be constantly distracted by thinking of the dashing super spy. While that was the case for perhaps the first few episodes, the sensation faded by midseason, and I was able to effectively separate Bob and Sterling in my mind. Also, I now get a really funny joke from season four of Archer where he goes into hiding and opens up a burger shop with a fake family.

It’s hard to compare Bob’s Burgers with very many other animated shows. Yes, it sits in the same line-up as The Simpsons and Family Guy, but it’s tough to judge a show that’s been on for four years to one that’s been on for say, thirty? Fifty? I’ve lost track with The Simpsons. I will say, however, that at least in these early seasons, it’s nice that the show stays grounded in something approaching reality.

So far, there are no alien invasions or extended fight scenes with giant chickens. The Simpsons and Family Guy have gone some strange places, as do most other “adult” animated shows like Aqua Teen, Venture Bros, etc, but Bob…stays local, so to speak. 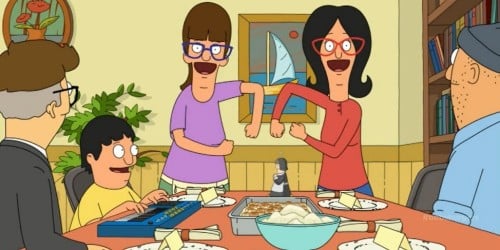 His problems are plausible, yet still hilarious. In probably my favorite episode, the art fair comes to town and Bob is forced to display his sister-in-laws collection of animal anus paintings in his shop. In another, Bob protests the town’s Lobsterfest because it cuts into his burger business and he’s allergic to shellfish. In another great episode, his daughter Tina attends a local Capoeira class because she’s crushing on the instructor, and Bob has to dance fight him to win her respect.

The situations are goofy enough to be funny, but sane enough to stay grounded in some sense of reality. In a lot of ways, it’s more like a live-action comedy than it is an animated one. Animated shows usually take advantage of their freedom to do zany things that you simply can’t do using a live cast with a limited budget. Bob’s Burgers doesn’t for the most part, but it works anyway.

The core family is funny as well, thanks in part to terrific voice acting from everyone from H. Jon Benjamin himself (obviously) to Kristen Schaal as his youngest daughter. The family feels like an actual family, not just a lose collection of comedic archetypes thrown together to try and cook up something hilarious. The show can be surprisingly touching when it wants to be, and the central theme of the show is mostly about Bob trying to support his family and be a good dad. It’s like if The Simpsons focused mainly on Homer trying to make rent with his power plant job, or Peter Griffin doing uh, whatever the hell he does for a living. I honestly have no idea.

I’ve heard Bob’s Burgers only gets better from here, and I’m excited to start season two. I don’t always  press on with shows I’ve featured in this column, but sometimes I find that yes, there’s a good reason a lot of people like them. Against all odds, I’m on season six of The Big Bang Theory, as an update to that entry a few months ago.

Bob’s Burgers has a nice little niche going of being a realistic-ish, touching-ish, funny (not ish) show that it’s hard to compare to others in the genre. I like it, and you might too.

Congratulations if you read this entire piece in Archer-voice. Read it again if you didn’t. 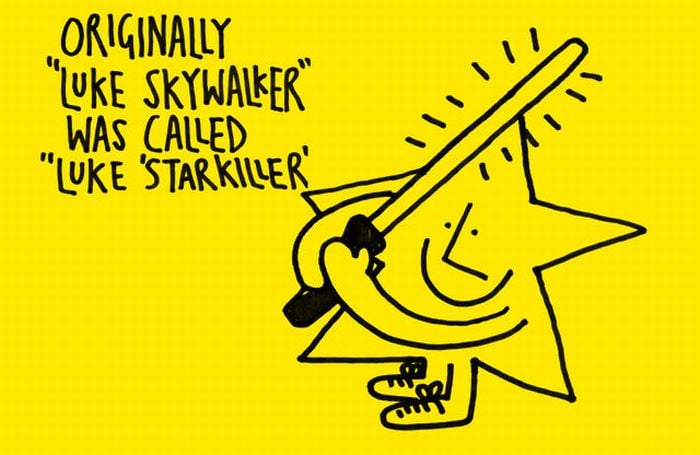 I don’t know about you guys but I love when I can kill about five minutes reading ridiculous things that I never knew before.  What’s even better is when I can do it on a…

Between Godzilla and Pacific Rim, we’re on a mini giant monster kick at the movies the last few years, so what if Michael Bay’s upcoming Ninja Turtle reboot went down that path instead? Artist James…

The closing of ‘Live Free, Live True’ saw Jackson gain proof that Susan was behind Reid’s shooting which I was hoping would lead to a massive fall out this episode. Her story line has built…

House of Cards has always felt like a B-list show trying really, really, really hard to be an A-list, super serious drama. While it’s certainly still enjoyable, this can especially be found in particular moments…

Alright, so despite what I initially thought, this is NOT the same guy who did the “Badass Presidents” series a few months/years back. Rather, this is a separate work of art by Kamashei, who also…