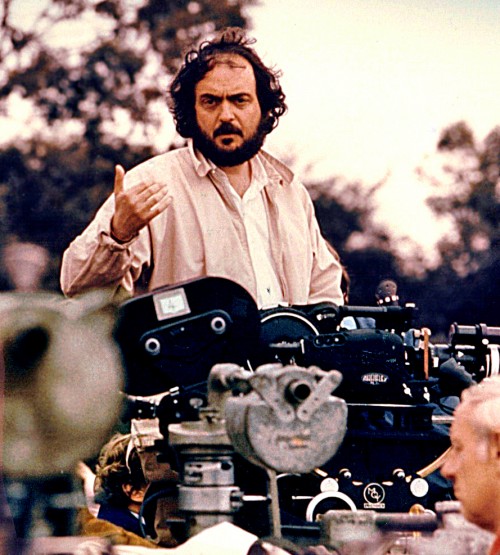 Despite that fact that so much of film comes out of its scripts, its editors, and, of course, its actors, we still hold one position in the highest of cinematic esteems: the director. And within the world of this lofty position, there is a name that is typically bandied about as the true master of movies: Stanley Kubrick.

If you’ve never watched a single Kubrick film, I’m afraid we can’t be friends anymore. Like, seriously. The sleepover is off and I want my N64 games back. His films were unlike any others, and I’m perfectly comfortable putting him on the same pedestal I’d put undeniable masters of their craft such as Shakespeare, Mozart, Carlin, you name it. Stan would be right up there, and he’d have a much better beard.

Sadly, in 1999 Stanley passed away and the world of motion picture art has yet been able to reignite the sun that was Stanley’s brilliance. But that’s not to say that other artists haven’t attempted to fill Mr. Kubrick’s ax-wielding, milk-drinking, strange-loving shoes. There a handful of directors that have had the phrase “The Next Kubrick” thrown at them, but which of these directors really deserves the title? We’ll look at some contenders here, and I’ll let you know who I think takes the crown. Sound good? Viddy well, little brother, viddy well… 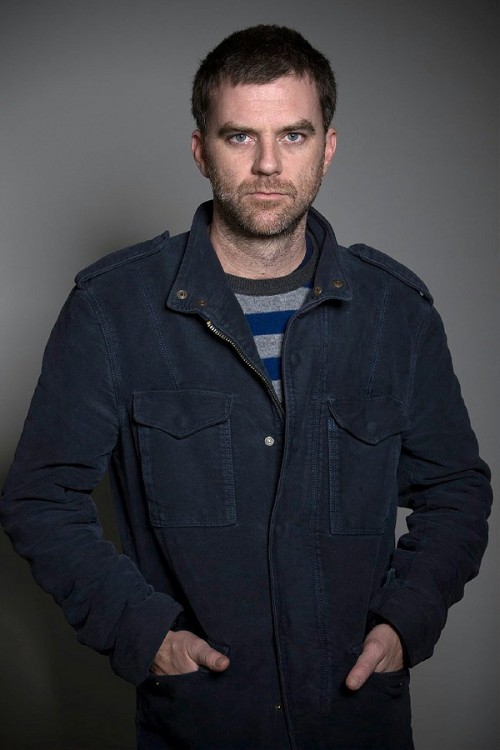 FILMS: BOOGIE NIGHTS, MAGNOLIA, PUNCH-DRUNK LOVE, THERE WILL BE BLOOD, THE MASTER

This is the typical go-to guy when the conversation of modern day Kubrick comes up. And it’s hard to argue. The attention to detail within every frame of a PTA film is denser than a slice of Death by Chocolate cake. Kubrick was well-known, and later extremely admired by film aficionados, for making masterful use of every inch of what you saw on screen. Check out the documentary Room 237 just to see how deep this rabbit-hole really goes. Either way, neither of these men ever let anything happen on accident.

But on a more personal level, PTA’s films feel laborious, and you definitely walk out of the theater feeling as if you’ve…experienced something. They grab hold of you, often draw blood, and almost always leave scars. The rapid succession of collapse in Boogie Nights, the agonizing “baptism” of There Will Be Blood, the heart-breaking…well…sing-along of Magnolia. These and more are what transform Anderson’s films from entertainment to art, and like a lot of the best of art, comfort is not the goal.

Kubrick’s films were rarely easy sits. Throw a rock at just about any scene in A Clockwork Orange and you’re bound to find something harsh or violent or…phallic. The final moments of Full Metal Jacket certainly stay with you, as you know they will the characters within. And while Dr. Strangelove is one hell of a comedy, the implications of it are as haunting as any of the best dramas out there. Tonally, PTA and Kubrick are best buddies.

However, there is a reason that PTA is also often used in the same conversation as another film legend: Robert Altman. Altman and Anderson both seem to be drawn to the sprawling, character-heavy examinations of existence. Conversely, Kubrick typically kept it contained. He made significant use of narrators, single character scenes, and the idea of isolation. Not to say that Anderson doesn’t as well, There Will Be Blood being a beautiful, oily example of this, but on average you definitely see whatever corner of the world Paul thinks should be looked at through many pairs of eyes, as opposed to Kubrick’s more lonely takes.

Don’t get me wrong, there’s a reason these two are connected, but for me, Paul ain’t sitting in Stanley’s directing chair quite yet. The search continues. 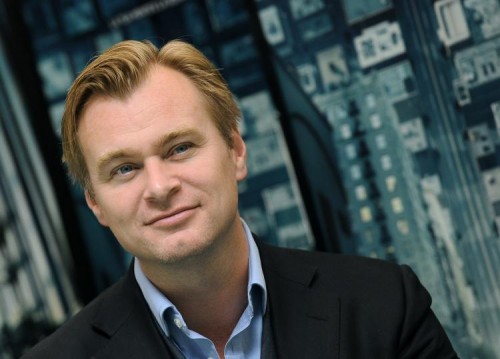 If there’s anyone to match Kubrick’s scope, it’s Christopher Nolan. As Kubrick rose to prominence, so did his ambition, and his films reflected that. The evolutionary leaps between Lolita to Dr. Strangelove to 2001: A Space Odyssey are nothing short of stunning, and his work only grew more and more overwhelming as it was outstanding.

Nolan swims right along Stanley here, going from the modest (but brilliant) Memento to the daunting Dark Knight to the drug-trip come to life that was Inception. Success was not the downfall of either of these filmmakers, in fact the only thing that rose right alongside their fame was their quality of work.

An underrated aspect of art is adaptation. To transfer not just words or stories from page to stage, but meaning and heart while still creating something unique of your own successfully is just a wee bit shy of absolutely bat-shit crazy impossible. Nearly every single one of Kubrick’s films was an adaptation of a novel or short story, and certainly all of the most memorable of his movies. And while you have authors like Stephen King who despised their adaptation, many admit that Kubrick’s A Clockwork Orange far surpasses anything Anthony Burgess put to paper. It’s hard to do, and harder to do well. And impossible to imagine that Kubrick managed to make it happen again and again and again.

Insomnia, Memento, The Prestige, (obviously) the Batman films, and, depending on which Scrooge McDuck fan you ask, Inception are all adaptations as well. And well done adaptations at that. Sure, working with your brother is probably less tricky than a novelist of extreme prominence, but handling one of pop culture’s most beloved icons is no simple task. And we all know how well that worked out. There’s an unwritten rule between artists that agree to adaptation that trust must be placed in the adapter to honor whatever once was in this new form. These two men fulfilled their contract and then some more than twice.

Now answer me honestly. Was your life changed by Batman Begins? Will Inception be remembered as one of the all time greatest black comedies? While I do love Christopher Nolan and can’t wait to see what a madhouse adventure Interstellar will probably be, I recognize that his films aren’t quite the searing extrapolations of the human condition that so often were Kubrick’s. Not to say that he may not have it in him in the future, but for now we just have a stable of some thrilling, incredibly entertaining, and always enterprising motion pictures. But, hey, give him time. Ya never know.

But until then, in the race for the next Kubrick, I’m betting the house on… 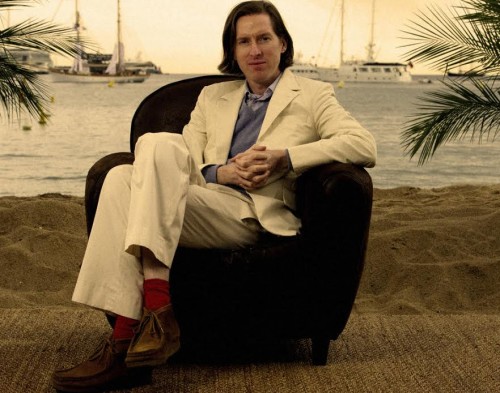 Over and over, artists are encouraged to create, destroy, give up, try again, love, laugh, regret, and live live live all to find one thing: their voice. There are plenty of craftsmen out there who can build you a perfect boat that will get you across the Atlantic, but it’s that rare shipbuilder who decides to paint it pink. In the world of film, there’s a cavalcade of fine filmmakers who know how to take a script and make it ten times as spectacular as it ever was on the printed page, but so few who really know the way to make it so distinctly their own.

One such filmmaker was Stanley Kubrick. Another is Wes Anderson.

It was his voice.

Wes Anderson may be the next Stanley Kubrick, but that doesn’t mean he’s another Stanley Kubrick. He’s got all the technical stuff: the skills of composition of shots, the meticulousness, all that obsessive compulsive ability that the masters must have. But that’s not what matters, and Stanley would tell you that, too.

What matters is to make yourself undeniably singular. To be so entirely of yourself that others can only ever hope to try and mimic, but never fully reach. There are many filmmakers out there that try to be Stanley Kubrick, but, in doing so, they completely miss the point as to what made Stanley so remarkable.

Wes Anderson is unapologetically himself, and his films translate this beautifully. Like the best of Kubrick, there is something in the air of every frame that makes them each so wholly his own. They all feel as if there should be a tiny signature hidden somewhere like in great paintings. They couldn’t be anyone else, and they never will be. 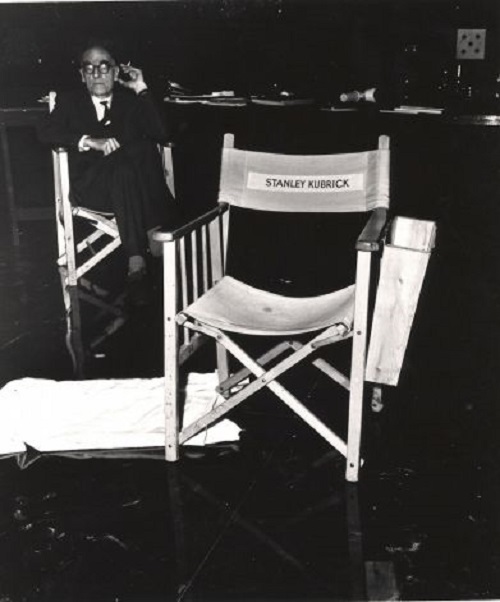 And while I hear you shouting that Anderson has never attempted drama and how dare I compare him to the most soul-searing director of all time, I say that only further strengthens my argument. Anderson is the yin to Kubrick’s yang. He’s the laughing drama mask. He’s examining life just as thoroughly as Stanley did, only with the sun rising compared to Kubrick’s dusk. And in doing so, he stands alone.

As Stanley stood alone years ago in the same spot.

And so the crown is passed on. Agree? Disagree? Don’t attempt any ultra-violence, just let me know below!

Adam Esquenazi Douglas is a playwright who was born in Texas, grew up in Arkansas, was raised by a Jewish man and a Cuban woman, and, somehow, he doesn’t have an accent.

He is co-host of two podcasts, The JimmyJew Podcast Extravaganza and Schmame Over, which can be found at http://jimmyjew.libsyn.com/ and http://schmameover.libsyn.com/ respectively, as well as on iTunes. He is a contributing writer to www.GamersSchmamers.com.

People often ask me why Unreality doesn’t write about music in addition to movies, TV and video games. Surely it’s the next logical category, right? I’m not sure I see it that way, while music…

Disney Princesses rival only perhaps Star Wars as something artists like to reinvision in various ways, and there have been a whole host of adaptations of the various classic characters that we’ve featured on the site in…

(click to enlarge) If you haven’t noticed, for the most part, movie posters tend to completely suck lately. It seems pretty clear that they use one of a few basic composition archetypes, but until now,…

This isn’t the first Star Wars/Game of Thrones mash-up I’ve seen, and it certainly won’t be the last. The piece comes from BossLogic, and imagines Vader on a throne of lightsabers taken from the Jedi…

by David R. You guys may have seen this very well-produced, very underwhelming video floating around last week. If you don’t feel like watching, it’s essentially the latest in a long line of fan-made lists…