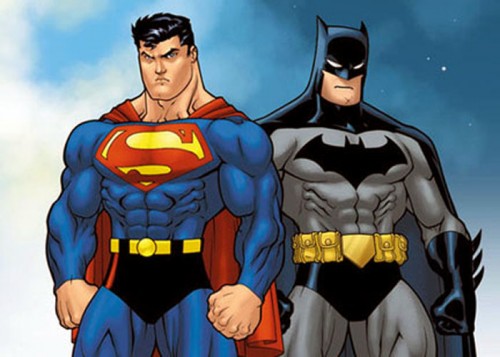 With news finally breaking this morning that Zack Snyder has officially brought Frank Miller in as a consultant for the impending Batman vs. Superman movie, I thought I’d use that as a springboard to talk about what I’d personally expect to see in it … and notice I didn’t say what I want to see. That’s because I’m quite certain what I’d want to see isn’t going to be anywhere near the multiplexes once Snyder makes his next “epic.” But I’ll get to that later …

See, there’s a huge and heavy reliance on far too much CGI in today’s superhero movies. Back in 2004 – with the premiere of Pixar’s stellar The Incredibles – I said that if we’re going to use CGI so pervasively to tell every superhero story, then we should simply embrace the Pixar movie, which was just about perfect. Tell every hero’s story that way – all CGI – and let’s just dispense with those pesky, salary-conscious humans. You could morph these CGI characters based on the voice actor’s likeness – in other words, Robert Downey Jr.’s face could still be the face of Iron Man, Tobey Maguire could still be the face of Spider-man, and so forth – and we’d all be none the wiser.

Having read Superman and Batman comics since the early 1970’s, I’ve got a lot of source material all rambling around in my brain up there – no, I haven’t committed it to memory, but you get the idea. They’re two of the most popular characters in all of comicdom; they have vastly conflicting philosophical positions; and they mean different things to different people. Throwing them together for the sake of conflict sustains a viewer’s interest for only so long, and we all know that they’ll (somehow) be working toward the same goal before the 2.5 hour movie is all over. 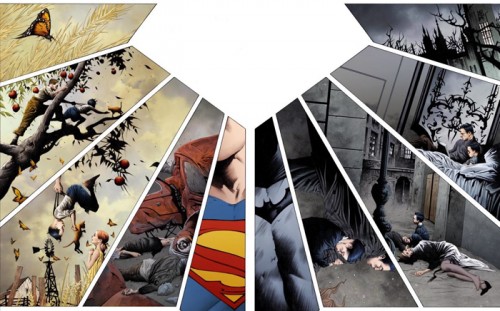 And why shouldn’t they? Isn’t that the formula, after all?  Give the audience the strong hints of debate.  Give them a few dust-ups.  Then let’s show the noble do-gooders put aside their differences to come together and vanquish whatever alien/robot/mutant/monster of the week needs serious vanquishing. Just think of how many toys that could sell! Why, it worked so well for The Avengers, we thought we’d simply bring it over and incorporate it into DC’s continuity.

And that’s what we’re likely to see, though Miller’s addition means we’re probably going to be given some caveat, some extra push back toward the Dark Side of the Batman/Superman relationship that goes something like this:

The Bats will discover Supes’ weakness – Kryptonite.  After the big finish (which made a believer out of Bruce Wayne), he’ll pull out the glowing green shiv and stick it pretty near Clark’s wholesome face.  Big Blue will fall to his knees, and then Bats will make it clear in no uncertain terms that the Man of Steel is to stay the frog out of Gotham City. He can go anywhere on the Big Blue Marble he wants, but he must under all circumstances stay the frog out of Gotham. Kal-El will have no choice but to agree, and we’ll essentially be back where we started before the movie began. 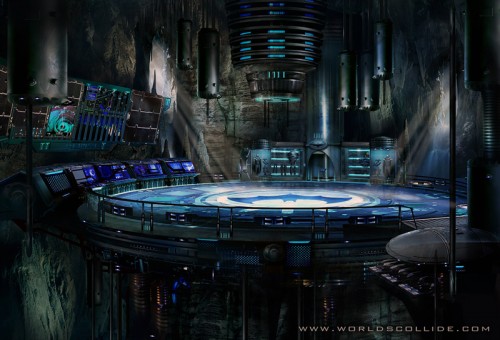 What doesn’t work for me in that relationship – and rarely does in comics, too – is that it’s kinda/sorta contrary to how Bruce Wayne conducts himself as Batman. I could belabor this point in a handful of different ways, but, for brevity, let’s simply let it boil down to one word:

It’s Bruce Wayne who’s outfitted the Batman with every high-tech, crime-fighting toy imaginable under the sun. Cars. Planes. Jets. Boats. A utility belt full of gadgets and gizmos aplenty. Even sidekicks. Yes, sidekicks. Each of us could probably analyse what Dick Grayson or Jason Todd or Tim Drake or Damien Wayne or Carrie Kelly mean beyond the mask (if anything), but, at the core, they’re little more than other tools in Batman’s arsenal.

Even Alfred Pennyworth comes to grips with this grim truth, never portrayed better in comics but during the Knightfall saga when he abandons Wayne’s employment because he realizes the man won’t listen. The butler, father figure, and surgeon accepts he’s been reduced to the role of a ‘utility’ and departs as he’ll no longer sit in wait for his master to come demanding his use. 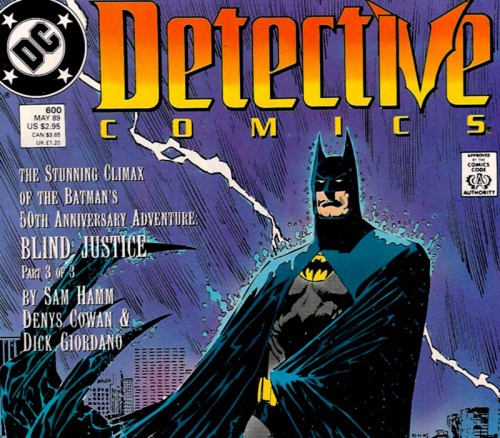 It’s a message at the heart of one of my favorite Batman stories ever – Blind Justice – which appeared in books as part of Detective Comics seminal 600th issue back in 1989. It was written by Sam Hamm, one of the minds credited with scripting Tim Burton’s Batman movie, and I’ve often said “it’s the best Batman movie never made.” That’s because it rips away all of the layers of psychology that have been draped over the darkest character in the DC Universe. It draws back the Freudian curtains and shows us just how far Bruce Wayne – not Batman – is willing to go to thwart crime … (spoiler) even if it means sacrificing the life of his stand-in when he’s temporarily no longer able to wear the mantle of the Bat.

It’s a dark tale in which Wayne is called on to make all of the hard choices, and everyone knows that Batman contemptuously sees Bruce Wayne as the real mask. In Blind Justice, Batman is forced to realize – once and for all – just how mortal he really is, and that pushes him to do something otherwise unthinkable.

And that’s how I’d like to see Batman finally stand toe-to-toe with Big Blue. He needs to stab that Kryptonite shiv into Superman’s back, and he needs to tell him, “You now work for me. You can go off. Defend Metropolis. Do whatever it is you feel you need to do. But when I call? You stop playing Boy Scout and you come to me. I’m your master.  I’m your commander.  I’ll have work for you to do. Otherwise, you stay the frog out of my town.” 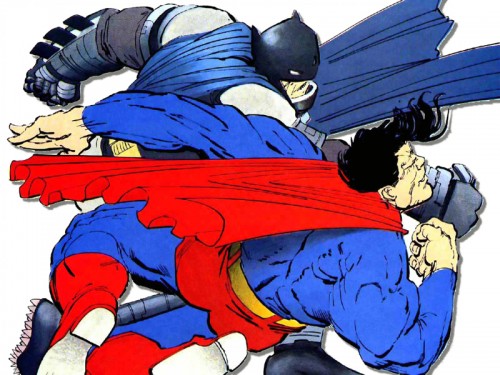 If Snyder’s sequel does that, then he’ll have made a believer out of me. I specifically avoided writing about my own thoughts on Man of Steel because I didn’t really want to wander into the critical fray (I thought it had moments of greatness, and it had moments of genuine cinema weakness, too). But Batman’s a ruthless vigilante who’ll go to whatever lengths he needs to use Superman for all he’s worth or it won’t feel as authentic to this long-time Bat-reader as it should.

Plus, when the Dark Knight and the Man of Tomorrow finally meet up on the silver screen, I’d rather get something fresh than something we’ve already seen … like the usual camaraderie. The trouble is that, when you’re dealing with Hollyweird, going with the ‘established’ is the safest bet, especially in this day and age of big blockbusters failing to bring in Avatar-like box office every weekend.