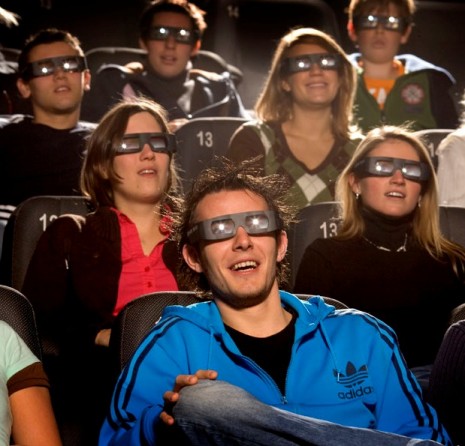 I know I’m getting older because I’m finding that I’m starting to slip into “old man mode” when it comes to certain pieces of technology.

“Back in my day, movies were in 2D and blurry!”

“Back in my day, you didn’t waggle things at a screen to play games!”

But I’m realizing that lest I be labeled and old fogey by the time I’m 30, these are advancements I’m just going to have to suck up and embrace. In order for that to happen much of the time, there is going to have to be significant advances in the technology itself, but I believe that all these things will get there someday, and deliver on the concepts they might only be hinting at now. Read on: 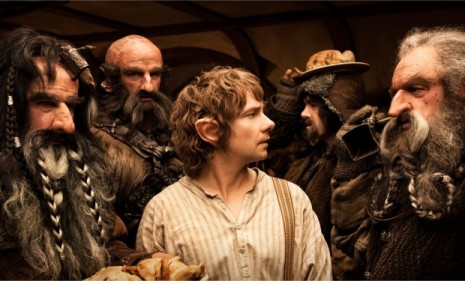 We just had this debate the other day, as I devoted nearly an entire paragraph in my controversial Hobbit review to explaining just how much seeing in HFR at 48 fps creeped me out. You’re not watching a movie, you’re on the set of a movie, watching a movie being filmed. It’s an unreal effect that sort of makes everything feel fake, like you can see the guy holding up the scenery in a play.

But I’m starting to realize that this is indeed the future of HD. Remember when DVDs came out and everyone said “how can anything get more high definition than this?” Well, HFR appears to be the answer, combined with constantly expanding resolutions. Even in The Hobbit, as much as it bothered me at first, I’d stopped really noticing it by the end. Someday, this will be the norm for most films, and kids will grow up not knowing anything different. It would seem to be the inevitable way forward, even if it is a bit bothersome in these early transition stages.

Even though I haven’t seen a film before or since Avatar that has sold me that 3D is a worthy investment for the film industry, that experience alone was enough to convince me that it was the indeed the future, someday. I don’t know when ALL films will make the switch-over. I’d say once they make the technology glasses free in twenty or thirty years (yes, I think it will take them that long to get it right).

But it’s clear that’s what’s coming. One of the main problems now is the price of 3D. It’s being used as a marketing gimmick to raise extra cash rather than something that truly adds to the value of a film. I might actually be a curious to see a movie in 3D, but is that worth 50% more to me in terms of how much the ticket costs? Absolutely not. I fully believe this technology will be 100 times better in ten years than it is now, and I’m willing to make the switch once that happens for not only movies, but gaming and TV as well. It is coming, it’s just a matter of when it’s good enough to be worth fully embracing. 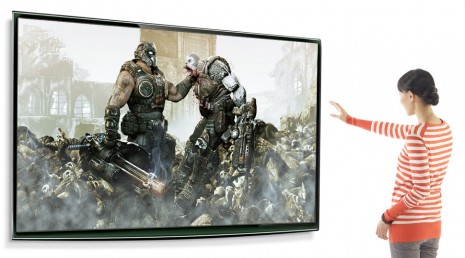 I never did break down and buy a Wii, but lord knows I played it enough for several lifetimes at various family gatherings. Yes, it was cool that you could pretend you were bowling and playing golf instead of actually doing those things, but past that, there was little that the controls added to nearly any other game on the console, though I hear the sword swinging of the new Zelda game wasn’t half bad.

But I don’t think a bad first step means that the concept has no merit. I didn’t really see the true potential until the Xbox Kinect, or at least the demos of the Xbox Kinect which showed what you could do without a controller at all. As it turned out, the only remotely fun thing to do with that system was play dancing games, but again, I think the potential is there for meaningful gameplay at some point in the future. Someday, combined with the other two things I’ve already mentioned, we’ll be in our living rooms in a 3D, HD world using our body to play the game. It may be about 2050 before that’s actually any fun, but the potential is there for motion controls not to suck. Eventually. 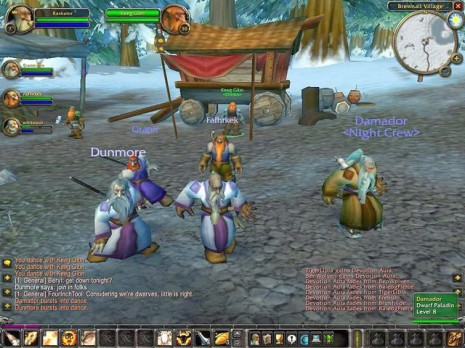 I realize that I’m in the minority opinion on this one, as MMOs have massive (no pun intended) amounts of fans worldwide, but there just hasn’t been one that’s interested me yet. I’ve dabbled in World of Warcraft, Star Wars: The Old Republic and Guild Wars, and eventually found them all lacking. They haven’t yet developed in a way that appeals to me as a gamer. The graphics look too outdated, the controls are wonky, the interface is confusing. It’s just not my thing.

But that isn’t to say that it won’t be in the future. I’ve always wanted to play an MMO that I could truly be immersed in, but it just hasn’t happened yet. There are concepts that sound interesting, like Planetside or EVE Online that I could maybe get into, but once these games evolve to be even more realistic, I could easily see myself getting hooked on one of them. Not that it would be a good thing, but that’s the goal of MMOs after all. It also has a lot to do with my distaste for the gaming community at large, and I’m hoping that they’ll grow up eventually so these communities are less full of trolls and griefers than they are currently. 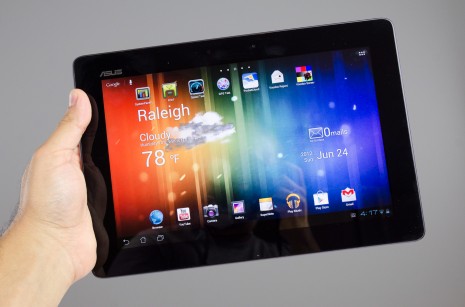 Again, I’m speaking for myself here, but for all my usual tech-savvy ways, I haven’t for the life of my figured out what to do with a tablet yet. It’s a pain in the ass to write on, even with the little keyboard attachments. It’s nice for watching movies or shows, I suppose, but I’m usually by a TV or laptop that could duplicate that feature on a larger screen. Don’t get me started on gaming.

But I realize that tablets are becoming the norm, and someday I’m guessing that a huge chunk of work and play will be done on them. It’s happening already, though it’s not exactly “inescapable” yet. I do love my Kindle Fire for book reading, but I’m not sure I classify that the same way. Someday I’ll learn to embrace these strange devices, but as of now, I prefer my old fashioned monitor and keyboard for all my web and gaming related activities.

This is something that’s been on my mind since the original Modern Warfare, where the concept of killstreaks always irked me for a few reasons. There are two sides to two different debates about the…

Back in 1995 when the original X-Com was released, PC gaming was still a fringe hobby for those lucky enough to own a computer. Traditionally PCs were for work or for those who needed to…

I kind of love this piece of art from Janice Chu, which shows all the various ways you can kill Clickers and bandits in The Last of Us. Granted, you run into a lot more…

What, you missed the epic saga of Lord Vader’s niece, Sasha Vader? You guys really need to read more Star Wars books. Oh, that was fan fiction? And I wrote it? Oops, I’ve said too…

There’s absolutely nothing wrong with being a big Harry Potter fan.  Buying the books, watching the movies, and hell even listening to the soundtrack a few times are all “normal” parts of being a fan. …