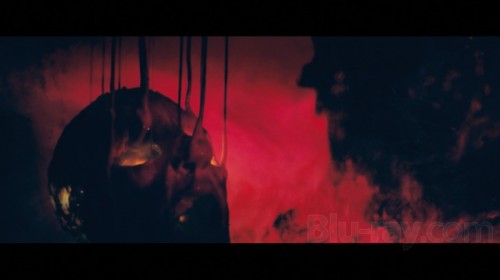 For those who don’t know, I am in the middle of my TWO WEEKS OF TERROR over at my own site, in which I am only writing about all things horror. Like the time my classmate tried to stab me with a butcher knife in his basement. Anyway, it would be foolish of me to try to step outside of that with Halloween so close, so I figured I would keep that theme running through all my work right now.

That brings us to this list. These are the horror movies that, at times, makes no sense, but have really strong creativity on display, and often leave a mark on the memory of the viewer for that exact reason. Some of these may not be mainstream in any sense, but in the right state of mind, these movies can really transport you to an entirely different world than most other movies, especially in the horror genre. Alright kids, tune in, turn on, and drop out. It’s time to fly into the darker recesses of the mind, whether you like it or not. 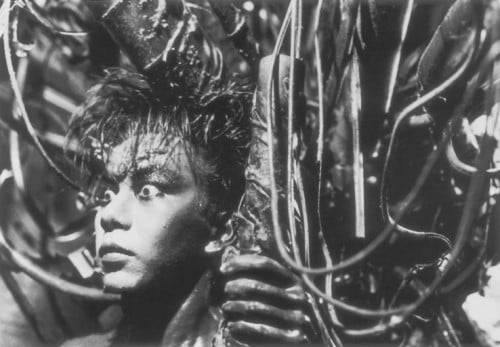 That is the same expression I watched the film with.

When someone who uses the written word to make a living can’t find the written words to use to properly summarize this 1989 Japanese cult flick, than you know it’s safe to say it’s trippy. It’s a revenge movie, a cyberpunk movie, a body horror film, and a movie that defies all explanation. Dammit, I am gonna try anyway.

There is a man who is a metal fetishist, who likes to put metal inside his body. He ends up getting hit by a car. The guy who hits him and his girlfriend dump the body into a ravine. Then, the man who hit the guy starts slowly turning into a metal monstrosity. A lot of insane shit ensues, and the movie ends with the man becoming the titular Iron Man and merging his twisted form with the metal fetishist’s twisted form, and they become a giant, penis like creature bent on turning all of Japan into metal mutants like them.

Wow, considering the source material, I think I did a pretty good job. By the way, if you liked this, also see Tokyo Gore Police. Same sort of film, and at times, even MORE trippy and insane than Tetsuo. I just had to give props to Tetsuo for doing it first.

Beyond the Black Rainbow 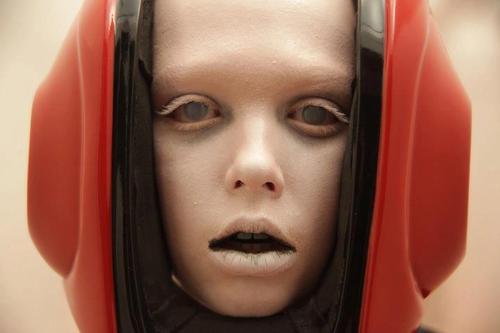 I hope she grows into her BEATS BY DRE headphones!

This is one of those movies I loved, and a great deal of people are on the fence about. Maybe it is because I could see the film’s inspiration in every frame (Blue Sunshine is a perfect example of that), or maybe it is because I have done a ton of drugs in my life and can truly appreciate the visual style this (frankly, beautiful) film has, but few can argue that Beyond the Black Rainbow isn’t trippy. It might just be the trippiest movie on the list. Keep in mind trippy here takes on a whole different meaning than it does above with Tetsuo. Here, it is a fairly straight forward story of escape, matched up with incredibly surreal and breath taking imagery.

Beyond the Black Rainbow is what it would be like to try to escape from an M.C Escher painting. If it was painted by Hieronymus Bosch. 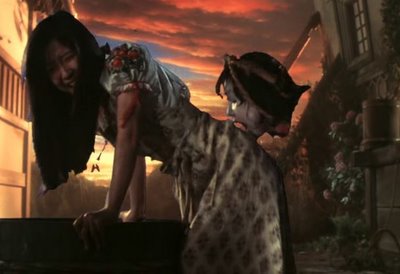 Sorry Cracked, but this picture is just TOO AWESOME not to use.

Another movie that should defy all expectations, big props to Cracked.com for making this film a household name. Hausu is about a young girl and her friends who go to stay at her aunt’s house. This is when all manner of insane shit starts happening. Killer pianos and ass eating, as that Cracked article demonstrates. But there is something so utterly endearing about Hausu that is really hard to articulate. Yes, this movie is bat-shit insane, but there is a unrelenting sense of fun throughout.

It almost feels more like a collage of thoughts that made it to film, as oppose to one, solid, cohesive picture. Invite some friends over, bust out the hookah, and watch THEM watching Hausu. Once you have seen it, it is more fun to watch other people watching it. You can actually SEE their minds get blown, many times over, by this movie.

Also see, House. It is not an American remake, but rather its own insane horror film about a messed up House. 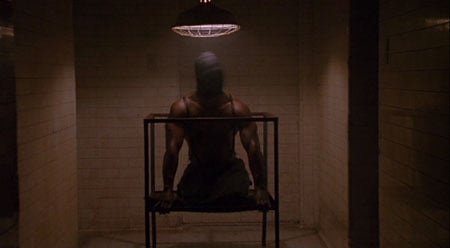 That is an ego killer when a guy with no legs who is confined to one chair in one room for his whole life is in better shape than you.

I have talked up this film a few times before, if for no other reason than the simple fact that it inspired the Silent Hill series, and the visual style of many horror films that have come after it.

Jacob’s Ladder is about a vet who comes home to find himself in a world that he does not understand. A world rife with the surreal and unnatural. From his wife growing (and grinding with) a tail, to faceless people driving by him in dark, unmarked cars, Jacob’s post-war life is more hellish than his life in war was. We see him battle as this all takes a toll on him, desperate to know what is happening to him.

While we may watch it now and see the ending coming a mile away, when this movie came out, it hit pretty hard. Huge props to Tim Robbins who really helped sell Jacob’s deteriorating mental state in this movie. Personally, I still think the visuals in this movie are far more effective than the effects used in many movies that have come out since. 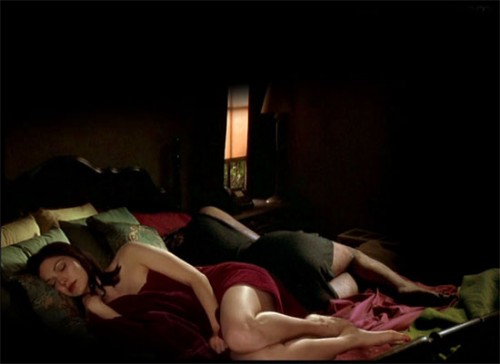 There may be nothing scary about this image, but trust me, this movie is one unsettling ride.

How could I make a list about trippy horror and NOT bring up a David Lynch film?

Also, see ANY OTHER DAVID LYNCH FILM! Inland Empire is even creepier than this one, but this one has the devil behind the diner scene, and that is one of my favorite surreal vignettes from any film, ever. 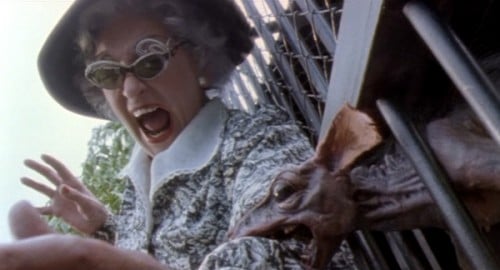 This is honestly the least offensive pic I could find for the film.

Sometimes, trippy can mean surreal, like it does in the above example. In other cases, it can mean the downright over-the-top and bizarre, which is what I would classify this Peter Jackson classic as. It has a zombie baby, an ass kicking priest, more gallons of blood than had ever been used on a movie before it, and the greatest dinner scene ever committed to film. Why the shit did Peter Jackson stop making movies like this? Oh yeah, to make the biggest (now, six part) trilogy ever. Still, though, that does not beat this:

Nauseating AND hilarious is hard to pull off in tandem, and Dead Alive masters it.

There is really nothing else I need to say after that clip. That clip wins the internet for the day.

When confronted with the question of their relevance in the Twenty-First Century, Disney has made a point to address the matter on a number of different fronts.  By buying out Marvel and Lucasfilm (and subsequently gaining control…

As I’ve mentioned before on Unreality, I’m a huge fan of Saturday Night Live, and think this entire season has been pretty damn solid. With one talented host after another taking the stage in recent…

There were many breakout stars among the cast of Guardians of the Galaxy. Chris Pratt will now be sought after as a leading man. Dave Bautista can now be considered an actor. Bradley Cooper demonstrated…

I often try to avoid being political on this site, because I find it tends to rub people the wrong way. We talk about movies, TV and video games here and if you start injecting…

(click to enlarge) Another year, another time I don’t get to go to SDCC. Sigh. Someday damnit! Until my plans fell through I was trying to think what costume I might dress up in should…