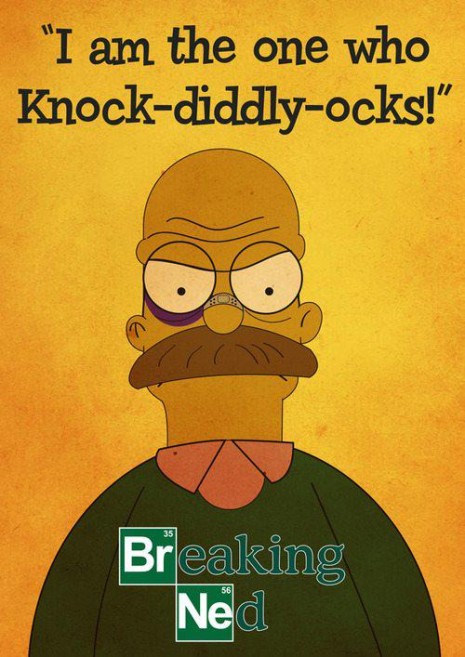 I haven’t watched The Simpsons in, I don’t know half a decade now, but Ned Flanders has never stopped being my favorite character. He’s been through a lot with the death of his wife, the most memorable episode of the show for me, and so I can see it being possible that he would go off the deep end like this someday.

I first found this on our own TJ’s Facebook, but I’ve seen it about two dozen times since then. I’m behind the times! No one out-pop cultures Unreality!