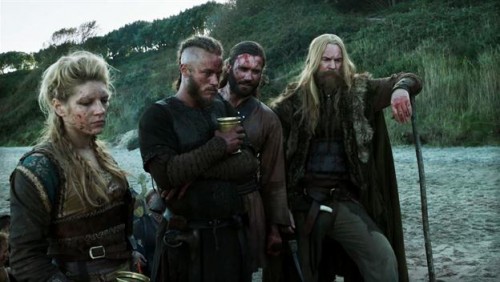 Everyone and their uncle has been badgering me to watch History Channel’s Vikings ever since it aired a little while back and somehow became cable’s #1 new scripted series in a really short amount of time. Usually when this many people say this many good things about a show, there’s some truth to it, and it’s how I’ve discovered many a good program. I waited until the season had runs its course and last week I sat down and watched all nine (odd number?) episodes in a row.

Our own E. Lee Zimmerman has already posted his thoughts about the show, which he equates to Star Trek in a comparison I never thought to make while watching, but I understand what he means. Vikings, at its heart, is about exploration, and Ragnar Lothbrok and Captain Kirk do share more than a few traits.

There are three main reasons why I liked the show, though it has its fair share of flaws. One of its best aspects is minor, but pulled me in nonetheless. I officially declare Vikings to have the best intro on TV right now:

Past that, Ragnar himself, played by Travis Fimmel, is literally the single most badass looking character on television right now. In truth, that could probably be true of most of the cast, as everyone is a beast and a half on this show, even the women, but Ragnar is just SO DAMN COOL. I will admit to something of a man crush on the guy with his piercing blue eyes and mohawked, braided hair. It makes me want to pluck him out of this show, and throw him into Game of Thrones. 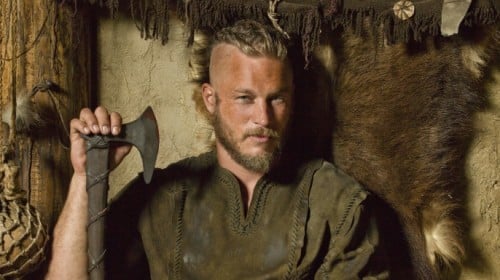 The show has inspired many comparisons to Game of Thrones with the time periods being similar (though one set in a fantasy realm), and sex and violence and brutality abounding. But in truth, they’re not really the same class of show, not to say each isn’t good in its own right.

Game of Thrones is like a five course meal with wine and a rich dessert. Vikings is like a peanut butter and jelly sandwich and glass of milk. That elaborate meal may taste divine, but sometimes you want something more simple and easy to consume, and a PB&J really hits the spot.

The third and most important aspect of Vikings that jumped out to me was the pacing. I have NEVER seen a show move so quickly through plotlines before. The pilot has Ragnar trying to pitch to his Earl that they should sail west this year instead of east, that there are rich lands beyond the ocean they could raid. The Earl laughs him off, and I figured season one would be all about Ragnar trying to building a ship, assemble a crew and head out over the water to find England.

They had landed and were pillaging an English monastery by episode two. 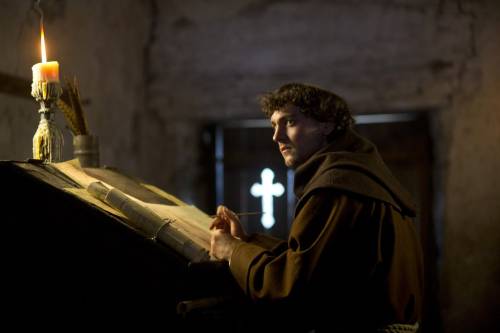 It’s really something else to watch the plot of Vikings unfold. It moves so quickly that there isn’t a single episode without something monumental happening. In only nine episodes, the show spans two or three countries and gives us two or three bad guys for Ragnar to take on. It moves at a lightning quick pace, and covered probably five seasons worth of potential storylines in one.

There’s a price for moving this quickly, however, and there’s a reason most dramas don’t do so. Barreling through plots like this means the story can feel disjointed and weirdly paced. In this instance, the main confrontation that’s been building all season happens about 2/3rds of the way through, and the subsequent few episodes feel like the first two or three of an entirely new season.

And moving this fast, it’s hard to stop and watch characters develop. Vikings often jumps ahead months or even years in between episodes. It flies so quickly that subcharacters are killed off before you even learn their names. You just identify them by their beards.

All this said, I like how different Vikings is than other shows out there. No, it’s not even half as deep as anything on AMC or HBO, nor is it quite as much fun as say, Spartacus was on Starz, but it’s found its own little niche and deserves at least a few short seasons to flesh out the story of Ragnar Lothbrak and his troupe of barbarians. And as this is the History Channel, I’ve learned quite a bit about Norse culture as an accidental byproduct of the show.

Check it out, it’s more than likely you won’t be disappointed.