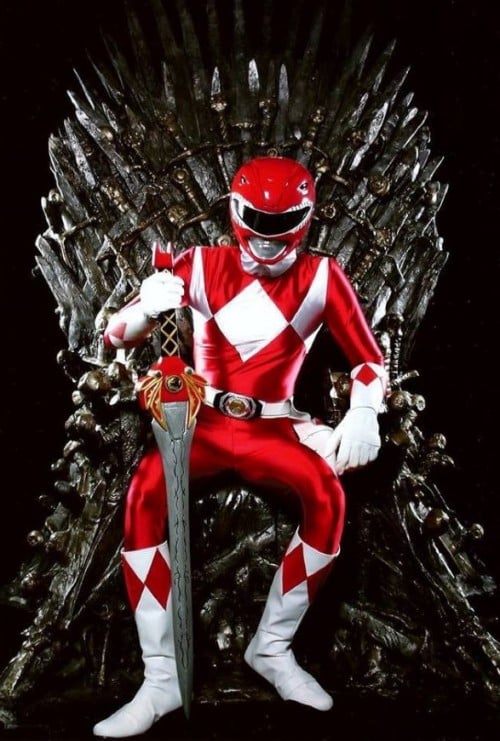 At first glance I thought this was a rather funny exercise in photoshop, putting the lead Red Power Ranger on the Iron Throne, but turns out this is a real shot.

It’s cosplayer Ananda Pun in the outfit, and it was taken at the London Film and Comic Con in 2013, where apparently they have their own Iron Throne replica on hand. There’s also a shot with the Green Ranger, but it’s a bit more out of focus and his dagger isn’t quite as impressive as Red’s longsword.