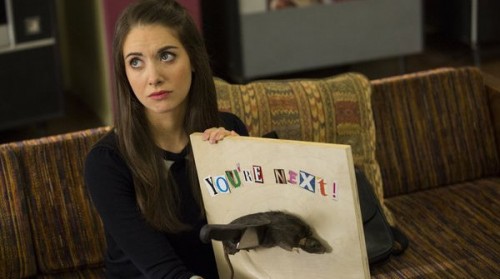 I’m not sure where I stand on binge-watching.  Paul’s made some excellent points in the past, and there are pros and cons to both sides.  One of the things that does happen when you binge watch, though, is that it becomes second-nature.  You start to binge-watch current shows.  At least, I do.

So when, for example, the Olympics are on (or I get insanely into Mass Effect), I can temporarily forget about shows that I really like.  I’ll wake up one Saturday and remember that New Girl exists and, lo and behold, there are 3 new episodes.  Pro: watching a bunch of episodes at once is really fun.  Con: it’s hard to get a dialogue started with friends or even randomly over the internet when everyone is watching at a difference pace.

All of this is leading up to the fact that, hey, if you haven’t been keeping up with Community, you probably should, because, spoiler alert, Season 5 is killing it.

So what’s good about Season 5?

LAVA JOUST… for one thing.

Also, quite a bit, actually, but one thing that really struck me is that they remembered (or perhaps it’s the Harmon Touch) that the characters are, you know, characters, and not vehicles for jokes.  Being able to turn from silly and hilarious to heartfelt and quiet at the drop of a hat is simply something you can’t do with characters that are more joke delivery-mechanism caricature than person.  I mean, have you ever seen a great human moment in The League? 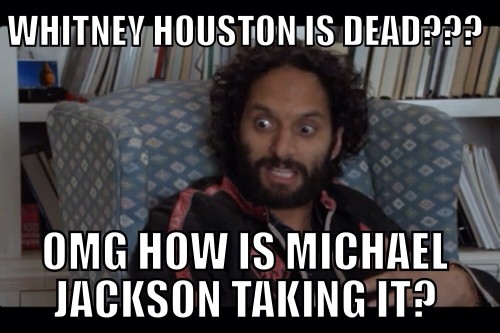 I’m not here to knock around the Gas Leak Season (season 4) – but one thing it missed badly on were the underlying relationships behind the movie parodies and trope deconstructions.  Take the early-season episode “Conventions of Space and Time”.  A perfectly reasonable premise (for a TV show) – Abed and Troy go to an Inspector Spacetime convention, hilarity ensues.  A show on top of its game would have found something waaaaaaay better for Tricia Helfer to do than play a forgettable convention nerd-girl who was basically the setup for a Jeff-gets-shirtless joke.  When you have someone that recognizable (and talented!) on your show, you do more than have them sit on a couch and be a foil for the Jeff/Annie saga’s latest wackiness. 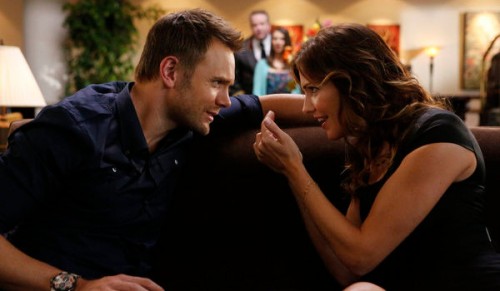 Although she does look awfully good doing it…

Compare and contrast with how they used LeVar Burton in “Intermediate Documentary Filmmaking,” from that magical run around the middle of Season 2 where they could seemingly do no wrong.

They really get some mileage out of LeVar.  Not only is he a great setup and foil, he’s also a lever – his appearance sparks fear and worry for Jeff and Shirley, and his advice to Britta spurs her own self-realization.  He’s integrated into that episode in a way that Tricia Helfer absolutely wasn’t.  And that’s what good shows do – they’re seamless; they understand narrative and structure well enough that the wires don’t show.  I enjoyed some of Season 4 – like I said, I’m not here to bash it – but there was a very distinct “Okay, I get what they’re doing here” vibe to it.

The greatness of “Intermediate Documentary Filmmaking” is a great segue into a Season 5 episode that’s almost an analogue of it.  Well, it’s totally its own thing, but it would be fair to call it an epic mashup of “Cooperative Calligraphy” and “Intermediate Documentary Filmmaking”: “Cooperative Polygraphy.”  In that it’s a combination of the two main themes of each episode.  For the first, it’s “bottle episode” and “getting secrets out into the open.”  For the second, it’s “self-realization” and “Pierce screws with the group by playing mind games.”

“Cooperative Polygraphy” is all four, in a brilliant example of what makes this show amazing.

It’s got everything.  It’s genuinely funny while genuinely exploring some genuinely complex relationships.  Now that the word genuine has lost all meaning…

It’s an episode that does it all.  It tosses out great jokes seemingly at will, but they’re jokes that are about more than just our base-level understanding of the characters.  “Britta is the worst” is a pretty easy concept for Community to make a joke about, but the second-level version of that joke says something about the character that makes the joke, and the third-level version of that joke says something about both characters and the difference between who they are now and how they were originally presented to us.  Let me see if I can break that last one down a bit.  Take this clip.  What parts are funny?

Season 5 is hitting all the right notes so far, and I for one can’t wait to see where they go next.

And finally, let me just say that I’m so, so glad John Oliver is getting more screen time.  I don’t know how long it’ll last – doesn’t he have his own show now? – but I’m going to enjoy this train while it’s running, because Oliver makes everything he’s in better.  I still think this might be one of my favorite pieces of comedy of all time.  Call me a simple man, but this works on me:

We try to stay out of the news here, but this was just too good to pass up. Casey Anthony does seem ripe for a Dexter case, but is one murder enough to meet his…

I’m a little late (or early) for Father’s Day, but I’m pretty excited to have my dad visiting this week. We’ll be doing some Christmassy and possibly touristy things in London, but it’s each of…

Though “Tardimus Prime” sounds like a phrase you could say that would disallow you from running for political office, it’s actually much less offensive than it seems. Rather, it’s what happens when Doctor Who’s TARDIS… 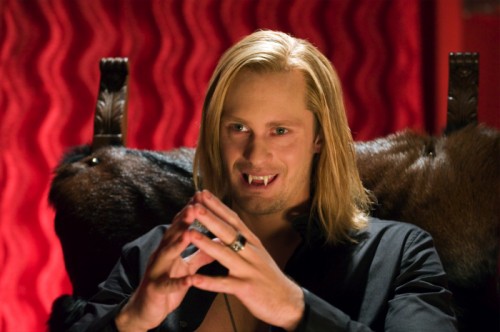 Ever since my cable company jacked up the price of HBO to an absurd $18 a month, I canceled it and decided it wasn’t worth $240 a year just to watch 20 minutes of Entourage… 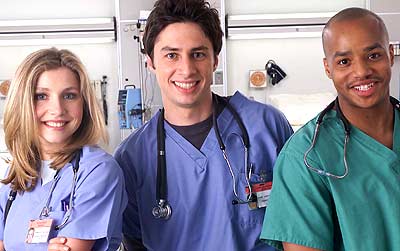 I came to a strange realization this week. With Stewart and Colbert on hiatus, and South Park shelved until whenever it decides to rear its head again for a few more episodes, Comedy Central, without…

I’ve had my fair share of conspiracy theories this past week with the release of BioShock Infinite, the ending of which I’m still trying to sort out in my head. But here’s one that’s a…