I was really excited for VGX because I’m usually excited for anything video game related. Before watching, I heard about its revamped format so it was definitely something I was looking forward to.

However, I found myself disappointed and tempted to shut off the stream early on in the show. There were a couple of welcome changes made, but it was largely overshadowed by a number of political production decisions. Sadly, I only stuck around for the announcements, which were subpar compared to what we were given in the previous years.

Read on if you’re up for a rant on how VGX’s revamped format didn’t change things for the better. 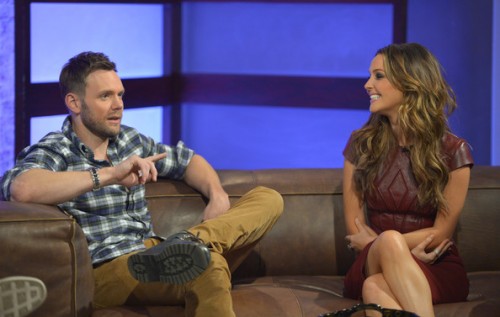 First of all, let me ask: Where are the awards? Okay, I know that not all the awards are presented in some ceremonies because “minor” ones are given backstage but I think I only saw approximately five awards. It really felt like the awards portion of the show took a backseat despite it being an award ceremony.

Why would they give priority to awards anyway if it doesn’t carry any significant weight? It’s like the MTV Movie Awards for video games. I guess people only watch this show for the exclusive announcements and most was either leaked or so-so. The only thing that got me really excited was the Quantum Break footage.

A part of me wishes that Spike would make up a council of video game industry figures to decide who gets the accolades. VGX needs to take itself seriously, so that other people would. People could still vote on some awards with “fan favorite” categories for example.

I thought that the studio setting was a good move to really focus on the developers and games since it removes all the fluff. However, it turns out that the fluff came with it. Some of the segments were just laughable and disappointing. Don’t get me started on the hosts who kept babbling on the GTA V concert grounds.

I was also genuinely excited about Joel McHale since he is funny on The Soup and Community. However, humor without passion for video games doesn’t really help him connect with the audience. Geoff Keighley’s passion and enthusiasm for games wasn’t enough to save the day. It was as awkward as watching James Franco and Anne Hathaway hosting the Oscars.

I feel like Spike keeps trying to make the show/event too mainstream for most gamers liking. This hilarious GIF comes to mind, only replace VGX with fetch:

This isn’t Geoff Keighley’s fault; VGX’s failure is probably because of the ignorance of some folks higher up in the production ladder. If they really want to hire a celebrity, get someone who is genuinely enthusiastic about video games. Liam McIntyre of Spartacus fame comes to mind or Mila Kunis. However, I think gamers will be satisfied with someone they simply respect and admire in the video game industry. They don’t necessarily have to be Hollywood famous.

It’s kind of strange that there wasn’t a live studio audience present. When I attended one of Spike’s events, we had to rehearse the clapping and cheering. It doesn’t matter if it’s fake, at least have some applause instead of awkward silence or asking few members of the crew to cheer out of synch.

Will I still watch next year’s VGX? Probably not, since I can just read the articles about it afterwards. Seriously, articles about the announcements come up even before the show is done.