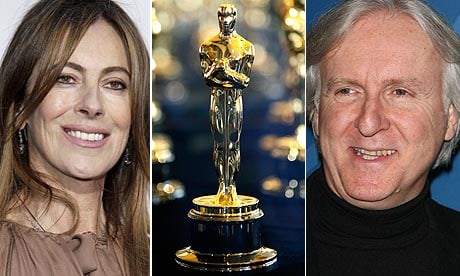 What’s up movie fans? Yes, every site under the sun has their own Oscar liveblog today, but none of those sites are as awesome as us, so once the action starts, stay here at Unreality where I will be posting real time updates on the action.

I’ll probably do a bit of red carpet beforehand so I can make fun of people’s outfits and pray someone invited Christina Hendricks. After that, the actual show starts at 8pm (EST) and I’ll be here with the commentary on the big event itself. When things get started, feel free to join in with your own reactions, picks and sarcastic comments.

7:20 – Charlize Theron is wearing a dress that has flowers where her boobs should be. The E! fashion police disagree on whether or not this looks ridiculous.

7:24 – What’s this chick’s name who looks like an alien and does fashion stuff for E? She’s kind of hot, but kind of terrifying.

7:26 – Matt Damon’s talking to Seacrest. Make fun of Ryan Seacrest all you want, but the dude knows how to smoothly work an interview with absolutely anyone.

7:28 – Who invited Jennifer Lopez and Marc Anthony? When’s the last time either of them did anything?

7:30 – George Clooney is clearly hammered and just said he voted for Jeff Bridges for Best Actor. As he should have. He also claims that unlike his character in Up in the Air, he’s not lonely. LIAR. 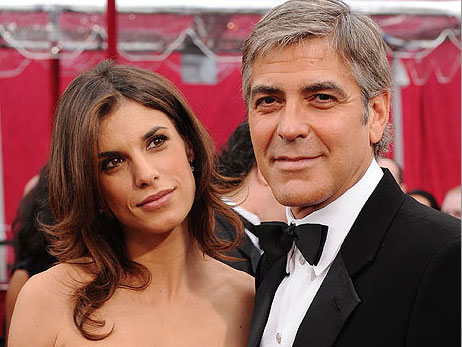 7:38 – Keanu Reeves does not know how to grow a beard. They’re showing the Twilight kids onscreen, of course they were invited.

7:44 – Ryan Seacrest is hinting at a surprise opening and getting yelled at by producers for doing so. I predict Ricky Gervais.

7:47 – Jason Alexander is saying he lost 5lbs with Jenny Craig. Quite the ad campaign there.

7:59 – Cameron Diaz is talking about sexually assaulting Jeffrey Katzenberg until he makes another Shrek movie.

8:01 – Alright, switching over to ABC. I thought the show started now. Apparently not. More red carpet.

8:04 – George Clooney is still drunk, now wandering around the back lot hi-fiving people. This is pretty awesome.

8:05 – Sandra Bullock’s dress says she wants to win. That sounds stupid, but it’s true. Look at that thing. 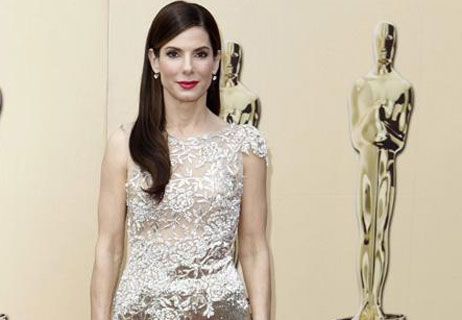 8:17 – Nothing interesting has happened on the red carpet in ten minutes. Ryan Seacrest was way better.

8:25 – OMG TAYLOR LAUTNER. I didn’t realize there was a Best Abs award at the Oscars this year.

8:36 – Eh, Baldwin and Martin are going to be super safe with the jokes. I miss Jon Stewart or Ricky Gervais already.

8:41 – James Cameron was MARRIED to Kathryn Bigelow? HOW DID I NOT KNOW THIS? 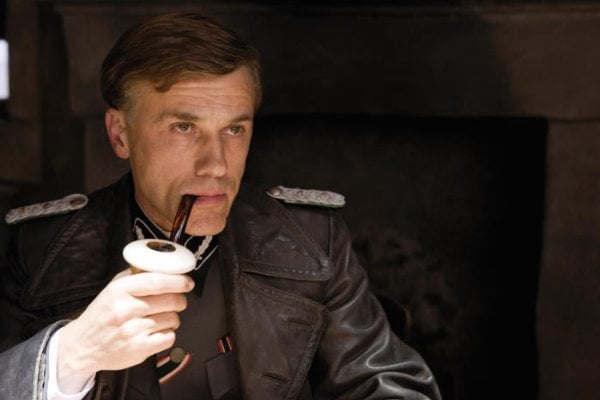 8:58 – Up wins. Duh. I mean, since it’s nominated for Best Picture, is it even possible that it could have lost?

9:01 – Best Original Song. Miley Cyrus messes up the teleprompter. 0 for 2 in presenter competence so far.

9:04 – Crazy Heart wins for The Weary Kind. That’s a really good song, so good that I’m downloading it right now.

9:12 – Robert Downey and Tina Fey for Best Screenplay. Best banter yet with a writers vs. actors debate.

9:14 – Best Original Screenplay goes to The Hurt Locker. A sign of things to come? I was really rooting for Bastards.

9:17 – Molly Ringwald and Matthew Broderick in a blast from the past. Oh, it’s a John Hughes tribute, that makes sense.

9:26 – I can’t believe Macaulay Caulkin is dating Mila Kunis. Life is so unfair.

9:28 – Zoe Saldana’s dress is the first one I can describe as “bad.” No one cares about Best Short Film. It’s what’s going to lose me my Oscar pool because I haven’t seen any of these.

9:32 – Logorama wins Best Animated Short. I actually picked it since it’s the only one I saw. I’m 4 for 4 in my Oscar pool

9:38 – Wow, Ben Stiller is out here in full Na’vi gear. That’s kind of awesome, and also terrifying. This must be Best Visual Effects. Errr, Best Make-Up I guess.

9:40 – Star Trek wins for uh, Spock’s ears? That’s it? I lose, I picked whatever Victoria whatever. That kind of shit always wins this kind of shit.

9:59 – Mo’Nique wins. Without a doubt, she deserved it from going from freaking Soul Plane to this kind of performance.

10:19 – Uh, so since the Academy never recognizes horror movies, they’re giving it its own montage special? Or they could, you know, NOMINATE ONE. It should be noted they’re barely showing ANY modern horror in this montage. I saw two seconds of Saw and one second of The Ring.

10:21 – TWILIGHT IS NOT A HORROR MOVIE. Good lord. Also, they’ve showed The Shining at LEAST 15 times so far in this montage.

10:24 – Sound Editing and Mixing. I have Avatar and Hurt Locker respectively.

10:25 –  Hurt Locker took both. I’ll take it I guess. I still don’t understand the difference between these two, but whatever.

10:35 – Cinematography. I’m a film journalist and I’m still getting a handle on exactly what this is. I have Hurt Locker here I believe, but watch Avatar take this one. 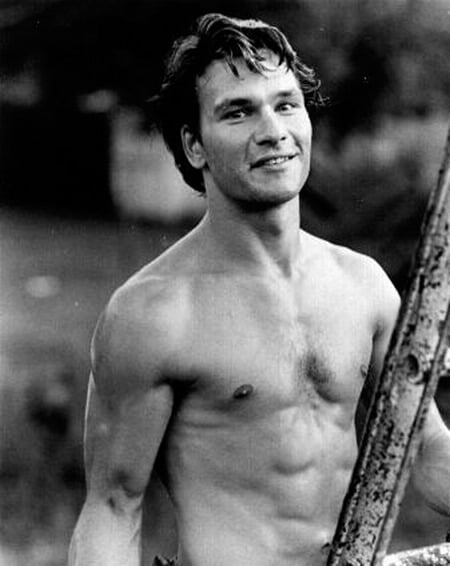 10:45 – Sam Worthington and Jennifer Lopez for Best Original Score. The girl next to me just said, “That guy isn’t paralyzed in real life?” We laughed at her. She is mad I’m putting this in the liveblog. I now must go get her.

10:48 – Breakdancing to all the Best Score nominees = not a good idea.

10:52 – Michael Giocchino wins! Awesome, I love him. He does the Lost soundtrack, which I’ve been praising as television’s best for years. Nice to see him win the big award here.

10:55 – Hah, yeah right, Avatar wins. I was slightly worried though, as this is the category which gave the award to The Golden Compass over Transformers in 2007.

11:01 – Best Documentary. I haven’t even come close to seeing any of these. I’m going with “The Cove” because it sounds cool. Oh it’s about dolphins, who knew?

11:04 – Yeahhh, I’m getting lucky with these random ones. But the biggies are really what’s going to matter.

11:15 – Pedro and Quentin presenting Best Foreign Film. The Milk of Sorrow is a pretty gross title.

11:24 – Best Actor! This should be a lock, but I suppose anything can happen. What is this “five friends” introduction thing? Man, this is going to take forever.

11:29 – Still going. Good lord, this is ridiculous. I guarantee you won’t see this next year. 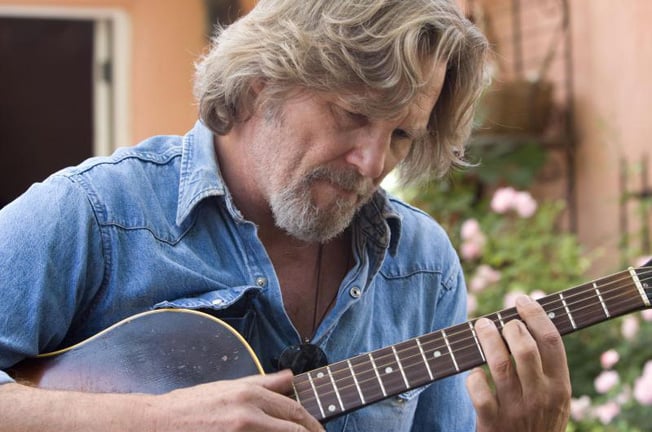 11:39 – Oh man, now we’re going to do this whole intro thing again with the actresses. See you in fifteen minutes.

11:48 – WOW. I mean, I picked her, but Sandra Bullock, man. Didn’t think it would actually happen, there are a million moms in America cheering right now. I really did dig The Blind Side so I’m cool with this.

11:52 – What is Streisand doing here? Best Director? Seriously? Whatever.

11:55 – Man, Bigelow takes it. Cameron SO deserved that, and this is waaaay political. Avatar CAN’T win Best Picture now with everything else it’s racked up, it’s gotta be a Hurt Locker sweep.

11:58 – Tom Hanks where the hell have you been? Stop doing Dan Brown movies.

11:59 – Whoa, that was quick. Guess they’re trying to cram everything in before midnight. Hurt Locker takes it, and I did pretty damn well in my poll here. I’m fine with Hurt Locker winning. James Cameron and Avatar’s highest grossing record will stand for a very long time. Until Cameron’s next movie at least. 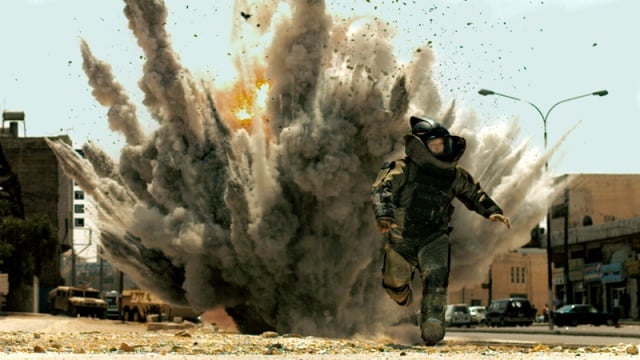 Not a very surprising show, but a good night nonetheless. Bridges and Bullock winning for the first time was great to see, and a female director nod is cool in its own right. Alright, I’m worn out, if you’ve got your own thoughts, post them below. Night all!