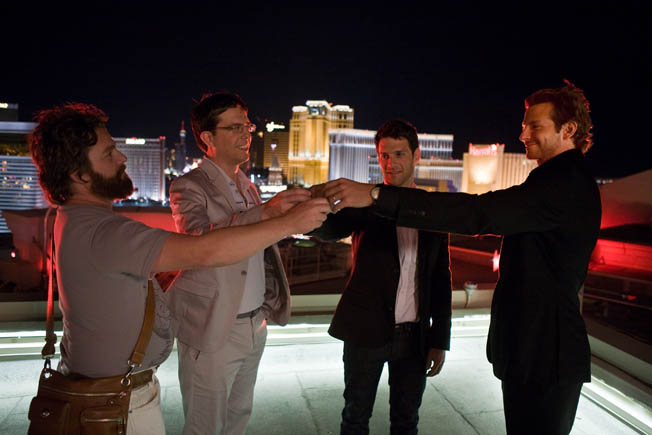 We seem to be living in an age where every R-rated comedy that comes out to high praise must either be written, produced or directed by Judd Apatow, or at the very least, feature a handful of the actors that make up his “stable.” So to see Todd Philips (Old School), a bastion of the previous comedy era (as in five years ago), come roaring back with a fresh faced cast and new material is incredibly refreshing, and that’s exactly what he’s done with The Hangover.

Three men wake up in a Vegas penthouse, their room strewn with smoldering furniture, blow-up dolls, a sombrero and a live chicken. They have no recollection of the previous night, which was meant to be a bachelor party for the fourth man in the group, who is now both missing and supposed to be married in 24 hours.
The trio has to piece together the night to find the groom-to-be, and as they unravel the mystery, they discover just how absurd things got, with a live tiger in their bathroom, a baby in their closet, a photo album of a shotgun wedding and of course, Mike Tyson.

This is the first real shot at a leading role that the always-supporting Bradley Cooper has had (unless you actually saw the rather magnificent Midnight Meat Train), and he doesn’t waste it. Sure, he’s cast as the role we typical know him for, the suave douchebag, but his character is affable and charming, as he always seems secretly excited as they figure out the events that unfolded throughout the course of the night, like when their valet brings them a cop car and addresses them as “Officers.”

This also marks Ed Helms’ first big onscreen role, and if this is any indication, he may be well on his way to emulating the careers of his fellow Daily Show alumns, Steve Carrell and Stephen Colbert. Helms is spot on as the repressed Dr. Price (D.D.S.), and as it turns out, he’s the one who let loose the most throughout the course of the night, temporarily trading in his psychotic girlfriend for a kindhearted prostitute played by (a criminally underused) Heather Graham. But hey, we get to see her boob.

No Vince Vaughn? No Seth Rogen? What’s going on here?

I must say that I owe an apology to Zach Galifianakis, who after I viewed the trailer I accused of being “a poor man’s Jack Black.” In fact, nothing could be further from the truth. Galifianakis has created his own unique character here (who you can catch a glimpse of on his web show, Between Two Ferns with Zach Galifianakis) who’s part socially retarded eight year old and part Rain Man, and I don’t just mean his blackjack skills. I’m sorry I stereotype chubby, bearded comedians, but I have to say, I hope we see much more of Galifianakis in the future, and much less of Jack Black. Although I’m already sick of spelling his name.

As for the film itself, the concept is really what drives it home. We all know the feeling of waking up in a pile of mess with a pounding headache wondering just what the hell happened last night. If you don’t, your college sucked. But taking it to Vegas and making it the most epic night on the town ever witnessed complete with tigers, babies, stolen cop cars, strippers, Chinese Triads and Mike Tyson, and it becomes one of the funniest mystery movies ever, as we all have to try and piece together exactly what happened.

But toward the end of the film, the gag starts to wear just a little, and most of the answers end up being a little too simple, or some are forgotten completely (the live chicken! Why?). A little more organization could have made this movie perfect, having every piece fit into the larger whole, but what they did manage to figure out is good enough for the film’s conclusion.

Besides a torrent of foul language and Heather Graham’s breastfeeding boob, the content is surprisingly clean, as you would think an evening involving Triads and strippers would be a little more graphic. But wait, stay for the credits and you’ll be treated to an X-rated slideshow filing in the missing pieces of the night that crosses every line and boundary of taste imaginable.

With the great press the movie is getting, Hangover 2 has already gotten the greenlight. I’m not sure the same concept can (or should) work twice, but in any case it’s nice to see that a non-indie, non-Apatow, non-frat pack comedy full of unknowns can succeed with a righteous combination of writing, acting and directing. Who knew that was still possible? 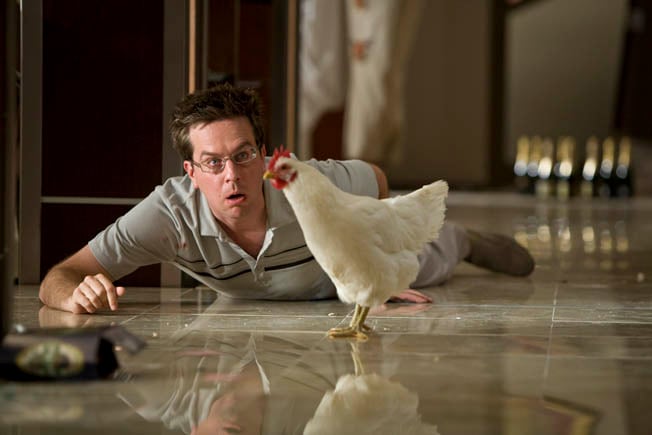 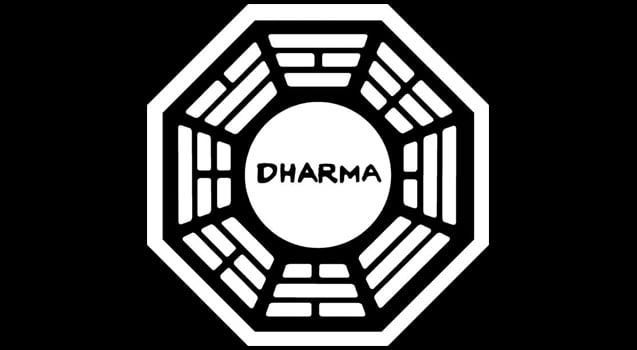