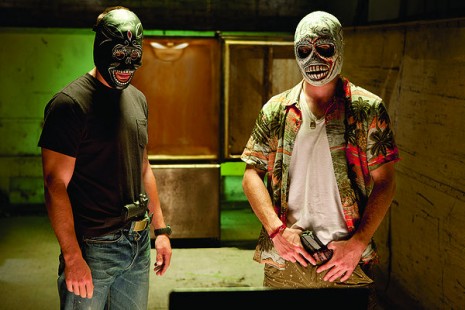 There’s just something about a revenge tale that’s makes for one hell of a good movie. From Taken to Kill Bill to The Count of Monte Cristo, seeing justice served will never get old, and it’s a genre that only seems to get even more satisfying over time as new stories are invented around the concept.

Oliver Stone’s Savages, has (had) that potential. A girl in need of rescue, and not one but two white knights to save her. A dangerous cartel, explosions, blood and a professional touch from the man who has given us such classics as Natural Born Killers, Wall Street and Platoon.

The movie starts out on a solid note. Two best friends have managed to cultivate some of the best weed in the world thanks to Chon (Taylor Kitsch) smuggling out premium seeds from his tour in Afghanistan and Ben (Aaron Johnson) with an expertise in botany that has no equal. As their business grows, so does interest from competition, and when they turn down an offer from a Mexican cartel to join up, their shared girlfriend Ophelia (Blake Lively) is kidnapped unless they agree to play ball. 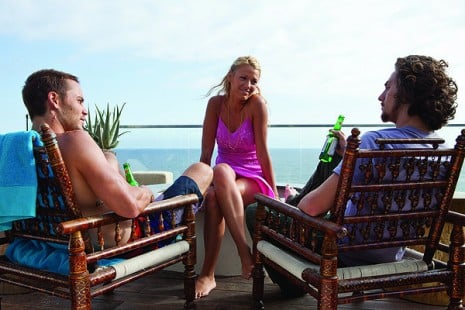 From this point, the trailer paints a picture of the young men turning into a masked vigilantes, hunting down cartel members “Taken”-style in an effort to get their girl back. But that’s not exactly the course the actual film takes, and instead the road to revenge takes quite a few detours and wrong turns along the way.

Yes, there is a brief moment where the duo crash a cartel cash drop like they’re Taliban ambushing the Army with IEDs and RPGs, but after that? To avoid further “heat” their plans must be toned down, and as such, the film isn’t the run and gun action adventure flick that was suggested at the outset.

In fact, it can be quite boring. The demands are constantly shifting over an unclear time frame of days or weeks, going from a forced business partnership to a one-time cash payment for her return. But as soon as it’s mentioned early on that the cartel leader Elena (Salma Hayek) has a daughter, it’s pretty damn obvious what the final scene is going to look like. But in the journey to get there, the film often feels like it’s slogging through the finish line with nary a gripping action sequence or an interesting dialogue exchange to be found.

The characters only undergo minimal transformation through the course of the film. Aaron Johnson has the only real acting challenge as Ben, having to go from peace-and-love hippie to cold blooded killer in order to get his dream girl back. War-ravaged Chon never changes because as the violence escalates, he simply becomes more at home, and the role isn’t a stretch for the usually morose Taylor Kitsch. His character’s theme and depth can be described in the singular line “I had orgasms, while Chon had wargasms.” Ophelia, their passed around lover, never stops being the spoiled, clueless rich girl, even Skyping the cartel leader to ask for weed as she’s held in captivity. 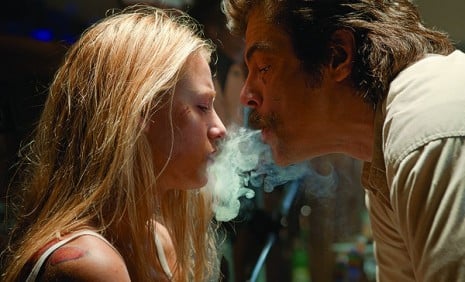 This must have been fun to film.

But it’s the cartel itself that presents the biggest tonal challenge for the film. They’re less like scary boogeyman, and more like bad Mexican soap opera characters. Hayek’s Elena and Del Toro’s Lado could be straight out of a telenovella, right down to hair and make-up. The film tries to make them hard-edge with tough talk and periodic torture scene, but they come off as more goofy than dangerous, and they never feel like a true threat.

The plotlines all become so muddled by the end, the movie literally does not know what to do with itself. Rather than map out two possible endings and cut one in a final edit, here Stone keeps them both. The film can’t make up its mind between a lighthearted or dark finale (echoing it’s schizophrenic tone throughout), and in the end both are simply left in the film. If that sounds perplexing, it’s even more so when you see it on screen.

Oliver Stone has made some great films in his day, but the man is not fond of editing. At just over 130 minutes, the film feels painfully long at times, and what seemed like a fast-paced action flick with a similar plot to Taken or Snatch, instead is an exercise in tedium despite its inherently violence subject matter. 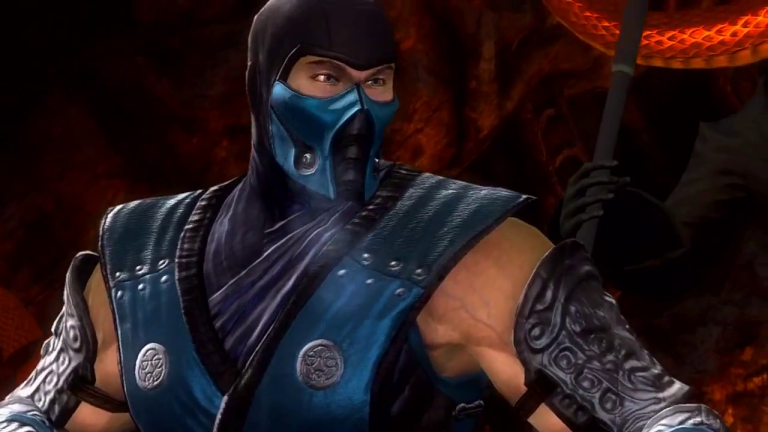