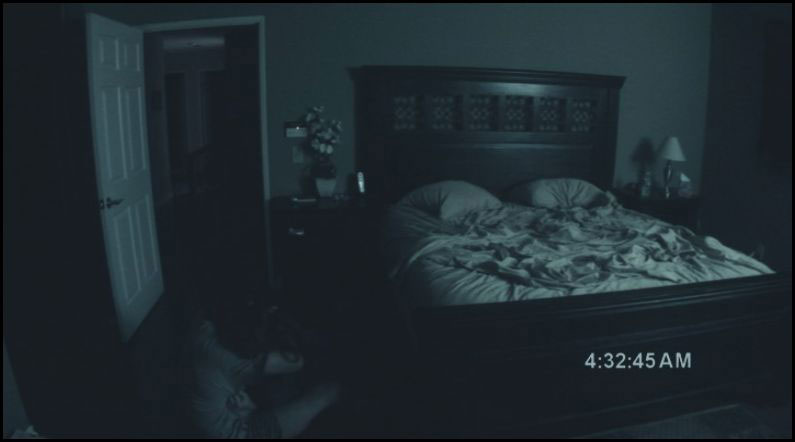 Aside from perhaps Avatar, Paranormal Activity has been the most hyped movie of the year, but while the former movie cost over $200M to make, the latter was shot for a mere $11,000. It’s the kind of low budget success story in the works that we haven’t seen since another similar project ten years ago, which featured a certain group of individuals with a video camera being hunted by a witch in the woods.

I finally got a chance to see what all the fuss was about, as I’ve had a severe distaste for the film’s “midnight screenings in 15 cities only” campaign that has been going on for some time, but now with showtimes expanding to more reasonable hours, I finally headed to campus in Ann Arbor, and got to see the so-called “scariest movie of the decade.” But is it really?

The plot of Paranormal Activity is relatively simple, and appropriately described as “Blair Witch in a house.” It’s all shot from one camera, and follows a couple that combat an evil force that has been terrorizing a girl for years, and has recently resurfaced in her boyfriend’s house. It mixes hand-held follow-around camera work with static, night vision shots, and the result is an incredibly immersive horror movie that will have you unconsciously on the edge of your seat the entire time. 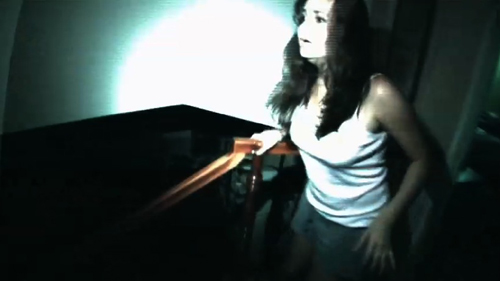 And yes, it is scary. There are some moments, one in particular, which made me uncontrollably jump in a way I haven’t since I was a child. The fact that Paranormal Activity was able to create even a few brief moments of terror for me, a person so jaded by horror movies I thought I could never be scared again, that is a definite accomplishment to flaunt, and I truly believe the stories of people passing out and throwing up during screenings.

However, the film suffers from a pervasive inconsistency of tone, and therefore fails to live up to its spiritual predecessor, Blair Witch, in almost every way. Micah, the boyfriend in the movie, is a bit of a wiseass, and actually spouts some pretty laugh out loud lines, as he doesn’t fully grasp the reality of the evil that lurks in the house.

But the problem is that these jokes persist throughout the movie, and once things degrade into complete madness and terrifying unexplained phenomena, one clever line or one cracked joke makes the audience burst out laughing, and completely destroys any built up tension the scene may have had.

The film also is too kind to its audience, giving them a respite from paranormal terror practically every other scene. The daytime shots look like they come from a completely different movie, as the brightly lit, luxurious house looks like something out of The Hills, and no amount of crying girlfriend can retain the same tension that’s built up in the night scenes. 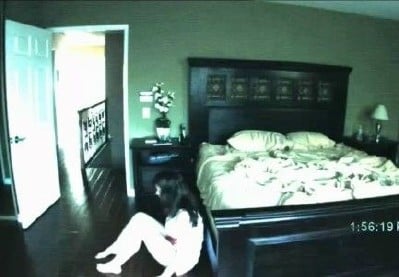 But once those night scenes do come, you can feel the anxious flutter of the audience before anything even happens. Each new night brings new, progressively scarier occurrences, and it is fun (and often terrifying) to watch what the evil force will do to f*ck with our terrified couple that evening.

Paranormal Activity is a good horror movie that could have been great. But a joke here, a brightly lit sun-room there, and it loses what made Blair Witch a classic. That movie was a constant psychological assault, due to the extreme hopelessness of being completely lost in the woods with no protection from outside forces. But two people, in a house that has fully functional lights and a door they can just walk out of at any time? It’s not the same level of pervasive terror, which I feel the film could have had with just a few rewrites.

But tonal issues aside, Paranormal Activity is on the way to being a huge sensation, debuting at fifth on the box office charts this weekend, grossing $7 million despite being shown on only a hundred and fifty theaters as opposed to the standard wide release of 2000+. That’s just insane.

It’s certainly not the greatest horror movie of all time, but it is a damn good one, and if you can manage to find a ticket to a not-sold out show, it’s worth the price of admission to feel brief something that only a handful of movies ever have been able to produce: actual, palpable, physical terror. 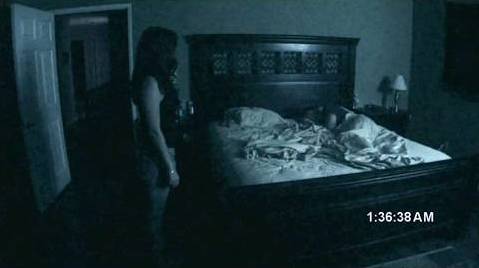