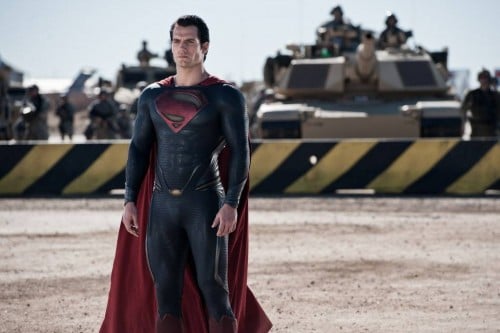 A new Superman film was always going to face an array of challenges. It would be a movie pulled in many different directions, and could easily suffer because of it. Would it adopt the lighthearted, joke-happy Marvel model that’s turned Iron Man and his Avengers into cash machines? Would he go for that now infamous buzzword, “gritty,” making Superman dark and tormented the way Man of Steel’s producer Christopher Nolan made Batman? Or would they attempt to slavishly devote themselves to Richard Donner’s original films, the way Superman Returns did, and suffered because of it?

Surprisingly, the answer isn’t any of the above. Rather, Zack Snyder’s Man of Steel manages to not feel like a copycat of anything that’s come before it, either in the modern age of superhero blockbusters, or the treasured years of Donner and Reeves. And really, it’s not like any of Snyder’s other films as well, filled with slow-motion action and rather nonsensical dialogue.

What we have is a film that manages to bring new life to our most prized superhero, one somehow we’ve deemed as rather boring over the years. How interesting can a character really be who can’t be killed, or really even hurt? We tend to like our heroes most when they’re vulnerable to some degree, not completely invincible, or literally bulletproof.

Zack Snyder’s Man of Steel is many things, but rarely boring. It’s visually astonishing, even if it didn’t utilize his famous slow motion action sequences, though it can be dramatically hollow at times. It’s a thrilling film as you watch it, and hard to find fault with initially. It’s only later when you start to reflect that the cracks start to show. 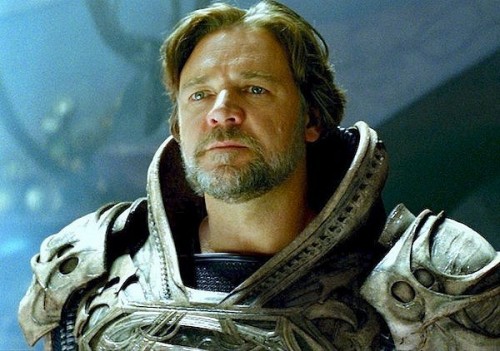 “Remember son, what we do in life, echoes in eternity.”

The film opens with a rather lengthy look at the destruction of Krypton, the longest sequence set on the planet we’ve ever seen on film. Krypton is collapsing, and there are two schools of thought to save it. Jor-El (Russells Crowe) is a scientist who wants to ensure Kryptonians can live on elsewhere in the universe, and pleads with the rulers to listen to him. General Zod (Michael Shannon) enters and promptly kills the council, and his plan is to save only the most noble bloodlines of Krypton instead. Jor-El spars with Zod but ultimately is able to launch Kal-El, his natural born son (a rarity in the genetically engineered world of Krypton) to Earth where he knows he’ll be a god and a beacon of hope for the humans. Zod is captured and found guilty of treason. He’s sentenced to live out the rest of his days in a timeless black hole, which turns out to be a better fate than staying on his planet, which promptly explodes once he’s gone.

It was unclear just what sort of origin story Man of Steel would be for Clark Kent, and subsequently Superman. Rather, the way it’s told is well-done, and works better than a simple linear telling of the events of Clark’s life before he dons the suit and cape. As the CW’s Smallville showed, you can get bogged down in that part of his life and you’ll be there for a decade before anything interesting happens.

Rather, Clark’s childhood is revealed through a series of flashbacks which show him acquiring his powers as a scared and confused little boy, learning of his origins as told to him by a surprisingly emotionless Kevin Costner, and turning the other cheek when bullies abuse him, even though he could destroy them if he so chose.

Most of these events are tied in with what’s going on in Clark’s actual life when he’s a fully grown adult years later. It’s here we’re introduced to Henry Cavill as Clark/Superman, and if there has ever been a man who looked more the part, I’ve never seen him. Casting here, at least visually, was pitch perfect. Clark works under aliases doing odd jobs around the world. Eventually, he lands in the arctic, following a lead where the military has found an alien ship under the ice. It’s there he meets Lois Lane, investigating the military’s shadowy project, and he saves her from the Kryptonian ship’s overly eager security systems. 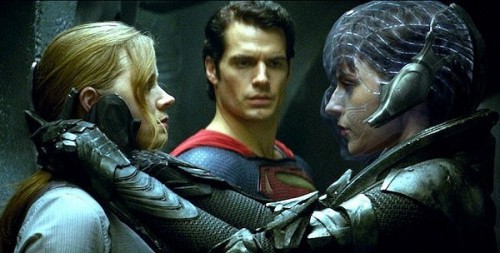 Soon after, Clark learns of his true origins through the holographic consciousness of Jor-El, acquires his suit, and must decide whether or not to reveal himself to the world when General Zod comes to town and demands his surrender. Zod believes Jor-El gave Clark an object that’s vital for repopulating the Kryptonian race, and he wants to start over on Earth. First step: wiping out all the pesky humans that currently live there.

There are few problems with the grand storyline here. This was a fine way to tell an origin story, and there aren’t many yawning plot holes that prove to be distractions. But it should be noted that while say, a Nolan Batman film is full of mysteries and twists and turns, there’s none of that here. There are few surprises to be found as the film unfolds, and you’re always fairly certain of where it’s all heading. And you’ll be right.

The script is solid, much better than any other Superman’s had to work with, but the performances can be a touch uneven. I’ve mentioned Kevin Costner is incredibly flat as Jonathan Kent, but fortunately Clark’s biological father, Russell Crowe, is far more engaging in a performance that he could have easily phoned in, but didn’t. Amy Adams is surprisingly great as Lois Lane, when she seemed like an odd pick for the part.

That leaves the two leads, Superman and Zod. As said before, Cavill was a perfect pick visually, and his sculpted physique paired with an incredible costume design makes him look more like Superman than anyone who has come before him. But as a character, there still isn’t all that much to him. The problem of Superman having few flaws still remains here. He’s just an all around good guy who will always do the right thing no matter the circumstance. He’s tested physically and morally from time to time, but he never fails to pass with flying colors. Until perhaps the very end, but that’s a debate for another day. 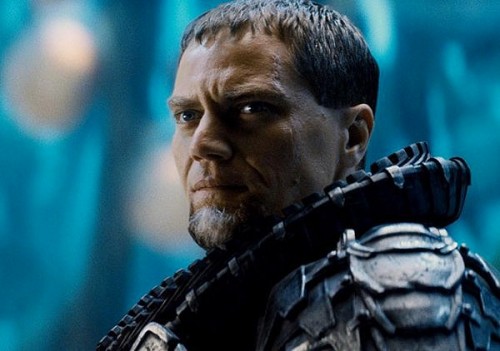 Every Michael Shannon role must come with some degree of mental illness.

Zod is a curious case. The dynamic between him and Jor-El is interesting, as are his motivations (“I was bred from birth to protect Krypton no matter what to cost. It is all I know.”). His character is compelling, but Michael Shannon’s performance in the role isn’t, if that makes sense. Shannon is a great actor, but I’m just not sure “Alien Warlord” is in his repertoire. His Zod is almost entirely pure rage with little else to him, and that can grow tiresome over time.

The film only shines dramatically in select points, but I was consistently impressed with the action. Man of Steel starts out with a slow burn, trying to develop Clark, Lois, Zod and the others. But midway through a switch is flipped, the fight scenes are unleashed, and they’re simply incredible. Superman is often accused of “fighting fair” to the point where he’s boring. He’ll throw people into things, but rarely throws a solid punch or blast someone with heat vision. Here, he does all of the above, fighting against Kryptonians just as strong as he is. The fights are furious and incredibly intense. Their scale is absolutely massive, as is the level of destruction they cause to the surrounding area as people crash through skyscrapers in mountains. Perhaps the most fantastic moment to sum up just how epic these sequences get is the finale fight between Superman and Zod that takes them from the streets of Metropolis to bashing into a (Wayne Enterprises) satellite in space. Snyder holds nothing back here, and it’s glorious.

Man of Steel is fun to watch as it’s happening, and is entertaining enough where it can draw thunderous applause from the audience when the credits roll. Afterward, however, there’s not quite the “wow” afterglow you may have found when watching The Avengers or The Dark Knight for the first time. It’s a really damn good film, but there are a few too many pieces missing to make it truly incredible and unforgettable.

That said, it deserves more praise than its getting. It’s twice the movie Superman Returns was, and in my opinion, much more enjoyable than the original Superman films as well. Superman is a tough character to work with, but this was a worthy attempt at doing him justice. Snyder almost got it all right, and I really want to see him give it another go to see if he can craft a Dark Knight to his Batman Begins.

Man of Steel is a unique brand of superhero film that doesn’t feel the need borrow from its popular competition. It’s the truest representation of one of our most beloved heroes that we’ve seen in years, and it’s well-made enough for us to forgive it some of its faults. 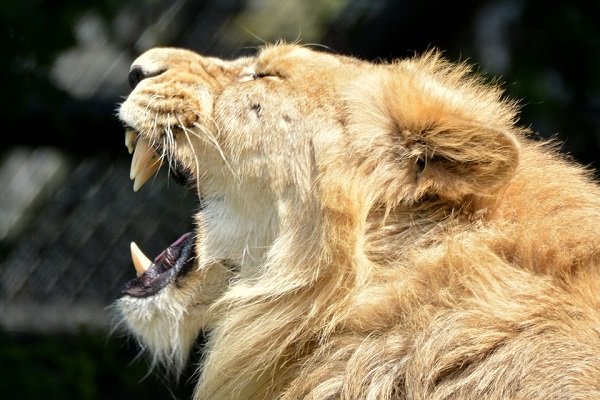 Have you ever stopped to wonder how movies make some of the amazing sounds that it does?  I mean how in the world did people figure out what sounds a T-Rex makes?  Well, technically no…

As frightening as they are, serial killers are fascinating. What causes someone to kill anyone let alone three or more people? Since the mid 1970’s when the term “serial killer” was coined, not only have…

Call me a philistine, but I just saw Lawrence of Arabia for the first time this summer, after seeing it referenced in Prometheus. I realized several things while watching David Lean’s masterpiece: 1. Great actor… 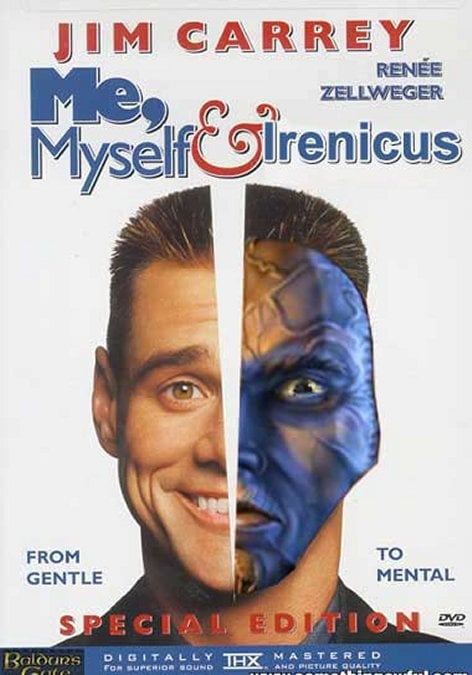 So I know we had a little bit of a discussion about this song on yesterday’s Jason Yang post, but Flynn pointed me in the direction of this video by Malukah. It’s The Rains of…