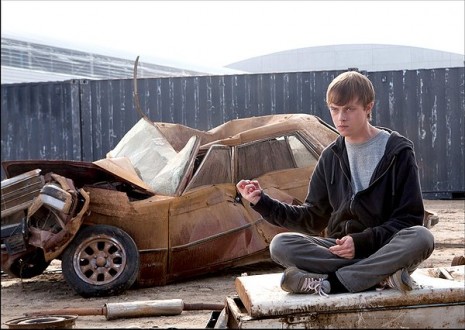 Films like Kick-Ass and Super are enjoyable because they imagine what it might be like if the particularly brave or mentally ill decided to become superheroes despite having no actual powers. The reverse side of that, an everyman developing superhuman abilities, has been the subject of many comics throughout history, and is the origin story for the majority of our now-classic heroes.

But what if comic book lore was given a decidedly human twist? What if the people given those incredible powers were just three kids from your high school history class? Chronicle aims to well, chronicle what exactly that journey might look like.

For as much as “found footage” films are derided as of late as the newest trend in movie making to be exploited, I would argue that the fact remains that the majority of the films that use the tactic are in fact quite good. It may be personal taste, but I’ve very much enjoyed movies like Blair Witch, Rec, Paranormal Activity and so on. The only real film to use the style and breakout of the horror mold has been creature feature Cloverfield, but now we get to see a new genre through that lens, the superhero film. 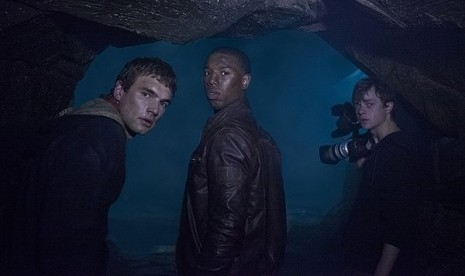 Chronicle tries to show a “realistic” depiction of superpowers, developing organically among a trio of normal teens who stumble upon a strange object buried deep underground. The mystery of the origin of their powers isn’t the point of the film, rather it’s what they do with their gifts when they receive them.

The film centers on Steve (Michael B. Jordan), a popular kid and class president candidate, Matt (Alex Russell), a stoner with a philosophical streak and his cousin, Andrew (Dane DeHaan), a rather weird loner with a troubled home life. The film opens with Andrew’s recent purchase of a camera, which he tells his abusive alcoholic father is to “record everything” that happens in the house, but he persists in carrying it with him around everywhere, even to school and parties, which results in even more bullying and snide remarks. But it’s his way of putting distance up between him and the world.

This film diverges from other “found footage” projects in the sense that it doesn’t actually say the footage is necessarily “found.” Andrew’s original camera is destroyed when they find the mysterious object, and though most of the film is shot from a new lens of his, there is video included from other students, security cameras, police dashboards and mobile phones. It creates a sort of mosaic effect in telling the story, and is a neat technique I haven’t seen before. 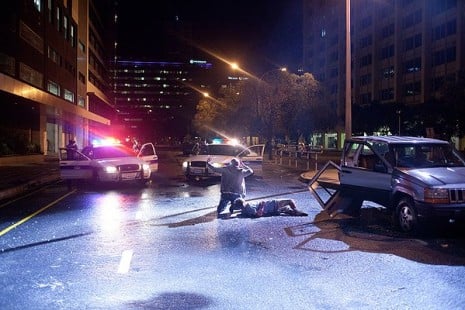 “Don’t make me go all Magneto on you!”

Once the trio gets their powers, the transformation starts to snowball. All three are given telekinetic abilities, which starts with the ability to juggle tiny legos in mid-air, but eventually evolves into being able to move entire cars and more. Bonus powers turn out to be the ability to fly by levitation, and also the ability to create an impenetrable barrier of energy that protects from bodily harm with enough foresight and concentration.

The film parallels the classic Carrie in many ways. It too told the story of a similarly bullied teen granted telekinetic powers used to lash out in anger. Andrew begins to head down a similarly dark path, as between constant abuse at home and at school and a dying mother, he’s probably not going to emerge from this a superhero.

It really is fascinating to watch the superhero/villain dynamic unfold in a realistic fashion. Staples of traditional comic books, costumes, deformities and the like, are brought into the story in believable and subtle ways. The film is sure to surprise many, as you would have a hard time predicting just how dark it gets, and how vast its scope becomes. For a low budget feature, they do a fantastic job of escalating the action in bigger and bigger ways. The final fight scene is one of the best super powered battles I’ve seen, and that’s saying something when you remember all those blockbuster films have about fifty times the budget as this movie. 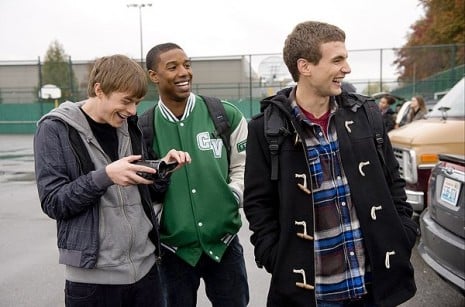 Good times spent with friends! May they last forever.

There are moments when the CGI becomes a bit goofy, and the flying sequences probably need the most retouching, but for what they have to work with, it’s pretty damn good. The performances by the young, relatively unknown cast are what make the film work, and Dane DeHaan in particular does a great job of representing the tortured soul of Andrew. He may go a bit over the top sometimes, and the film along with him, but I couldn’t stop thinking of him looking like a young Leonardo DiCaprio right before the Titanic era, and I’m curious to see what his future brings as an actor.

Chronicle is undeniably thrilling and proof that found footage is a genre that deserves to exist as it continues to be a very personal way to tell a story, no matter how small or epic in scope it may be. With this film, we get to the behind the eyes of a victim who is mercilessly bullied, and how he acts when he gets the means to defend himself. It may be a rough around the edges allegory, but it’s a harrowing journey, and one definitely worth watching. 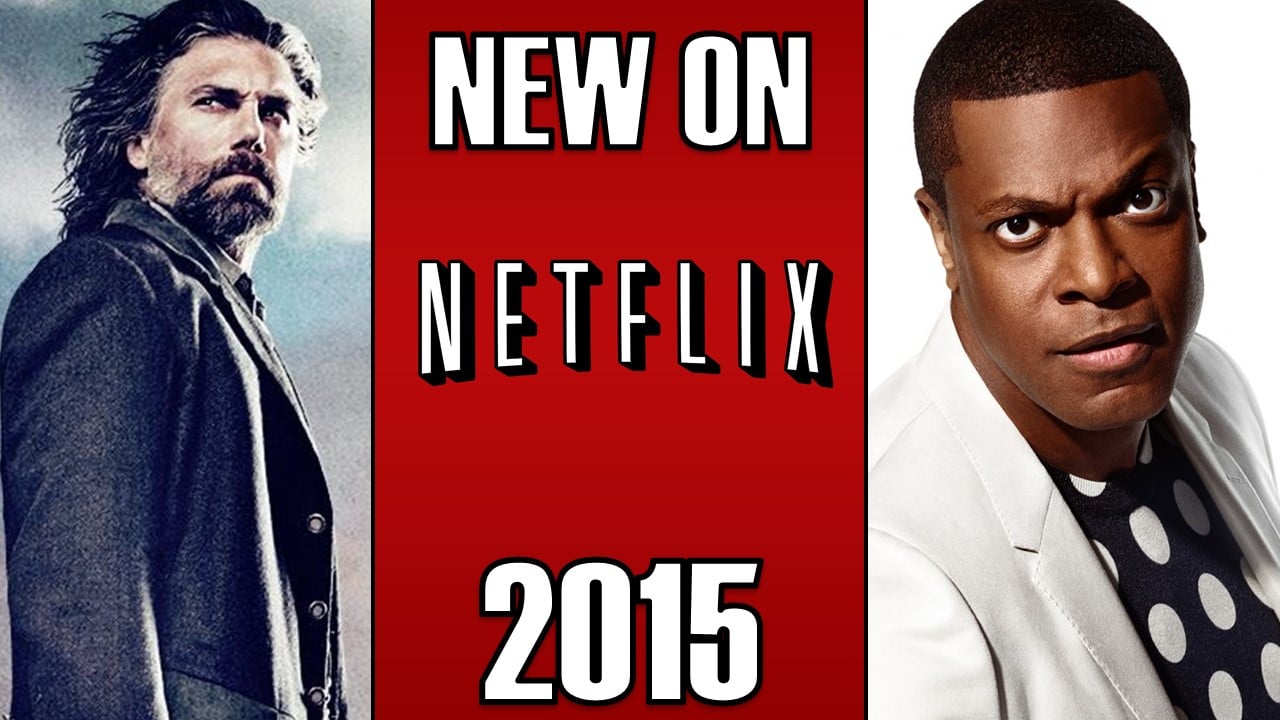 https://www.youtube.com/watch?v=JLgYqznD118 Hey what’s up guys, are you like me? Some mornings you wake up, you’ve got nothing to do and don’t really feel like leaving the house. So you flip open your laptop, click on…

(click to enlarge) Part of the fun of coming up with sci-fi is imagining what the future will be like. Predictions are almost always certainly wrong, but it’s fun to speculate about anything. In the…

Guys, this is a pretty big deal to me. My first day of my new column, Why Haven’t You Seen It, on Unreality. Here, I will be focusing on one movie, once a week, that…

1 out of 5 stars It breaks my heart to loathe a horror film that on the surface sounds like it has a creative concept. No murderous masked slashers, no zombies and hallelujah, no vampires…. 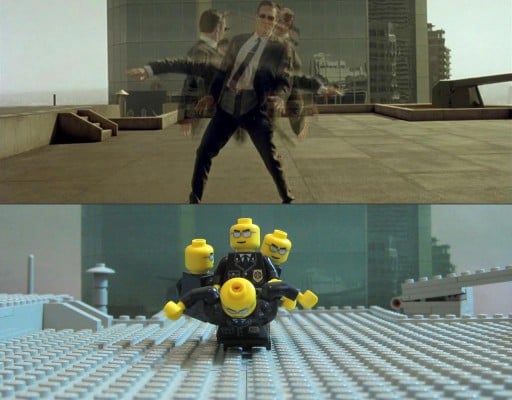 At first I thought this was one of those “If Batman Begins was an ABC Family original movie” videos where it’s recut in a funny way. Then I realized it’s the actual promo for the…